Scott Comens, doesn’t even remember what was the first thing he ordered from D&H Canada, but he’s well remembered by the folks at the IT distributing company because Comens happens to be the business’ first customer when it opened its doors in the country back in 2007.

Comens, owner of computer hardware and software firm Neutron Digital Solutions of Waterloo, Ont., got to cut the ribbon this week during the open house event marking D&H Canada’s move to its new facility in Brampton, Ont. 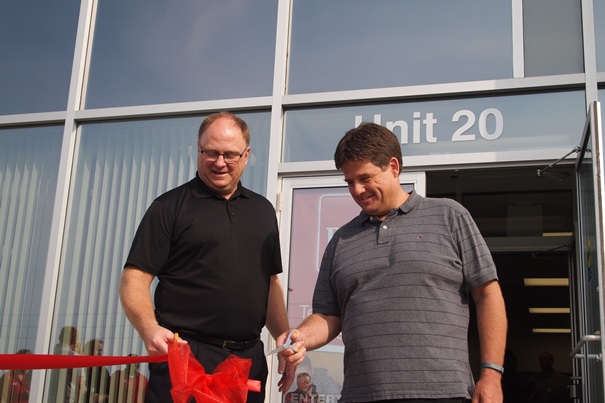 “It’s very nice of them to remember this way,” he told CDN. “I can’t even recall what I bought back then, but I have been coming back to them ever since because of the excellent service and expert product knowledge.” Comens said he regularly sources his computer and printer products from D&H. 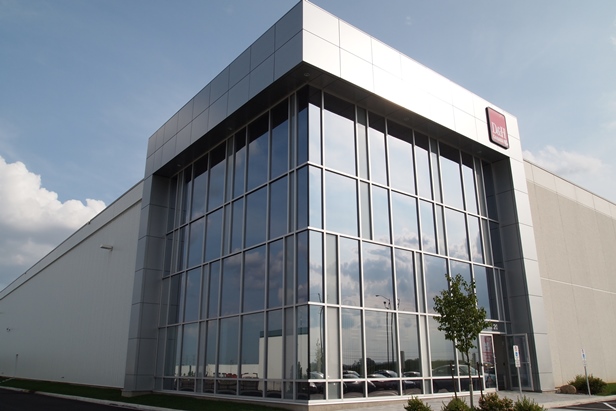 D&H Canada employees actually moved into their new 100,000 square foot building back in June but held back the celebration until August 6 to synchronize it with the commemoration of the IT distributor’s sixth year in the country. 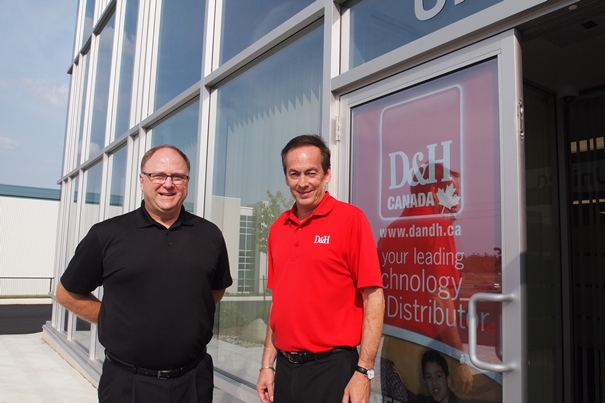 “We wanted it to be a special day for our partners and customers who helped us get to where we are,” said Greg Tobin, who has been general manager of D&H Canada since it the Harrisburg, Penn-based distribution company first opened shop north of the border back in 2007. 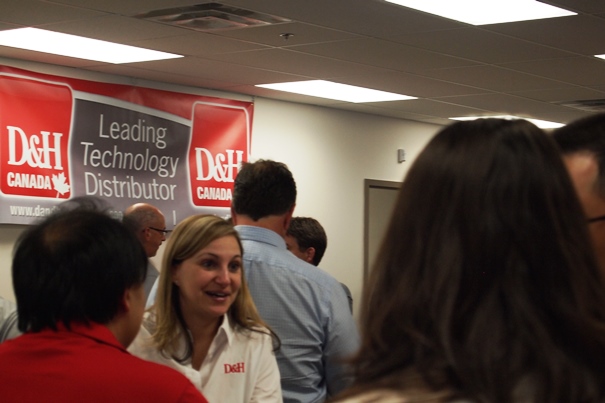 Tobin said this is his team’s third move to accommodate business growth. The big thing about this latest facility is that it has separate shipping and receiving areas which makes for faster delivery and pickup for suppliers and customers. 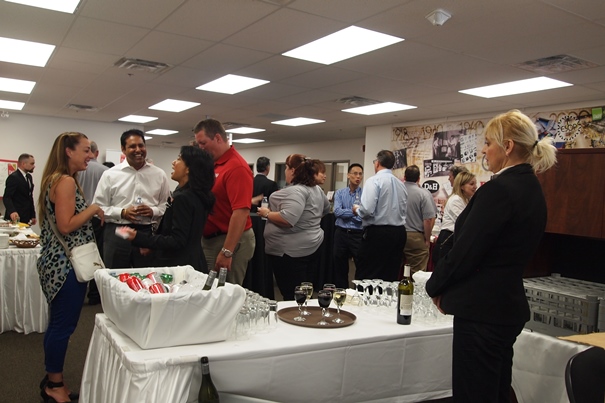 “This location is roughly double the size of old facility in Mississauga,” said Tobin. “The separate, dedicated shipping and receiving areas ensure that there are no delays in unloading or shipping out orders.” 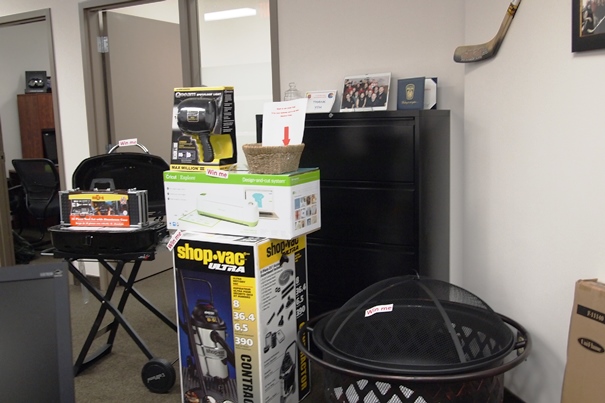 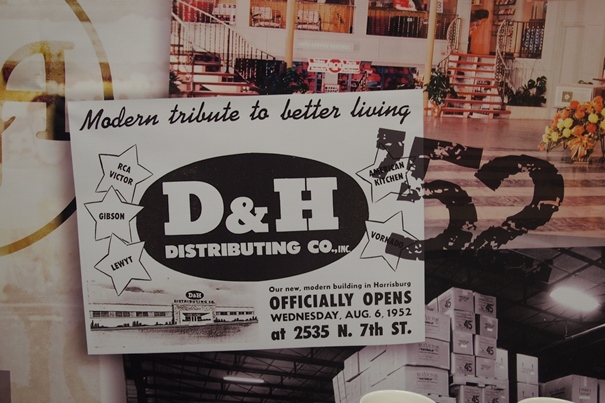 In addition to ample inventory space, the distribution center features an upgraded IT back-up and power supply system that will ensure same-day shipping even in the event of an extended power outage. 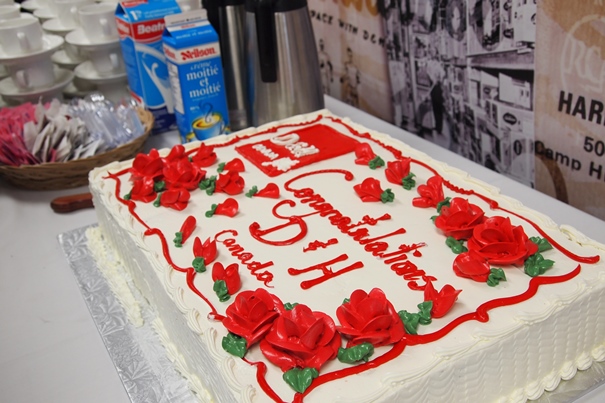 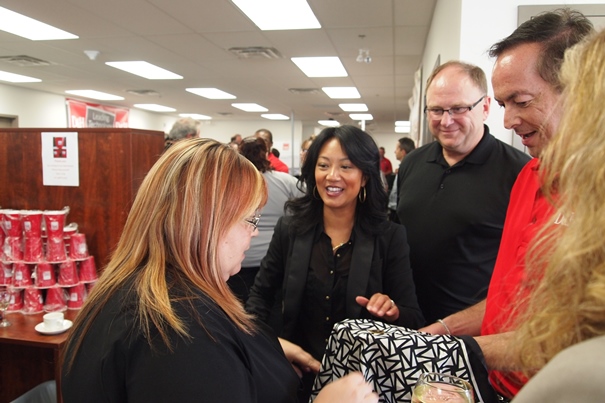 D&H traces its roots back to 1918, when the company was founded as a tire retreated business under the name Economy Tire and Rubber by brothers-in-law David Scwab and Harry Spector. By 1921, the company was selling wholesale parts for the automotive industry. 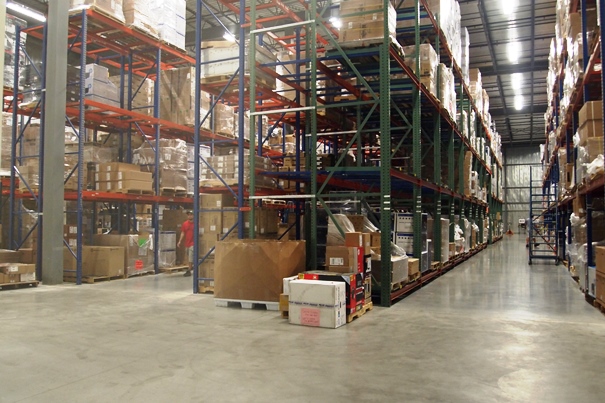 A banner displayed during the celebration even showed D&H pictures and posters advertising refrigerators, washing machines, vacuum cleaners and cooking ranges as the company took advantage of the post-World War II boom in North America. 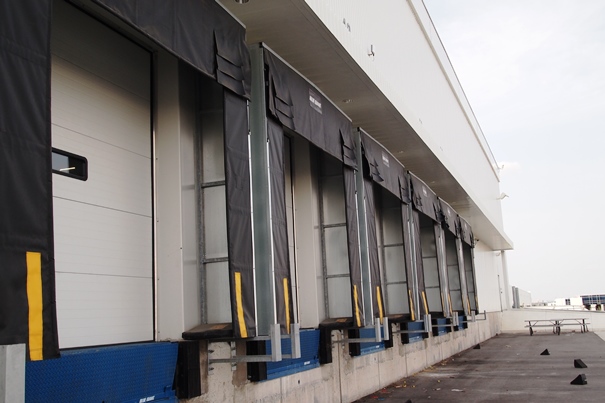 The shipping and receiving areas

The company switched to IT gear around the 1980s following partnerships with Texas Instrument, Packard Bell, Commodore Computers and Panasonic Printers. 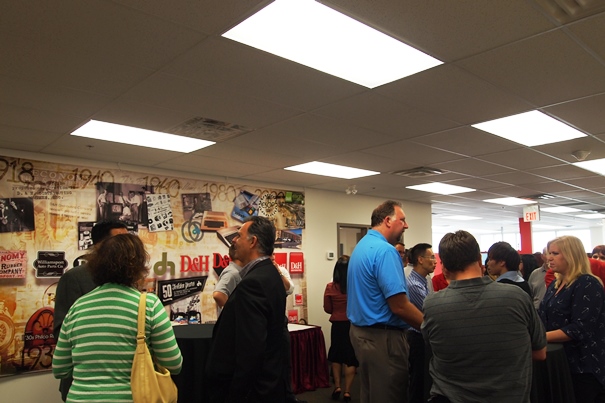 To date some of D&H’s largest suppliers include Microsoft, Cisco, and Lenovo which were added between 2000 and 2007, said Jeff Davis, Harrisburg-based senior vice president of sales and a co-owner since 1982. 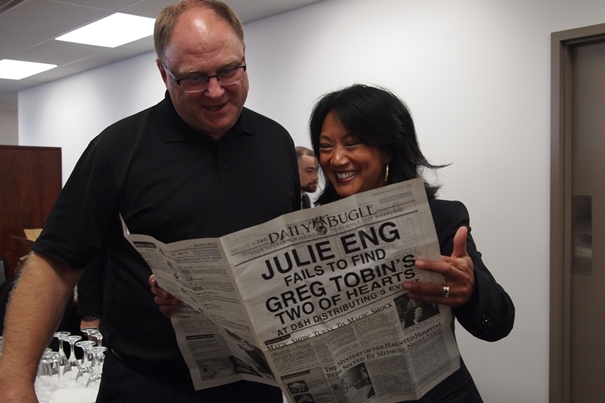 “Year-over-year revenues at D&H Canada, includes 18 per cent gains overall in Fiscal Year 2014 and estimates of up to 25 per cent growth predicted for the forthcoming fiscal period,” he said.

Davis also sees more growth in the areas of mobility and networking infrastructures, as a result of a pending refresh prompted in part by the migration away from Microsoft XP environments.