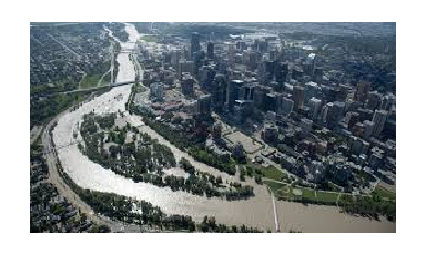 We all know that the IT channel in Canada has big heart for charity.

And, D&H Canada is taking it a step further by donating a percentage of profits to the Canadian Red Cross Alberta Floods Fund. We have all witnessed nearly a week flood waters devastating Alberta cities and towns; many of which are homes to some of the great solution providers in Canada.

D&H Canada initiated this effort to help the victims of the Alberta floods and has committed to donate one per cent of sales from orders placed on July 4 through D&H Canada.

The flooding has resulted in large-scale evacuations and is estimated to have caused billions of dollars in damage, with enough financial impact to affect the total Canadian GDP. Community and government leaders are calling for assistance for the people of this region.

“We are extremely saddened by the devastation that has occurred in Alberta, where many of our customers and partners have lived and conducted business for decades,” said Greg Tobin, general manager at D&H Canada.  “We would like to offer our encouragement and assistance by contributing to the recovery effort.  D&H wishes the people of Alberta strength in rebuilding their homes, their infrastructures and their lives.  The spirit they’ve shown so far in the face of this challenge is inspiring.”

CDN Staffhttps://channeldailynews.com
For over 25 years, CDN has been the voice of the IT channel community in Canada. Today through our digital magazine, e-mail newsletter, video reports, events and social media platforms, we provide channel partners with the information they need to grow their business.
Previous article
Arrow and Avnet will offer McAfee’s embedded solutions
Next article
IBM turns to a partner-led strategy for training

Calgary primed, ready for what it thinks will be a massive tech...

The journey to make a difference