Prone to dropping your phone? You’re not alone.

In the US, iPhone users alone have spent nearly $6 billion between 2007 and 2012 on repairing their devices.

On Monday, SquareTrade Labs, a company that sells smartphone protection plans, released the latest findings in durability of some of the most prominent smartphones out on the market today, and the results may surprise you.

The Samsung Galaxy S7 and S7 Edge, which advertise dust and water resistance do, in fact, excel in this area over the Apple iPhone 6s.

Where the iPhone 6s performs is in screen durability, however, with its supposed ion-strengthened glass.

In the water test, SquareTrade Labs submerged phones under five feet of water for 30 minutes, and also dropped devices in an enclosed chamber at a rotational speed of 50 revolutions per minute for half a minute.

While the S7 and S7 edge both survived the water tests, they suffered permanent audio damage. Meanwhile, the iPhone 6s Plus malfunctioned within minutes and gave out completely before the half hour mark.

Yet, when it came to the drop test, the iPhone 6s apparently came out without a scratch. Both Samsung phones saw significant damage. Strangely enough, the iPhone 6s Plus’ screen was completely shattered.

Overall, out of all four phones, the company rated the iPhone 6s as the most durable overall, and the 6s Plus the least durable.

Check out the infographic below. Note that a higher score indicates a higher risk of breaking. 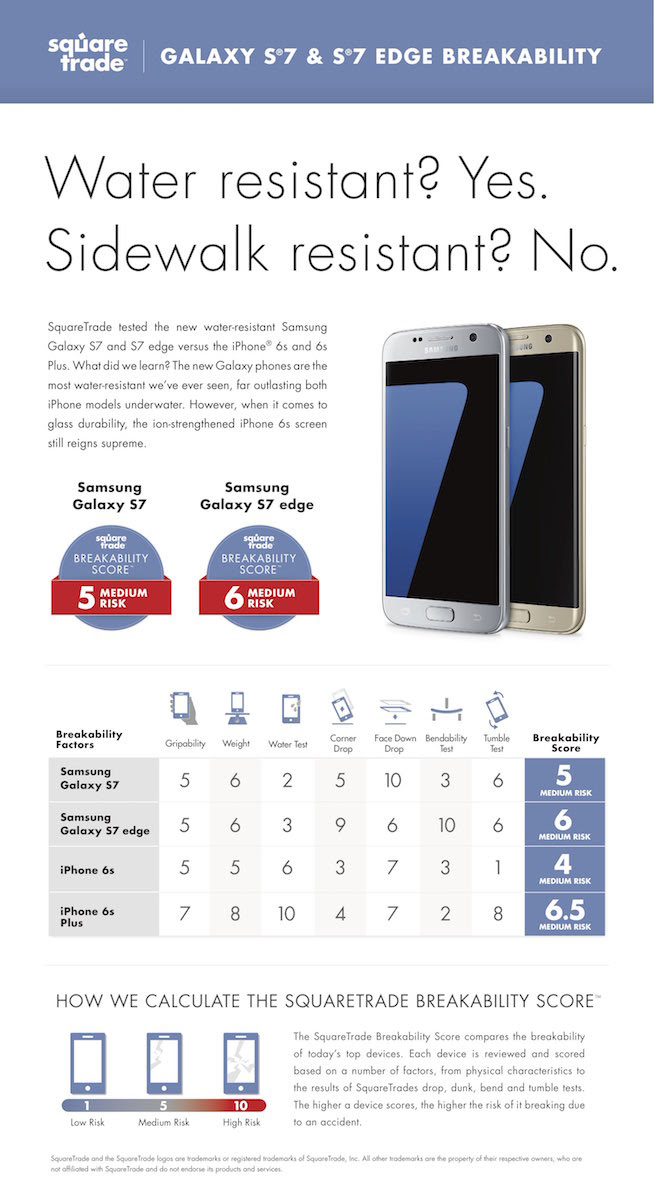