One of the real mainstays of the Canadian channel community Michael Kerr, channel chief of EMC – now Dell EMC, is retiring on Jan. 31 of next year. 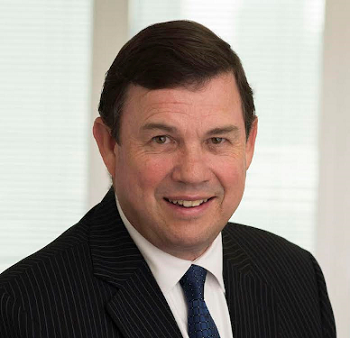 Kerr has had a stellar career in the Canadian channel and his accomplishments are second to none in the industry. As the director of partner sales for EMC Canada, Kerr delivered 64 profitable quarters in a row for the subsidiary. This was followed by 100 exceptional quarters from his time at IBM Canada.

Mike Sharun, the executive vice president of enterprise sales for Dell EMC Canada, said the time was right for Kerr to spend time with his family and begin to avoid airports.

“In 2001 the percentage of EMC business through the channel was three per cent. You have heard me speak about the 80 per cent channel mix we enjoy with our strategic partners. Those relationships and the excellent channel team have been built over time through Michael’s leadership and guidance. We did not always like what he said (especially in public) but we always knew he had a strong opinion. We will miss his oddball humour but not his fashion choices or high school haircut,” he said.

Recently Kerr was one of five channel chiefs who are board members of the C4 who successfully completed the C4 Pathways accreditation program. Kerr joined Jodi Bonham of Eaton Canada, Tara Fine of VMware Canada, Hanif Mawji of AMD Canada and Luc Villeneuve of Red Hat Canada to have the distinction of being the first graduates of Pathways, a rigorous new accreditation program developed by C4 to hone the talents and capabilities of channel professionals in the IT industry.