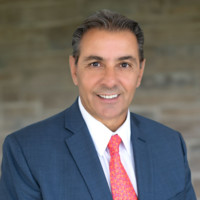 Following the acquisition of security software solution provider Carbonite in December, OpenText’s presence in the endpoint security space got a major boost, according to its chief product officer.

“Every one of our CIOs that we interact with… has hundreds and thousands of employees in their enterprise. Those employees are bringing their own devices often to play on the corporate network. They’re connecting from their iPad. They’re connecting from their home computer via VPN to that corporate network and doing work for their employer in the evening and on weekends and in emergencies,” explained Muhi Majzoub in an interview. “We can now offer that trustworthy device by securing the endpoint at the consumer level and guaranteeing the enterprise that they are protected when their employees connect from home.”

The Carbonite acquisition – which was finalized for US$1.45 billion – will not only bring Carbonite into the fold but also the companies it has acquired in recent times.

“Carbonite and Webroot have done a great job in the SMB and the consumer business and it’s really what attracted us to the asset in the first place,” he said. “It is an opportunity for us to learn of what they have done and also to open up bigger channels for them and bigger fields of play, if you will, with OpenText’s marketing machine and with OpenText’s sales machine. There are many, many opportunities where we bring value to our enterprise customers through an SMB and a consumer place. Many opportunities.”

He said that millions of users already use Webroot’s antivirus solutions but endpoint security solutions are the true treasure of this deal.

By bringing in an existing customer base, Majzoub explained how they plan to capitalize on that group by being able to offer their own solutions bundled with the solutions they were already using from Carbonite or Webroot.

“Solutions in content management… and media management, all play into the medium business space. We now can offer bundled solutions and value add and money-saving to our customers by acquiring more of our technologies.”

Majzoub was also optimistic about the effects this could have on the channel for OpenText.

“On the channel side, Carbonite has a great OEM business through Best Buy, Target, Walmart, Amazon,” he said. “It is an opportunity for us to grow and introduce more of our products into these channels.”

This purchase continues what has been an aggressive acquisition strategy for OpenText. Since 2012, the company has made 19 acquisitions.

Although the Carbonite deal will see almost all of the staff staying in their positions, Majzoub did say that some of the executive team from Carbonite would be let go as there was role overlap with the executive team already in place at OpenText. Some of the positions he mentioned that would be made irrelevant included the chief executive and chief financial officer, as well as the head of technology.