Enterprise gets Cirius about encryption 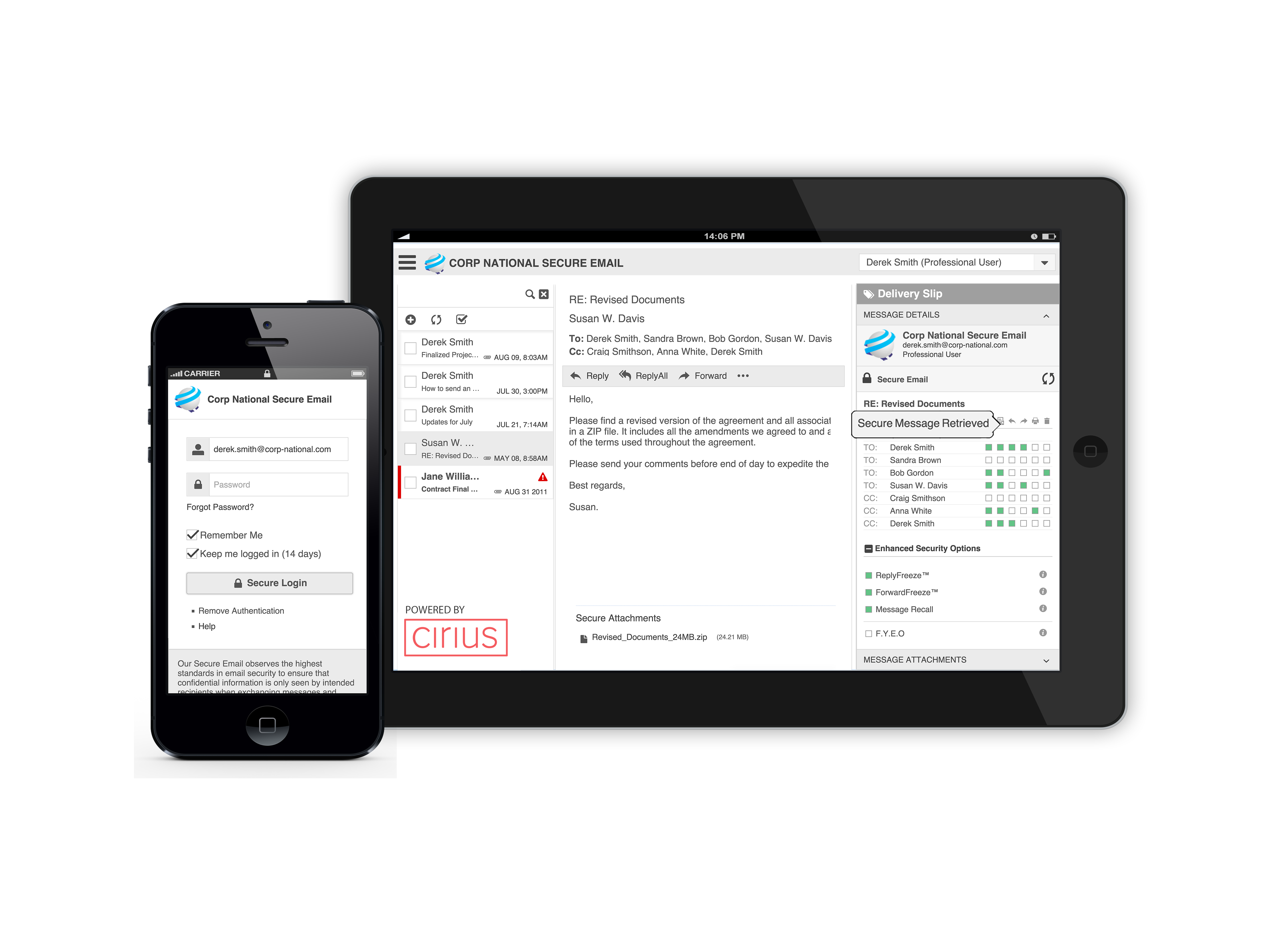 It’s easy to dismiss Cirius Messaging Inc. as a small young company with a good idea.

Founded in Vancouver in 2006, it could have been considered a startup for the majority of its life, considering its core team of six was only assembled in 2011, and its brand name, previously Email2, was only adopted last April.

Yet today, the secure email platform pioneered by the company is on the lips of increasing numbers of channel members, largely thanks to Cirius being named a Canadian Innovation Exchange (CIX) Top 20 company.  It’s an award that recognizes the “hottest, most innovative Canadian companies in ICT and Digital Media,” according to the CIX website.

The company, now at 48 employees, managed to beat out some 250 other applications from across Canada.

“We were thrilled,” said Cameron Burke, senior vice president of business development at Cirius, about CIX’ announcement.  “We’ve been so head-down for the last three years.  It’s nice validation to know the number of companies and the quality of companies that applied.”

Over these last three years, Cirius has grown from a relatively unknown white-label service provider working to simplify email encryption to a brand that is pushing what it believes to be the next level of email.

Its main solution, the Cirius Secure Messaging platform, features tracking and recall of emails and attachments, compliance with government requirements, enhanced security and works on all operating systems, devices, and email platforms.

“This year we’re on pace from a revenue growth perspective about 280 per cent year to date,” said Burke.  “Last year was about 142 per cent.  Next year we anticipate to be dramatically higher.  So growth right now is significant.”

What has driven this growth is the customer base, which as grown from 30 customers to nearly 4,800 customers in three years, according to Burke.  A large portion of these have been those in the Office 365 space.

“There were significant challenges,” said Burke.  “A lot of providers have their own proprietary languages and platforms that you need to work with.  So it’s really a matter of who you resonate best with.  We made a number of mistakes down the road and learned our lessons.”

But the biggest challenge of all has been to engage users and no not disrupt workflow with complex changes.  Burke said that while solutions to encrypt messages have existed for years and do a good job, the result is that people prefer not to use them because it changes what they’re comfortable with.

“This is complex technology,” said Burke.  “How do we fit this into (your process)?  Convenience wins all the time.  The trick is to make it simple, to deliver it seamlessly.”

RCMP to pay up to $1 million for AI solution to crack...