Give a boost to a Rising Star

If you knew you could supercharge a deserving female colleagues career in the time it takes to go through the drive-thru at Tim Hortons, why wouldn’t you do it?

We talk a lot in the technology sector about the scant number of women working in the field, but the opportunity to actually do something about it are exceedingly rare.

Canadian Dealer News (CDN) is providing the opportunity for action. Take 15 minutes to nominate a young woman in your organization with five years experience or less for our Rising Star Award. With just 200 words you can help a next generation worker step into the national spotlight. That’s a confidence builder. 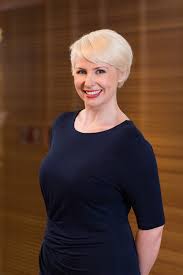 The 2015 Rising Star Award winner, Aoife McMonagle, said hard work and passion have been key to her rise through the Toronto-based Scalar Decisions where is she is director of marketing and communications.

Being a woman in a male-dominated industry has never held her back, she said, but the recognition from winning the Rising Star award has helped grow and strengthen her network and earned her the respect of people she has yet to meet.

She’s looking forward to seeing who will be presented the award this year at the Women in the Channel Luncheon slated for August 24 at the Weston Golf and Country Club. The guest speaker is women’s’ hockey pioneer and girls’ sport advocate Angela James.

Help an exceptional young female worker stand out even more and nominate  her today. If they win, they’ll owe you a Timmy’s.