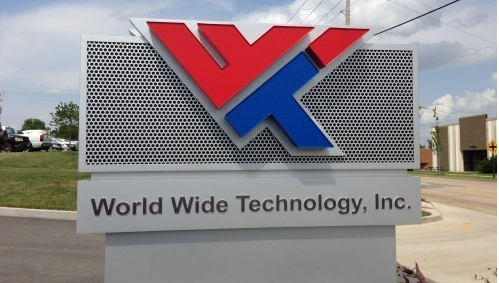 St. Louis-based World Wide Technology, one of the largest systems and supply chain solutions provider in the U.S., is establishing roots in Canada. There has been plenty of speculation for several years that World Wide Technology Group also known as WWT would enter Canada only to be met with firm denials from senior leaderships.

Until today. CDN has learned from two sources that Corey Tkachuk has been hired to be the first ever WWT Canada employee. Tkachuk, the former director of infrastructure services for Cisco Canada, will hold the title of regional director. Tkachuk also worked for Juniper Networks Canada.

Tkachuk told CDN that his mandate will be to build and grow operations to support Canadian customers.

“Initially we will be focusing on the Service Provider market from a sell to and sell through perspective. We are in the process of building out a technical sales team with the focus of establishing operations.  Future growth will be driven by customer demand and market requirements,” he said.

If you look at the top channel partners in the U.S., WWT is one of the few large independent solution providers. Of the top producing channel partners in the U.S. there are several that are tied to a vendor such as IBM Global Services and Dell Services. Now that CSC and HP Enterprise Services are together under the DXC banner it only leaves CDW, Cognizant, Dimension Data and WWT in that top echelon of channel partners. CDN does not recognize global management consulting and professional services integrators such as Accenture or Tata Consultancy Services as independent solution providers.

Of those CDW entered the Canadian market in 2004; and for the last four years is No. 1 Solution Provider on the CDN Top 100 list. Dimension Data arrived in Canada in 2007. Cognizant does have a presence in Canada, but it’s not as significant as the others. Cognizant has one location in Toronto and they use it only as a deliver centre.

Why Canada; why now for WWT?

A company spokesperson said, WWT has experienced tremendous growth and success with our customers and partners in the US.  We have seen this model translate into EMEA and Asia Pacific over the past couple of years and we are now in a position to focus on Canada as a growth area.

WWT has reported annual revenues of nearly $9 billion and has vendor partner relationships with Dell EMC, Cisco, HP, VMware, NetApp, and Microsoft. WWT has more than 4,000 employees and operates more than two million square feet of warehousing, distribution and integration space in more than 20 locations around the world. The company was founded in 1990 as a small product reseller.

Today, WWT sports an Advanced Technology Center, where company engineers and customers work collaboratively to build solutions using more than 100 racks of equipment for testing in the areas of big data, collaboration, computing and cloud, mobility, networking, security and storage.