From ‘bikini booth babes’ to the boardroom

Will the cloud attract more women to IT careers?

Although it’s a given that the cloud is opening up massive new areas ofIT, whether women will find significant careers and leadership roleswithin the cloud remains, well … up in the air.

Thompson suggested that the sheer accessibility of today’s mobile andcloud-based technology will likely spark more interest in IT careersamong younger women in particular.

“I think hands down, yes it will because the younger generation rightnow is living in the world of that technology. All those gadgets -their phones, their iPads – everything they have is (mobile) at thispoint,” Thompson said. 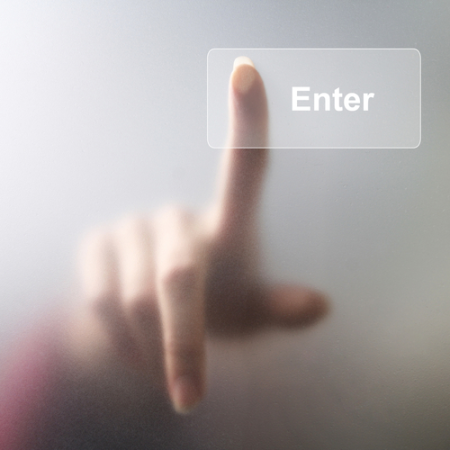 Will the cloud spark more youngwomen to enter IT careers? (Photo:Shutterstock)

Those figures have led to speculation about whether the mass adoptionof new technologies by women will result in more females entering ITcareers. Lucas is optimistic that it can.

“Cloud is a new growth engine for businesses and I think more womenwill have a more positive outlook towards an IT career in the cloud asa result,” Lucas said. “I also believe cloud provides the engine behindenterprise mobility and BYOD.  It’s allowing women to workfrom anywhere, any place, anytime. This helps work life balance whichis critical not only for women but the ‘new generation’.”

Echoing Lucas, Himmelsbach said the cloud may not only inspire women toenter the IT profession, but could also give them the flexibility theyneed to stay in the sector longer.

“Women have a really high attrition rate in IT, I think, within thefirst 10 years,” Himmelsbach added. “It’s much higher than men but it’salso much higher than women in other industries as well. Cloud might beable to kind of provide more of that work life balance (so) hopefullymore women will stay in IT.”

The massive scope of the cloud services sector – worth $70 billion nowand doubling by 2014 in Gartner’s estimation  – may alsocreate many IT careers for women beyond just the hardcore technicalskill set, including sales, marketing, legal and financial.

“Where maybe with the widget world you might have thought it would bemore technology based, with cloud it’s going to be so diverse with theamount of skill set that everyone needs,” Thompson said.

Non-tech IT careers
“I think it’s really (about) getting the message out there – especiallyto younger women or it could be to women in transition – that you don’tneed to be a techie or have a computer science degree to have a careerin technology,” Himmelsbach said. “There’s so many things you can donowadays that involve technology and a lot of it involves businessskills like communication skills and leadership skills as opposed tocoding.”

Whether they’re better armed with killer tech skills or business savvy,many younger women are showing an interest in tech skills andentrepreneurship these days. Ladies Learning Code (LLC), a Torontonon-profit that teaches coding and other skills to girls and women, wasmentioned by the panel as an example of two emerging trends: youngerwomen eager to learn tech skills (all of LLC’s workshops sell outalmost instantly), and young women leading tech startups (LLC founderHeather Payne has also launched a for-profit IT training company calledHackerYou).

According to the most recent StatsCan study released in 2010, femaleuniversity enrolment in Canadian architecture, engineering and relatedtechnologies rose by 4.5 per cent between 2008 and 2009. For math,computer and information sciences, female enrolment went up by 2.3 percent. New female enrolment outstripped new male enrolment in both fieldof study categories.

So have women broken through the glass IT ceiling yet? Although Yahoo,HP and IBM are all led by female CEOs, the answer is: no, notcompletely. Although women in the U.S. make up half of the population,they are just six per cent of CEOs at America’s top 100 tech firms, winless than 10 per cent of all VC funding, and comprise only nine percent of board members at Silicon Valley companies.

“Booth babes in bikinis”
Still, our panelists reflected on the fact that we’ve come a long way.Thompson noted that at times over her 20-year IT career, she would bethe only woman in a meeting of 20 people.

“Sometimes that still happens but it’s definitely changed where theremight be four or five women and 15 men. So there’s definitely thatshift where you’re seeing more women within all different positions inthe IT industry,” Thompson said.

Himmelsbach recalled covering the now defunct COMDEX show in Las Vegasfor the first time, where she was almost the only female there besides“booth babes wearing bikinis.”

“But this year at VMworld there’s an entire track dedicated to women inIT,” Himmelsbach said. “There’s a panel and keynote all about the cloudand women. It just shows how much things have changed over the yearsquite dramatically.”

Over time, Lucas said, women are proving their worth in the IT sectorby simply showing they can do the job.

“I think it’s clear that our mandate is to make sure we’re confidentand gain trust with our peers within the IT industry. Confidence isbuilt over time by being accountable and delivering what’s expected ofyou. This would be the same whether you’re a man or a woman.”