From startup to powerhouse, going all-in with Microsoft was worth it, says Toronto analytics firm 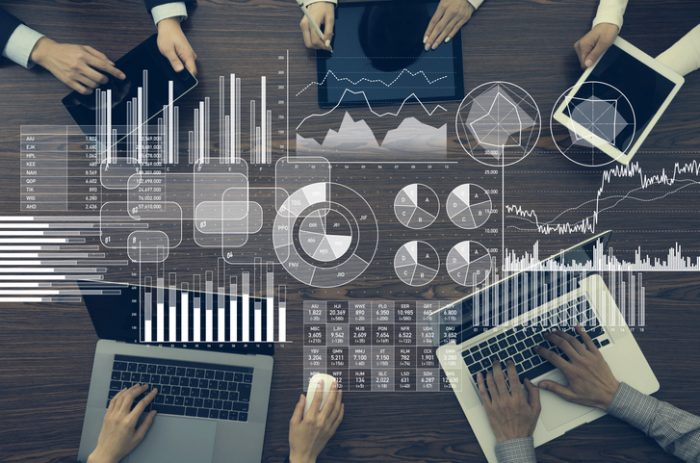 Toronto’s Dimensional Strategies Inc. (DSI) celebrated its 20th anniversary recently, and during a conversation about the milestone with CDN, its principal Jeremy Fitzgerald was able to track the company’s ‘aha moment’ back to when it decided to throw everything it had at Microsoft Corp. 10 years ago.

Until 2009, DSI – a consulting company first and foremost with a nose for big data and analytics – tried to be good at everything, partnering with Oracle, Cognos, MicroStrategy, and Microsoft, until a decision was made to become a true expert on a single platform. And thus, a new managed Microsoft partner was born.

“They are a partner-driven organization,” Fitzgerald told CDN, describing Microsoft. “Other partners said that, too, of course, but Microsoft put their money where their mouth is.”

Microsoft has frequently stated that more than 7,500 partners join their ecosystem every month – although it’s unclear what types of partners are lumped into that 7,500 figure – and that 95 per cent of Microsoft’s commercial revenue flows directly through its partner ecosystem. It’s also been touting the success of its partner program that underwent a massive restructuring in 2017, and saw the introduction of an IP co-selling model that’s helped generate $8 billion USD in 18 months, according to Microsoft CEO Satya Nadella.

Today, DSI delivers Microsoft solutions and boasts six Gold competencies. But Fitzgerald said the partnership, more than anything else, has allowed DSI to maintain a startup-like mentality and work on much more ambitious projects.

“We’ve always wanted to innovate. In our early days, we looked for opportunities and partnerships. It’s something we’ve always done, and I would say we’re doing it on a larger scale these days,” he said.

Microsoft’s Azure cloud infrastructure opened up several new opportunities thanks to the vendor’s massive install base. DSI quickly took advantage of Microsoft’s business analytics software, Power BI, after its 2014 launch. It gave it the ability to build data analytics solutions for clients on the Microsoft platform, an effort DSI extended to emergency response teams in Sudbury in 2018.

The City of Sudbury had already been introduced to Power BI through DSI and wanted to expand its capabilities to emergency services. One of the biggest hurdles, according to a case study obtained by CDN, were the different pieces of software attached to vehicle maintenance systems, paramedical training qualifications, and fire services. A dozen more were floating around.

“I wanted to bridge the gap and get some high-level information into the hands of the proper people, whether that’s our political masters at city hall, our own senior management or the general public. They’re all stakeholders in how well we do our jobs,” according to Michael Maclsaac, executive deputy chief of community safety for the Greater Sudbury Area, who was quoted in the report.

DSI was able to deliver the municipality with a solution called OneResponse, which can connect to any back-end solution no matter what ISV the community was using for its back-end operations. Now, the municipality has the ability to, for example, analyze and report how many emergency calls are for older patients in the area and whether there is a growing trend.

“It’s a great example of how DSI can build solutions around data,” explained Fitzgerald.

MyAbilities, a healthcare information and data analytics company, has turned heads since its 2015 inception. The company, which is based in Burlington, helps bridge the communication gap between employers, insurance companies, healthcare providers and injured workers through an analytics platform. It means everyone has access to a standardized set of real-time information about a workplace’s job training and work environment.

MyAbilities has already formed some important partnerships with organizations across the country and in the U.S.

DSI had a hand in MyAbilities’ creation, too. It helped build and implement MyAbilities’ SaaS architecture by constructing a platform that uses multiple Azure services to create a profiling system. The company’s belief in the MyAbilities platform and team lead to a direct investment into the organization.

“We’ve worked with them for two years,” said Fitzgerald. “We’ve got a great relationship with them. We’re not selling the technology…but we are working hand-in-hand with them.”

Moving forward, DSI wants to improve its development skills, but looking back, Fitzgerald is adamant the small technology firm made the right decision a decade ago when it tied the knot with Microsoft.

“From our perspective, we got our hands on projects we never would have with another partner.”