Gender barriers continue to slow women entrepreneurs; even in Canada

TORONTO – At the Dell Power To Do More Summit the vendor introduced a Global Women Entrepreneur Leaders Scorecard.

The scorecard, commissioned by Dell, is intended to be a data driven diagnostic tool to identify the impediments facing female entrepreneurship and also to present new actionable steps to improve the conditions for women interested in starting or enhancing a business.

The results of the Global Women Entrepreneur Leaders Scorecard will be announced this summer (June 28) and compares the conditions and characteristics of female entrepreneurs in 31 countries.

But CDN did get a sneak peak of the initial results from Ruta Aidis, the project director for Global Women Entrepreneur Leaders Scorecard.

Here are Canada’s strengths so far:

Here are Canada’s challenges or weaknesses: 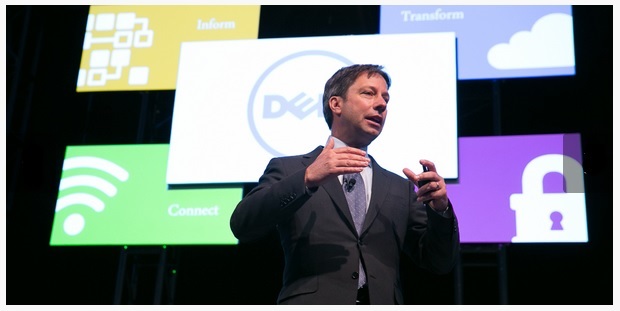 A tour of the Dell Power To Do More summit

Aidis, who is also a PhD and Senior Fellow at George Mason University in Virginia, considers Canada a leader in this realm.

“Canada is a high performer. The index shows no country has it at 100 per cent so there is room for improvement. But, the business environment is favourable in Canada to starting businesses with initiatives to support working families like year-long maternity leave and child care, there are educated and well-connected female population and more women with University degrees than men in Canada. Also Canada has favourable policies for start-ups and Government training in new initiatives to make it encouraging accessing capital with, for example, the start-up exemption in Saskatchewan aided by crowd funding sources,” Aidis said.

One of the goals of the Global Women Entrepreneur Leaders Scorecard is to find out what it takes for a woman to create a company with 100,000 jobs, said Dell executive (Jennifer) J.J. Davis.

Davis, who is also the head of Dell’s womens entrepreneur network in Austin, Tex., added that while Canada is considered a leader there are areas of improvement.

About 16 per cent Canadian SMBs are owned by a woman, according to data from 2011. That’s the same share back in 2004, Davis said.

She added that less than three per cent of women-owned businesses break the million dollar revenue barrier.

“These Canadian numbers are not that bad but that too can be a problem. They tend to stay small and are not scaling and it’s similar to other countries. Time and again gender impediments exist,” Davis said.

According to both Aidis and Davis, the access to capital is one of the biggest challenges facing women entrepreneurs not just in Canada but in many other countries.

“Canada is not different when it comes to the access of capital. They are the same as the U.S. and Europe with financing gaps. The middle amounts are the problem for most women entrepreneurs. It’s not the small loan or the big loan but those $150,000 to $300,000 loans are missing,” Aidis said.

Another factor is the lack of women leaders in Canada. Aidis’s research found that only three per cent of CEOs in Canada are female. Board seats held by women are less than 16 per cent and what concerns Aidis the most is that more than 40 per cent of Canadian businesses have zero women on their boards.

“That landscape makes it difficult to accept women,” she said.