After three years at the helm of Google Canada operations, Sam Sebastian has exited the company. He will be joining Pelmorex Corp. as the new president and CEO.

As the vice president and managing director of Google Canada, Sebastian’s role included overseeing all aspects of Google’s operations in Canada. During is tenure he oversaw the expansion of Google’s engineering hub in Kitchener, Ontario, and worked towards building the company’s artificial intelligence technology in Canada. 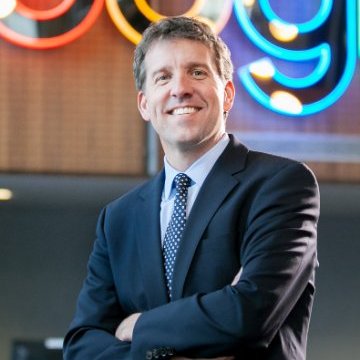 This year Sebastian was named the number 18 newsmaker in Canada on CDN’s Top 25 Newsmakers issue of CDN Now. In 2016, Google Canada began launching retail spaces alongside the Google Pixel in Canada. Google Canada also did well for non-profits in Canada in 2016 by giving 10 Canadian non-profits $5 million in its Go North campaign.

Joining Pelmorex ends Sebastian’s 11-year tenure with Google. Before immigrating to Canada to helm the company’s operations north of the border, he held various executive roles in Google based out of Chicago. This includes the position of director of local and government markets.

Sebastian will become the president and CEO of Pelmorex, the owner of The Weather Network, on Sept. 5. The company said following the announcement that he will be in charge of overseeing the company’s aggressive international expansion plans. Sebastian will be replacing the founder and controlling shareholder of Pelmorex, Pierre Morrissette.

According to the Globe and Mail, Pelmorex generates more than $100 million in annual revenue, and in order to survive the changes in media, diverged from completely just broadcasting in 2000. Now in 2017, broadcasting accounts for just 30 per cent of revenue with web and mobile platforms leading the pack.

Morriessette told the Globe and Mail that Pelmorex will continue to adopt AI-enabled voice-based searches, something Sebastian is particularly qualified to oversee with his experiences at Google Canada. “Multidimensional-faceted changes are taking place. Sam brings tremendous experience and expertise [and is] the ideal guy to take Pelmorex to the next level,” he said. Morriessette will continue forward as the executive chairman of Pelmorex Corp.

Google Canada is searching for a permanent replacement for Sebastian. For now, Canadian operations will be headed by long-term Google Canada vet, Sabrina Geremia.

Alex Radu
is a staff writer for Computer Dealer News. When not writing about the tech industry, you can find him reading, watching TV/movies, or watching the Lakers rebuild with one eye open.
Previous article
5 ways to create a collective experience for clients
Next article
Big acquisition in the digital signage market in Canada