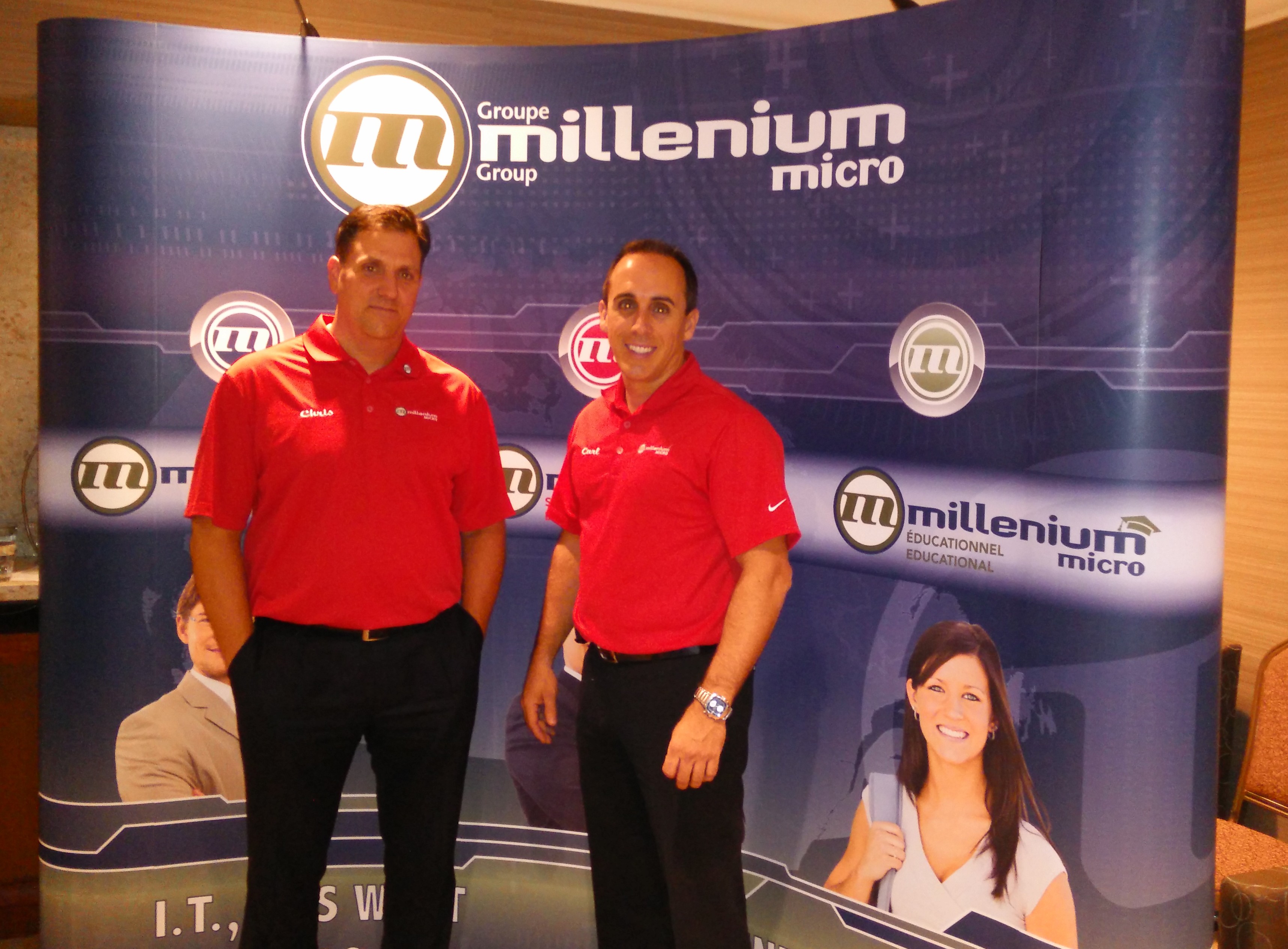 LAVAL, Que. – At Group Millennium Micro’s annual convention, the largest IT channel buying organization in the country announced a bold initiative to deliver IT services coast-to-coast.

As Group Millennium Micro celebrates its 13th anniversary, the organization is moving into a new direction that will see them and its member-partners offer back-end IT services. Paquin hired Mourad Smaali, as the director of national market development, to form a division where its members will provide technical services.

“This was a very challenging program to build,” Smaali said. Group Millennium Micro focused on clearing up all legal issues for the members along with developing an infrastructure for them.

The organization spent about a year developing this new offering with a brand new CRM system that can track members, competencies and certifications as well as certain vertical markets such as public sector, education, and healthcare.

“We are the only group in Canada with 264 dealers that have more than 2,000 professionals of which 1,500 or so are technical engineers,” Smaali said.

He added that this team of affiliated members covers the certification landscape from A-Plus all the way up.

Paquin described the process as a complex project involving many facets of legal, software, infrastructure, and transactions to manage.

“If you are a solution provider under our program you do not have to worry about any legal backlash,” Paquin said.

There has always been an effort to create a nationwide services offering through channel partners in Canada. However, the major stumbling block has been legal issues around what the statement of work is and the specifications around that. It’s also been hard to manage from a solution provider point of view. For example, a channel partner in Vancouver would find it hard to keep tabs on another company in the Maritimes.

But Group Millennium Micro has solved that as everyone affiliated with the group can access the program and be covered throughout.

“They are covered from A to Z. We thought of everything that can jeopardize it with the dealers. And, they will be covered by insurance in case of some liability,” Smaali said.

The program will also have a uniformed look and feel. All the affiliates will wear the same coloured polo tops with logo. They will need to pass certification levels and a code of ethics exam, Smaali said.

“We have compiled the technical strength and geographic locations and now we can approach clients in certain areas that no one else has ever covered before,” he said.

Paquin said this is currently in pilot mode and the expected launch is coming in the next two months.

There will be a non-compete clause to protect the dealers and Paquin expects at least half of Group Millennium Micro’s members to sign up at the beginning.

There will be an online portal to support this effort. Smaali said those looking for services can look up VoIP, for example, click a link and see the exact solution they’ll get. Also this portal will be able to share best practices from the affiliate members.

The Group Millennium Micro convention also sold out this year with more than 700 attendees packing the Sheraton Convention Centre in Laval.