Hewlett Packard said it is poised to “revolutionize” 3D printing with a new system that promises to speed up 3D printing while cutting costs attributed to the process.

Last week HP announced its Blended Reality ecosystem, the company’s “vision for the future of computing and 3D printing that is underpinned by HP’s new Multi Jet Fusion technology and the company’s Sprout immersive computing platform.

According to HP the system is up to 10 times faster than other 3D printing technologies and cut down printing cost as well by minimizing waste and reducing energy use.

“As we examined the existing 3D print market, we saw a great deal of potential but also saw major gaps in the combination of speed, quality and cost,” said Stephen Nigro, senior vice-president for inkjet and graphics solutions at HP. “HP Multi Jet Fusion is designed to transform manufacturing across industries by delivering on the full potential of 3D printing with better quality, increased productivity and break-through economics.” 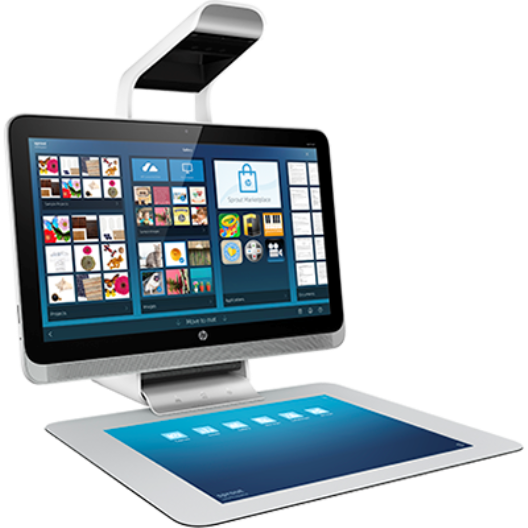 The Multi Jet Fusion 3D printer images entire surface areas, while conventional 3D machines image one point at a time. Using this method, the HP machine is able to achieve print build-up speeds that are at least 10 times faster than other machines in the market, according to HP.

The Multi Jet Fusion 3D printer has print bar looks much like the scanning bar of a typical 2D printer. However, the print bar on the HP machine is equipped with 30,000 nozzles that can spray 30 million drops a second of thermoplastics or other 3D printing solution. A proprietary multi-agent printing process also enables the machine to simultaneously apply multiple liquid agents for resiliency and uniform part strength in all three axis directions.

The Sprout computing platform combines scanner, depth sensor, high-resolution camera and projector capabilities in a single device. It allows users to accurately translate the attributes of physical items into the digital workspace, according to HP. The Sprout Illuminator is a projection system that scans and captures real-world objects in 3D. 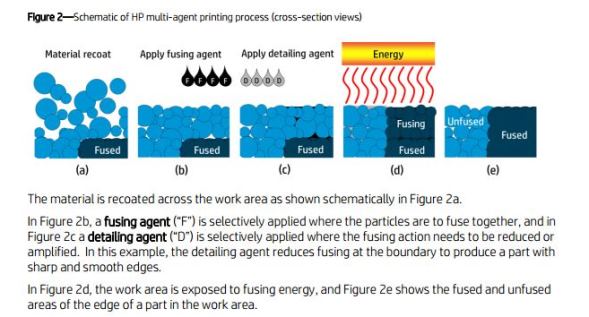 The system also works as a collaborative platform as it allows users in multiple locations to collaborate on and manipulate a single piece of digital content in real-time.

While 3D printing’s roots can be traced to the 1980s, when Chuck Hull of 3D Systems Corp. pioneered the process of three dimensional objects, it was only in the last three years or so that the technology has gained widespread attention and application.

Pete Basiliere, research vice-president at technology research firm Gartner Inc., estimates that there are 40 companies worldwide manufacturing and selling most of the 3D printers currently is use by businesses. More than 200 startups are developing and selling consumer oriented 3D printers around the world.

Solidscape printers developed by the Stratasys Co. are considered among the leaders in the 3D printing space. The company sells printers that are able to jet materials at about 5,000 dots per inch x 5,000 dpi x 8,000 dpi. 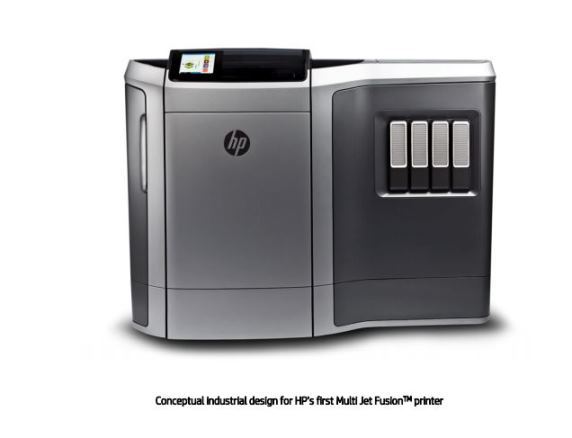 The primary driver for the enterprise 3D printer market are the viability of 3D printing technologies for prototyping and manufacturing coupled with lower 3D printer costs, improved quality and a wider range of materials.

“New providers are entering the market, sometimes directly, sometimes through crowdfunding campaigns, on what seems like a daily basis,” Basiliere said. “These providers are leveraging the expiration of early extrusion technology patents to make low-cost, low-priced devices targeted mainly at consumers.”

HP is not a late entry into the market, according to one Canadian technology analyst. The company has “been carefully preparing their strategy,” said Evan Hardie, research manager for printers and hardcopy peripherals at IDC Canada.

He said 3D printing has been getting a lot of attention in the last five years mainly in industrial applications. IDC Canada has recently focused on two vertical markets where 3D printing is being used, namely the  healthcare and automotive spaces.

Hardie said IDC expects HP to focus its 3D printing efforts on the aerospace, automotive, architecture, healthcare and 3D print-for-pay providers or service bureaus with the launch of HPs hardware in 2016.

“It is worth nothing that overall the 3D pritning market, including products destined for commercial environments along with lower cost devices used by hobbyists, is expected to exhibit string double digit growth as it continues to ramp uo over the next five years,” said Hardie. “The market has yet to reach maturity so the timing is good for entry by major traditional print vendors such as HP, with their own OEM products, or to potentially form sales alliances with established 3D printing manufacturers.”

HP CEO set to solve the challenges of 3D printing

3D printing taken to the extreme