Hewlett-Packard Co. used its HP Discover conference in Spain last week to take the wraps off a number of new commercial PC offerings, from sleek new EliteBook laptops to thin clients boasting new quad core processors. Here’s a closer look at the new products, just in time for the holidays. 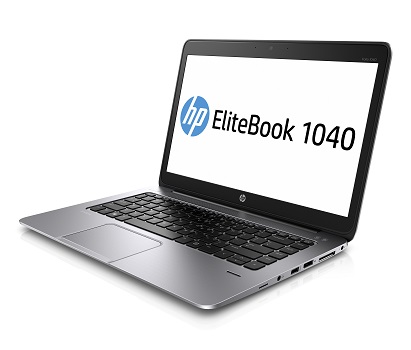 According to HP, its EliteBook Folio 1040 G1 ultrabookis 16.1 per cent thinner and 7.3 per cent lighter than the generation it replaces, and still passed military-grade tests for reliability and durability.  It boasts a 14″ display with a choice of HD or Full HD, and a backlit keyboard is optional. This device also features a new multi-gesture touchpad, called HP ForcePad. Pricing 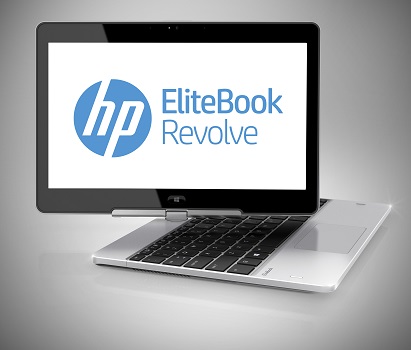 The latest generation convertible notebook from HP, the EltieBook Revolve G2 boasts 10 hours of battery life and weighs in at about 3.1 lbs. Able to transform between a performance notebook and a business tablet, its built with a magnesium chassis and a spill-resistant keyboard. The latest Intel Core processors are available, and pricing starts at $1.364. 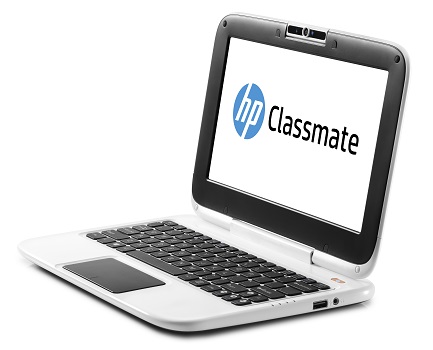 Targeted at the education vertical, the HP Classmate is designed to be both affordable and durable. It runs Windows 8.1 powered by an Intel Celeron N2000 Series processor, and also includes Intel’s Education Software suite. The laptop also includes integrated HD video conferencing for guest lectures or virtual field trips, and is durable for coming along on actual field trips. 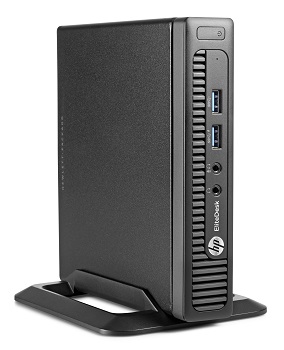 HP stressed that its EliteDesk 800 G1 Desktop Mini isn’t a thin client — it’s a full-fledged PC in a one-liter box. It runs the latest Intel Core processors with optional vPro and boasts six USB ports, including one for fast charge. It can support up to three displays with one VGA and two display ports, Availability is expected in April, 2014 starting at $669.

One model down from the 800 is HP’s EliteDesk 600 G1 Desktop Mini, which the vendor boasts is its smallest business desktop yet. It runs Intel’s Q85 chipset and, while vPro isn’t an option, it does include HP’s client security software. Availability is expected in April startling at $489. 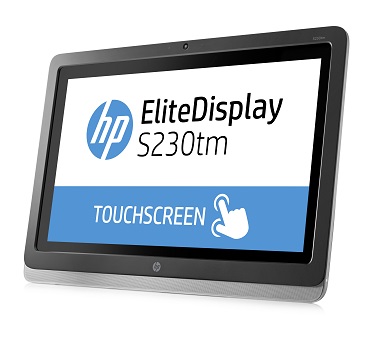 HP claims its EliteDisplay S230tm is the first Windows 8-certified multi-touch display designed with an anti-glare glass treatment. The 23″ full HD display offers wide 178-degree angle viewing and an adjustable easel design, with arm or mall mounts optional. It includes integrated speakers, a 720p web cam and dual microphones. It will be available in January starting at $359.