Zack Dickson will now hold the title of director of channels for HPE Canada. No word yet on the status of Jas Sahota – the VP of partner sales and SMB at HPE Canada.

“I’m looking forward to getting my hands dirty and getting into the trenches with everyone in the channel,” Dickson said at the Synnex Canada National Conference.

Dickson has been with HPE and HP for the past six years and throughout that time was part of teams that worked on 3Par storage, business development and in the last year and half he ran the professional consulting business at HPE Canada. 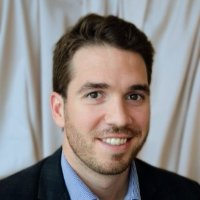 Dickson has been promoted by the newly named HPE Canada leader John Dathan.

He told a channel audience at the Synnex Canada National Conference that this leadership change means the channel is foundationally more important to HPE across the globe and in Canada. “The focus now is on becoming easier to deal with. Simplifying the business and being more agile. In FY18, we will reduce some product categories and make some tweaks to the Partner Ready program removing some administration tasks,” Dickson said.

HPE completes its fourth acquisition of 2017

There is also a change in philosophy as the new HPE Canada leadership will work to empower the channel team to make decisions alongside channel partners, Dickson said.

Dathan admitted at the Synnex Canada National Conference that HPE was not the easiest to deal with for channel partners.

Other priorities for Dickson will be in going after the opportunity in hybrid IT, Simplivity and hyper converged. He also said that there will be new attack plans to go after net new logos.

“There is no secret that traditional data centres are under pressure and the opportunity is on the edge. The edge will go to jet engines, autonomous cars, and the factory floor as compute and storage needs will increase everywhere and partners need to be ahead of that curve,” he said.

The University of Central Arkansas graduate, becomes the new HPE Canada channel chief at a time when HPE introduced PointNext, the company’s rebranded services organization that includes consulting. PointNext is part of HPE’s big beg on hybrid IT.