HPE launches hybrid cloud as a service option with GreenLake 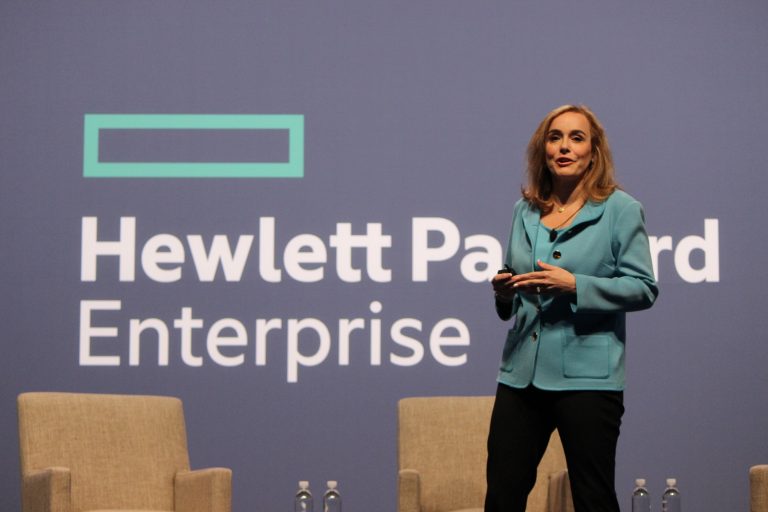 LAS VEGAS – Hewlett Packard Enterprise (HPE) announced GreenLake Hybrid Cloud on Tuesday at its Discover conference, a hybrid cloud management service that it says will allow customers to get a tighter grip on cloud consumption and even run Microsoft Azure’s stack in an on-premises environment.

Billed as an automated cloud operating model, HPE is offering customers that want to operate in a hybrid environment a completely managed way to do so. Even enterprises that aren’t HPE customers at present can be onboarded with this service, with HPE deploying its Proliant servers for the on-premises aspect of computing and billing customers for it on a pay-as-you-go model.

In 2017, IDC says that 62 per cent of enterprise infrastructure spending was still on traditional data centres. But that is shrinking as more budget is shifted towards the cloud to tap its unique capabilities and provide developers with a scalable environment. By 2020, IDC predicts traditional data centres will account for only 50 per cent of spending. With a hybrid model of on-premises cloud and multiple public clouds expected to be the norm, many enterprises face a more complicated IT environment than ever. So HPE is offering to take managing that complexity off their hands.

For HPE, GreenLake Hybrid Cloud is an expansion of its GreenLake Flex Capacity service rolled out eight years ago and its Workload as a Service portfolio introduced more recently, says Ana Pinczuck, senior vice-president and general manager of HPE Pointnext.

“Clients said to us ‘don’t just manage my storage, but my backup too. And deliver it as an outcome,” she says. “We realized we needed to expand the portfolio.”

There are three new capabilities on offer with GreenLake Hybrid Cloud:

To bring together the hybrid cloud service model, HPE is using its internal divisions and working closely with key partners. The hybrid cloud management dashboard is provided by HPE OneSphere. The public cloud components are being provided by Amazon Web Services and Microsoft Azure, with HPE Pointnext and Cloud Technology Partners providing the professional services to support this aspect. The private cloud components also call on the Pointnext services, and will run Microsoft Azure Stack on HPE ProLiant hardware.

“This is pretty exciting for us,” says John Treadway, the senior vice-president of strategy and portfolio at Cloud Technology Partners. HPE acquired the firm last September. “When you get into the management of people’s cloud environment and the hybrid environment, it takes a level of scale we didn’t have on our own.” But HPE provides that through its infrastructure environment.

Treadway points to one customer he was working with just a few weeks ago, on a migration to the Azure public cloud. It had dozens of remote locations around the world, all with equipment that was out of sync and unmanaged. “The fact we can come in here with a managed consumption model for Azure stack and deliver the hybrid model for them is really powerful.”

Azure Stack was released by Microsoft last summer, allowing its cloud environment to be run on-premises. Other hyperscale cloud providers haven’t followed in that model yet.