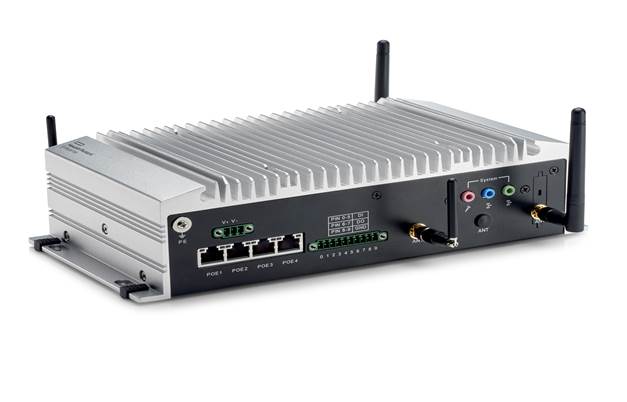 The first 5G testbeds are just being set up by telecommunications firms around the world and government spectrum auctions are assigning the airwave bands, says Gerald Kleyn, senior director of IoT Edgeline hardware R&D at HPE.  He points specifically to the 5G test bed publicly announced in Korea that will coincide with the Winter Olympics. When those telecommunications firms do deploy 5G test beds, HPE wants to be involved in helping to make that happen.

“Much more compute is going to be needed at the edge to deliver the next generation of services to their clients,” he says. “We built Edgeline with that vision.”

5G Lab Germany is based on the same research consortium that forged the 4G standard. Over the past five years 4G wireless technologies – defined as providing about 100 megabits per second by the International Telecommunications Union – have helped define expectations around mobile services. Users in regions that offer true 4G LTE networks expect to stream HD video via wireless networks, play multiplayer videogames, and shop online without interruption. For 5G technology, which in theory is 10 times faster than 4G speeds, HPE expects it will help drive automation and connectivity for the Internet of Things.

Kleyn gives the example of supporting a network for self-driving cars.

“Today when two cars get to an intersection at the same time, the drivers wave at each other to negotiate who’s going first,” he says. “Self-driving cars will need to be doing that in an autonomous fashion by communicating over these networks. At the same time, they will be providing media for the humans that are in the car.”

So with better wireless network speeds will come more workload for CPUs to crunch. HPE’s solution to that is to push its converged hardware right out to the cell tower. To do that, it’s partnered with National Instruments, a provider of PXIe signal transceivers. It will be integrating its Edgeline Converged Edge Systems into that platform.

There, HPE’s technology can provide virtualized network functions with National Instruments’ software-defined radio solutions. That offloads the work that has to be done by a datacentre and enables the applications expected of a 5G network – like a self-driving car support network.

“We’ve taken a slice of the modern data centre and put it at the edge along with these operational technologies to ingest industrial data,” Kleyn says.

Telcos can depend on the Edgeline units, as they’re made with rugged design to deal with outdoor environments. National Instruments will be selling the appliances and its network of partners will be involved in getting the technology to market as well.

“We plan to scale this business pretty quickly,” Kleyn says.

So expect to see Edgeline facilitating a 5G testbed near you soon enough.