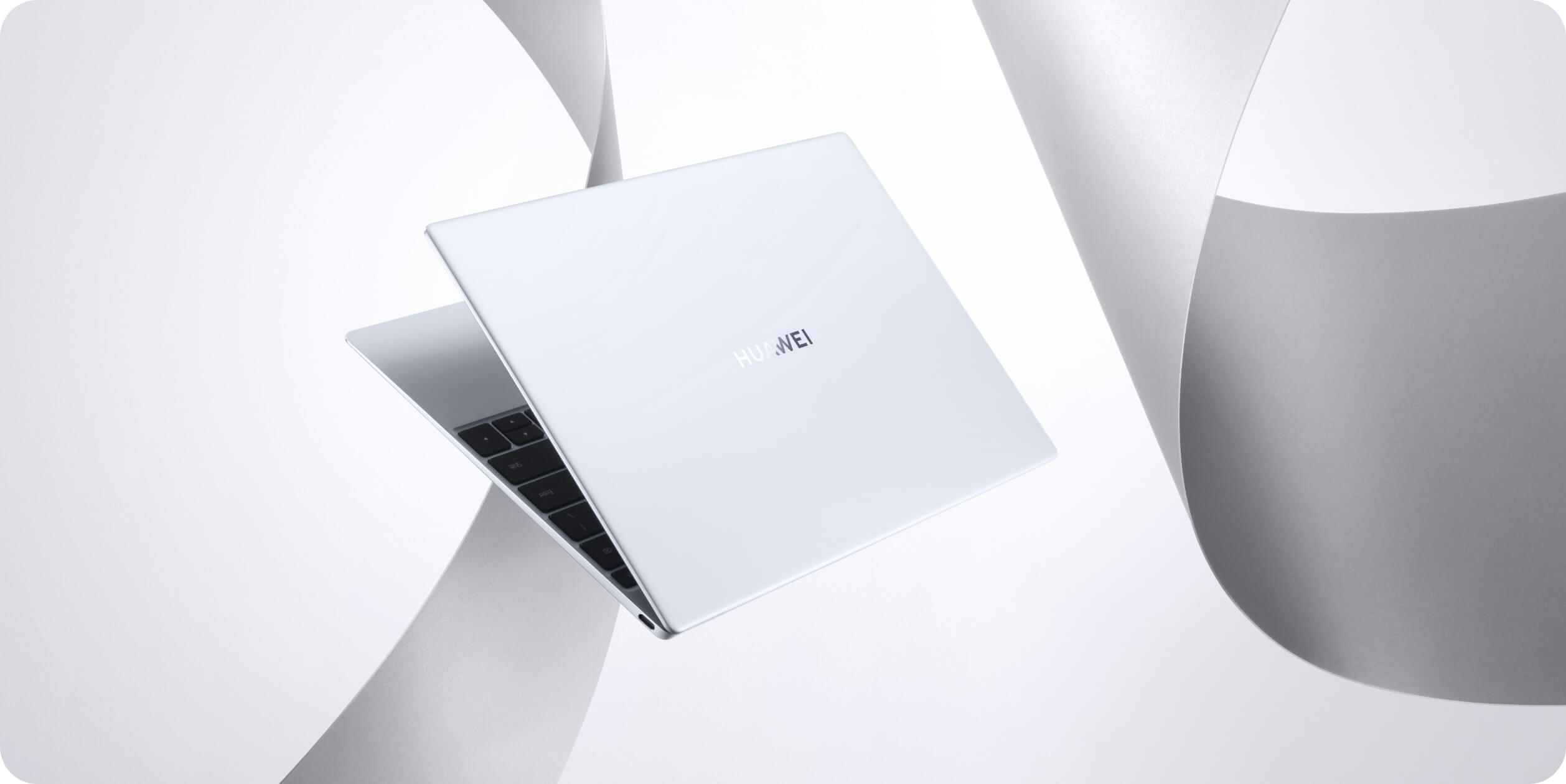 The MateBook X has a new Infinite FullView display, featuring a 90 per cent screen-to-body ratio. The display uses a 3,000 x 2,000 resolution LTPS panel that supports 100 per cent of the sRGB colorspace, making it a good choice for media editing.

Crafted from a magnesium-aluminum alloy metal unibody, the MateBook X weighs just 1kg or 2.2lbs. The laptop is just 13.6mm at its thickest point and 4mm at the thinnest. On stage, Huawei also touted that the laptop is smaller than an A4 piece of paper and can be held with just two fingers.

The MateBook X can have up to an Intel 10th Gen Core i7-10510U processor, 16GB of RAM, and 512GB of SSD storage. The unit is passively cooled, an ambitious design goal given the processor’s thermal design power (TDP). Huawei said that the heat can be distributed across a large portion of the chassis.

The company says the MateBook X can endure 9 hours of media playback. The touchpad has been enlarged by 20 per cent and supports Huawei Share, an NFC pairing technology that projects a phone’s display onto the laptop’s.

Unfortunately, the webcam is embedded in the keyboard, so expect some awkward shots from down under.

The MateBook X will be available in October starting at €1599 for the baseline i5 model.

Huawei has also updated MateBook 14. the MateBook 14 has the same 90 per cent screen-to-body ratio, but is slightly heavier at 1.49 kg. Despite having a larger 14-inch screen, the MateBook 14 sports a lower resolution of 2160 x 1440p.

Whereas the MateBook X uses Intel processors, the MateBook 14 uses AMD’s Ryzen processors. The top-end option is the Ryzen 7 4800H, an 8 core/16 thread chip with a demanding 40W TDP. Although it requires beefier cooling, the MateBook 14 is only 2.3mm thicker than the passively cooled MateBook X. Huawei said it achieved this by using two new Shark Fin fans that push 39 per cent more air and reducing the mainboard size to allow for higher airflow.

Other specifications include up to 16GB of RAM, up to 512GB SSD, and a keyboard with a longer 1.3mm key travel.

The MateBook 14 will be available in October starting at €849.

It’s currently unclear whether the global launch will include Canada given the current political climate.

Tom Li
Telecommunication and consumer hardware are Tom's main beats at Channel Daily News. He loves to talk about Canada's network infrastructure, semiconductor products, and of course, anything hot and new in the consumer technology space. You'll also occasionally see his name appended to articles on cloud, security, and SaaS-related news. If you're ever up for a lengthy discussion about the nuances of each of the above sectors or have an upcoming product that people will love, feel free to drop him a line at [email protected]
Previous article
The Dell Precision 3240 Compact desktop now available
Next article
HP releases ProBook 600 G8 and ProBook 400 G8 business laptops