IBM is saying goodbye to its legacy business by spinning off its managed infrastructure services into a new company and embracing a “$1 trillion hybrid cloud opportunity,” according to chief executive officer Arvind Krishna.

“As we work toward this goal, two things are becoming increasingly clear. First, we’re seeing a tremendous increase in client demand for our capabilities and expertise. Second, we’re noticing that client buying needs for application and infrastructure services are diverging,” Krishna wrote Oct. 8 in a blog post. Krishna replaced former CEO Ginni Rometty in April 2020. 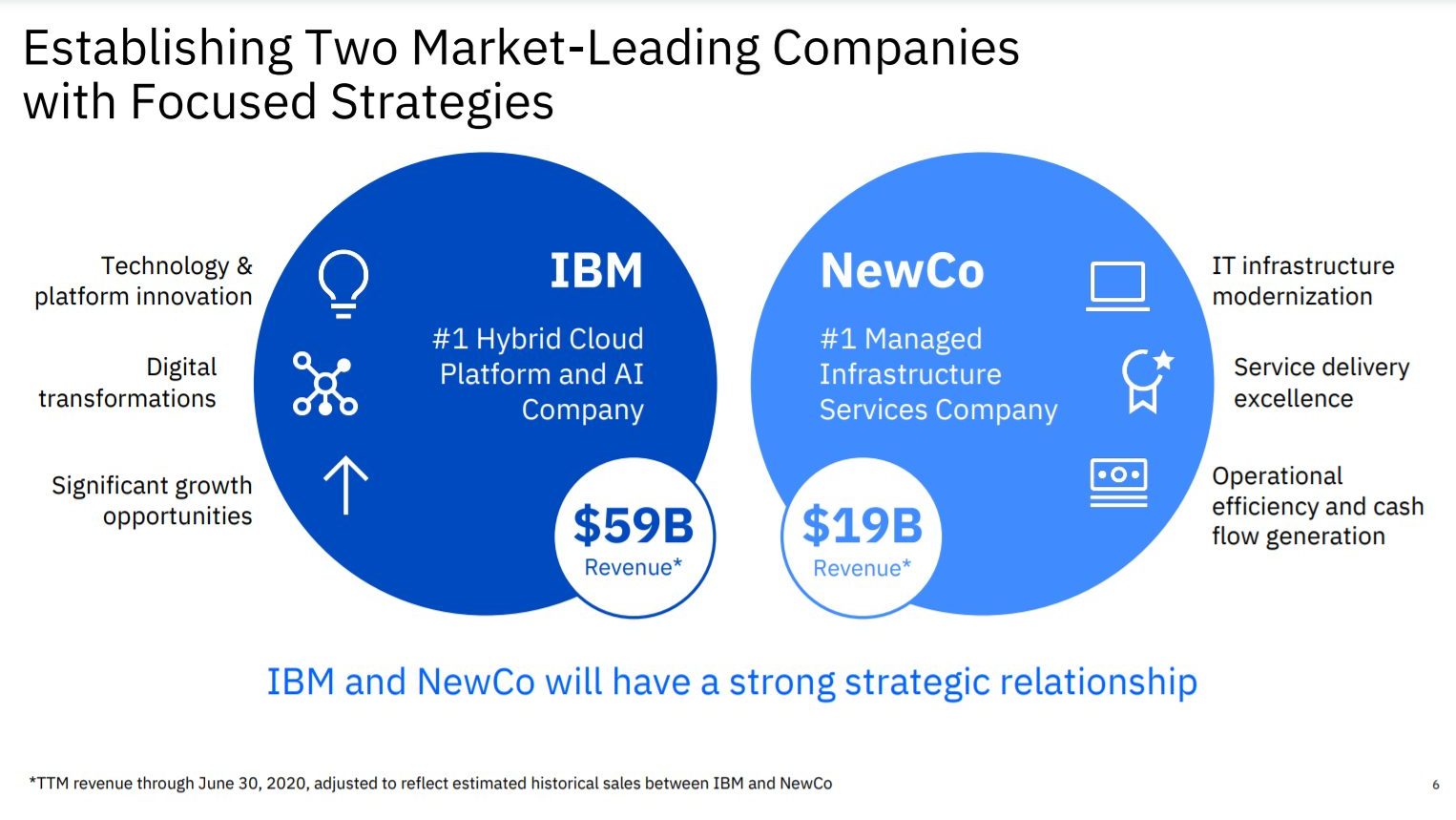 IBM is hoping to address those buying needs by leaning on its $34 billion software acquisition in Red Hat to create a business model that doesn’t rely on direct competition against cloud infrastructure powerhouses like AWS and Microsoft Azure. Instead, IBM wants to help customers take advantage of the added computing power by layering on AI and other capabilities with the help of its crown jewel RedHat OpenShift.

“When NewCo becomes an independent company, our software and solutions portfolio will account for the majority of our revenue,” Krishna wrote, adding that today, services account for more than 60 per cent of IBM’s revenue. “This represents a significant shift in our business model. The success we’ve had with Red Hat gives us confidence that this is the right move.”

In a separate press release, IBM says NewCo – which is undergoing regulatory review – will become the world-leading managed infrastructure services provider with its more than 4,600 accounts and presence in 115 countries.