IBM wants to enable data migration to and from any device 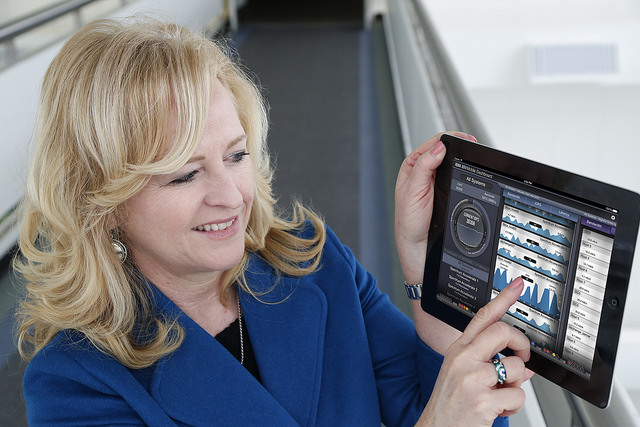 IBM unveiled today the next offering in its software solution portfolio designed to intelligently manage and move data across any platform regardless of vendor, be they in the cloud or on-premise.

The company announced it is also budgeting over $1 billion over the next five years to develop software-defined storage.

According to an official statement by the company, the solution, called IBM Spectrum Storage, enables interoperability between 300 different storage systems, both from IBM and other vendors – and can manage “yottabytes of data.” Types of storage include flash, disk and tape systems.

The next offering to be made available in the portfolio is “IBM Spectrum Accelerate,” based on the software from the company’s XIV appliance, and will be offered as said appliance, as a service through its SoftLayer cloud offering, or as software when it is made generally available mid-March.

IBM will be taking orders for the software on February 23.

According to IBM, Spectrum Accelerate allows users to quickly add storage capacity, which the company claims will take minutes as opposed to months, as well as ensure speed and data protection. Meanwhile, it also includes features aimed at the cloud, including snapshot, synchronous and asynchronous replication, multi-tenancy, automation through RESTful API and OpenStack, VMware vCloud Suite integration and self-provisioning.

The Spectrum Accelerate GUI, called the “Hyper-Scale Manager” can even be run in any browser-enabled device, including on smartphones.

The XIV architecture, on which Spectrum is based, has been implemented by companies including Netflix, in managing databases, development, testing and back-up operations, according to IBM. The company said that Netflix was able to reduce their storage footprint by 80 per cent while boosting database transactions per minute.

Training for partners implementing the software is already underway, while select partners have been granted early valuation and a sneak peek at the beta code, according to Sidney Chow, vice president, high end disk, business line executive, IBM Storage.

The company also announced that it would follow up with this Spectrum offering with a feature that allows data to be securely migrated between various clouds.  In addition to Accelerate, Spectrum Scale, Virtualize, and Control have also been made available, Chow said.

“A new approach is needed to help clients address the cost and complexity driven by tremendous data growth. Traditional storage is inefficient in today’s world where the value of each piece of data is changing all the time,” said Tom Rosamilia, senior vice president of IBM Systems in the statement.  “IBM is revolutionizing storage with our Spectrum Storage software that helps clients to more efficiently leverage their hardware investments to extract the full business value of data.”