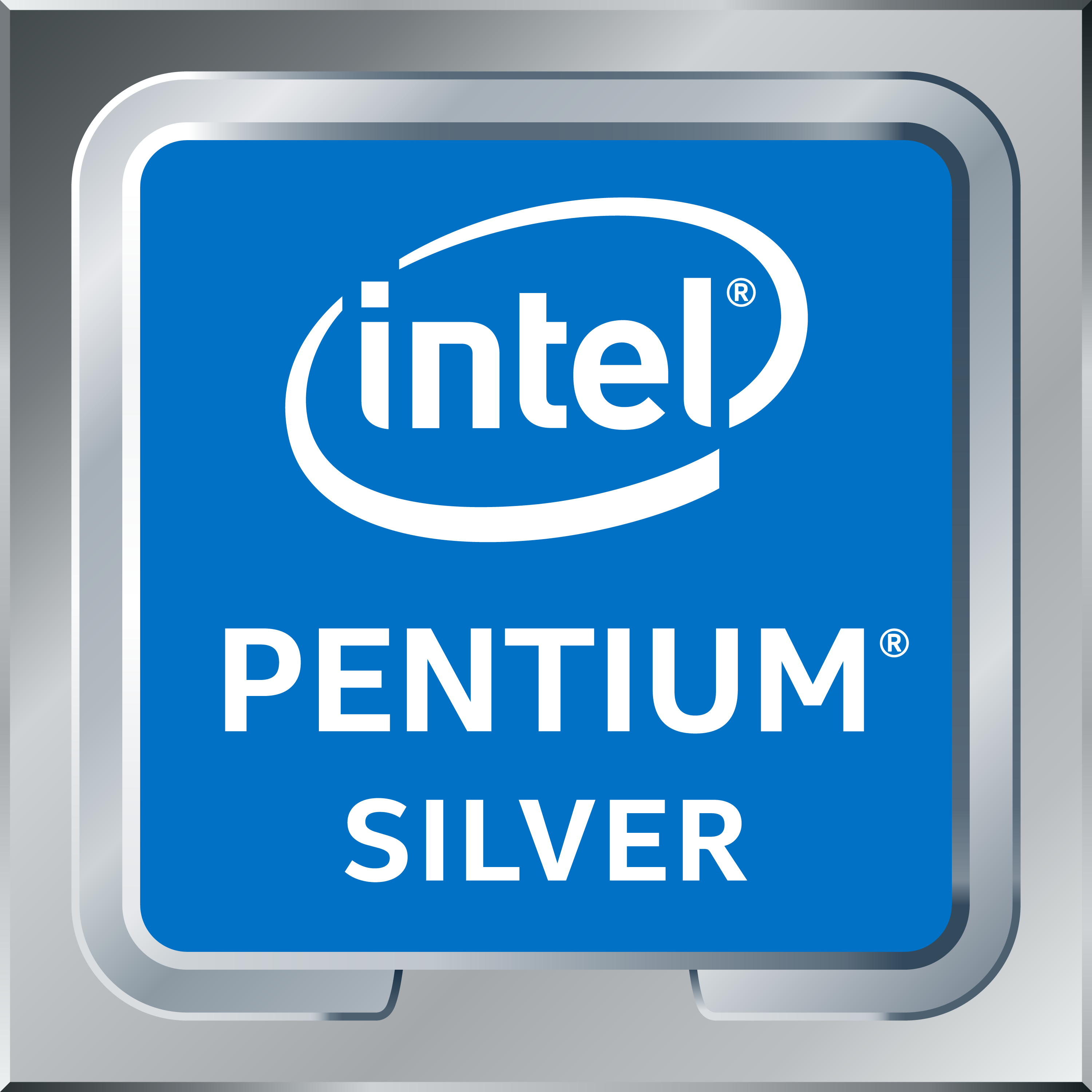 Intel Corp. is continuing to shake up its branding and unveiled its next-generation of Pentium Silver and Celeron processors Monday, each coming with desktop and mobile variants.

Intel introduced the Pentium Silver J5005, Celeron J4105 and J4005 for desktops, alongside the Pentium Silver N5000 and Celeron N4100 and N4000 for mobile. All of them are based on Intel’s Gemini Lake architecture, according to Monday’s press release.

Pentium rebranded the Kaby Lake Pentium processors to Pentium Gold in October, representing Intel’s highest-performing Pentium processors on the market. The Pentium Silver is a step down from its shiny-gold counterpart in terms of performance, but that’s reflected in the processor’s lower price tag.

The Pentium Silver will deliver a 58 per cent faster productivity performance compared to a similar four-year-old PC, while cutting the time it takes to create a photo album or video slideshow in half. 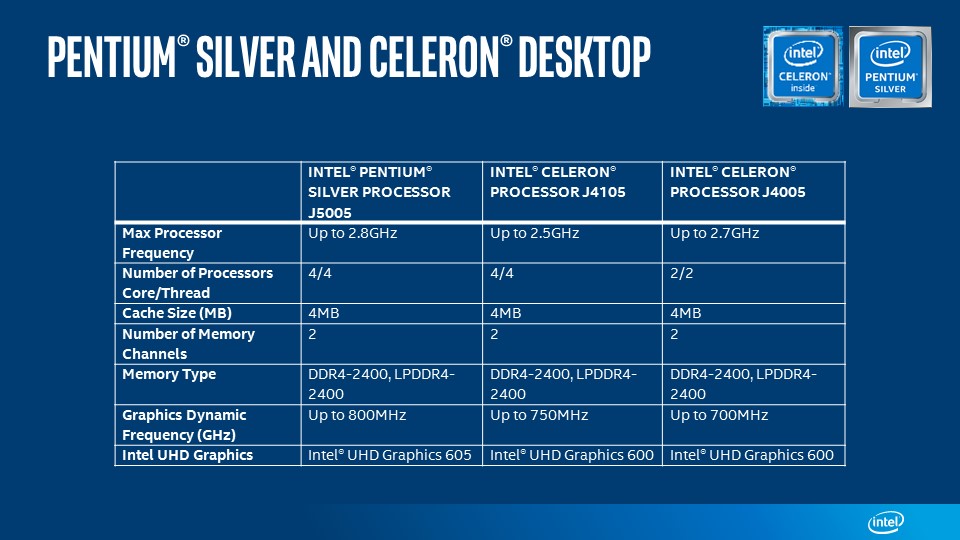 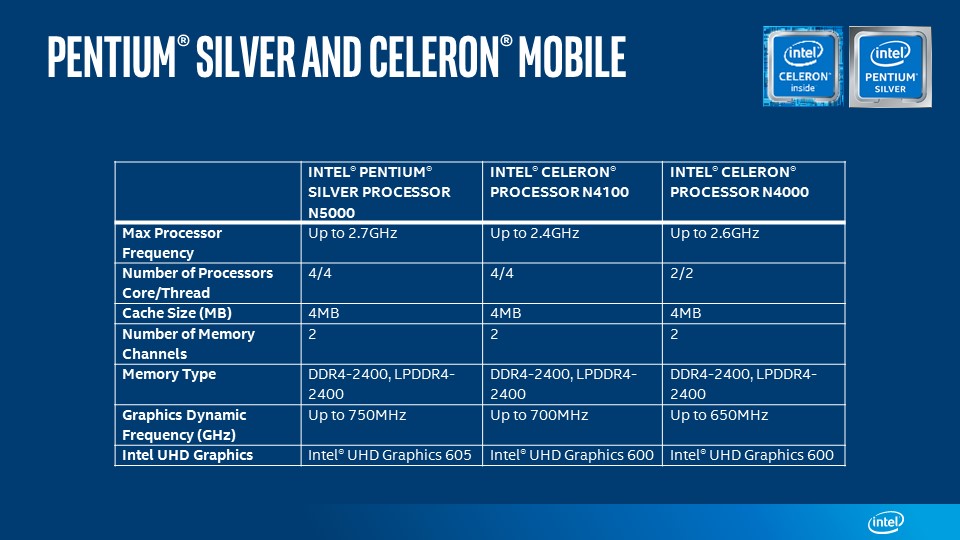 The chips will offer Gigabit Wi-Fi on any PC platform.

Intel says a range of designs – laptops, all-in-one PCs, 2 in 1s, mini PCs and desktops – packing the new chips will go on sale in the first quarter of 2018.

Alex Coophttp://www.itwc.ca
Former Editorial Director for IT World Canada and its sister publications.
Previous articleGoogle’s eSIMs on the Pixel are just the beginning
Next articleNew BlackBerry product brings virtualization to your car