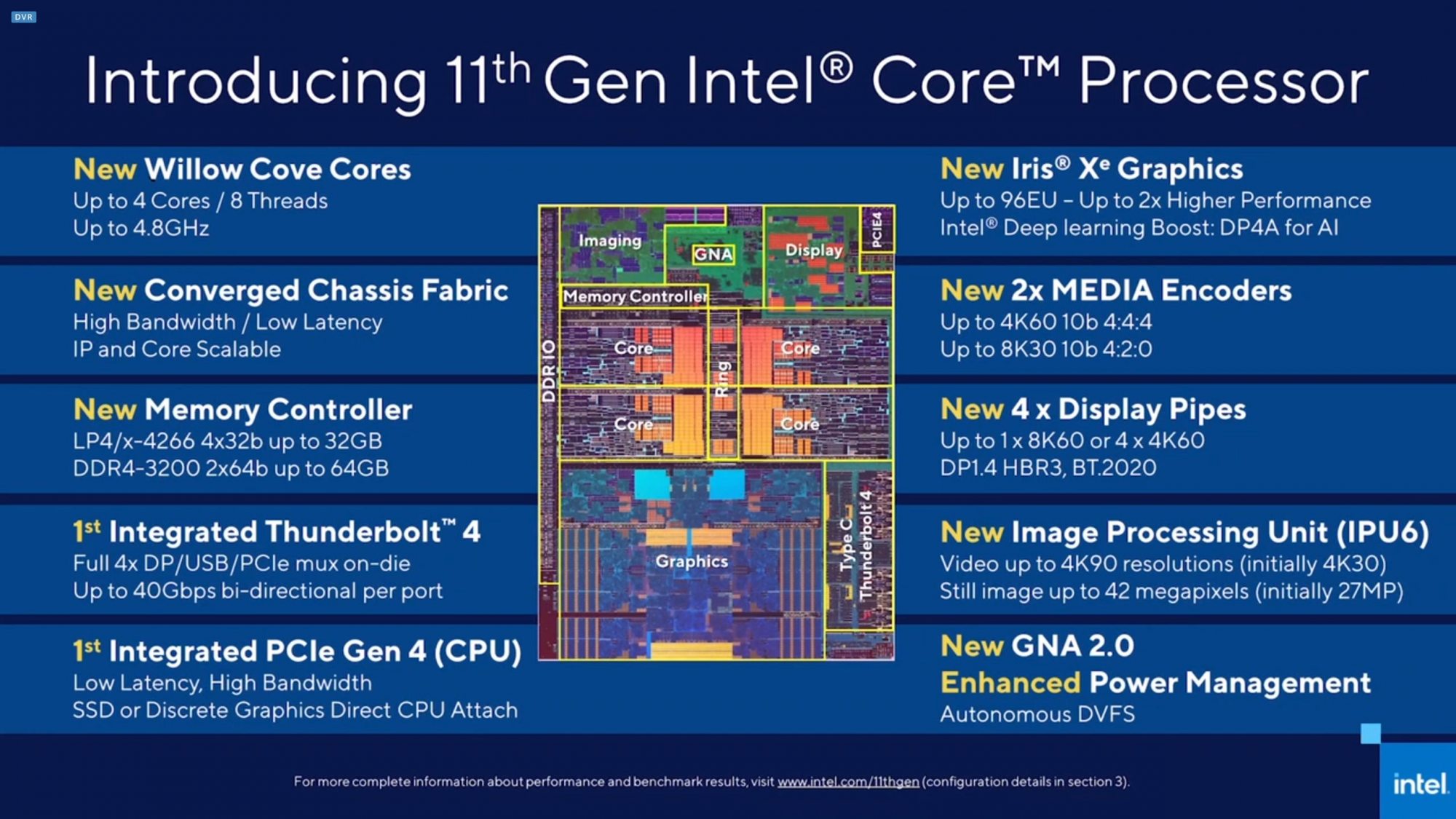 After the wild naming schemes of its 10th generation mobile processors, Tiger Lake’s simpler naming convention, unveiled Sept. 2, was a welcoming change. In addition to dividing the processors into the traditional Core i3, i5, and i7 series, Intel has also separated them into UP3 and UP4 categories based on their TDP. UP3 processors range between 12W to 28W, while UP4 processors range between 7W to 15W. They are further segmented by their graphics performance, which is denoted by their suffix.

At launch, Tiger Lake processors will range between two to four cores. At the top of the stack is the Intel Core i7-1185G7, which can hit up to 4.8GHz on single-core turbo and 4.3GHz on all-core turbo. Its single-core turbo speed is significantly higher than Intel’s previous flagship mainstream processor, the Core i7-1065G7, rated at 3.90GHz. 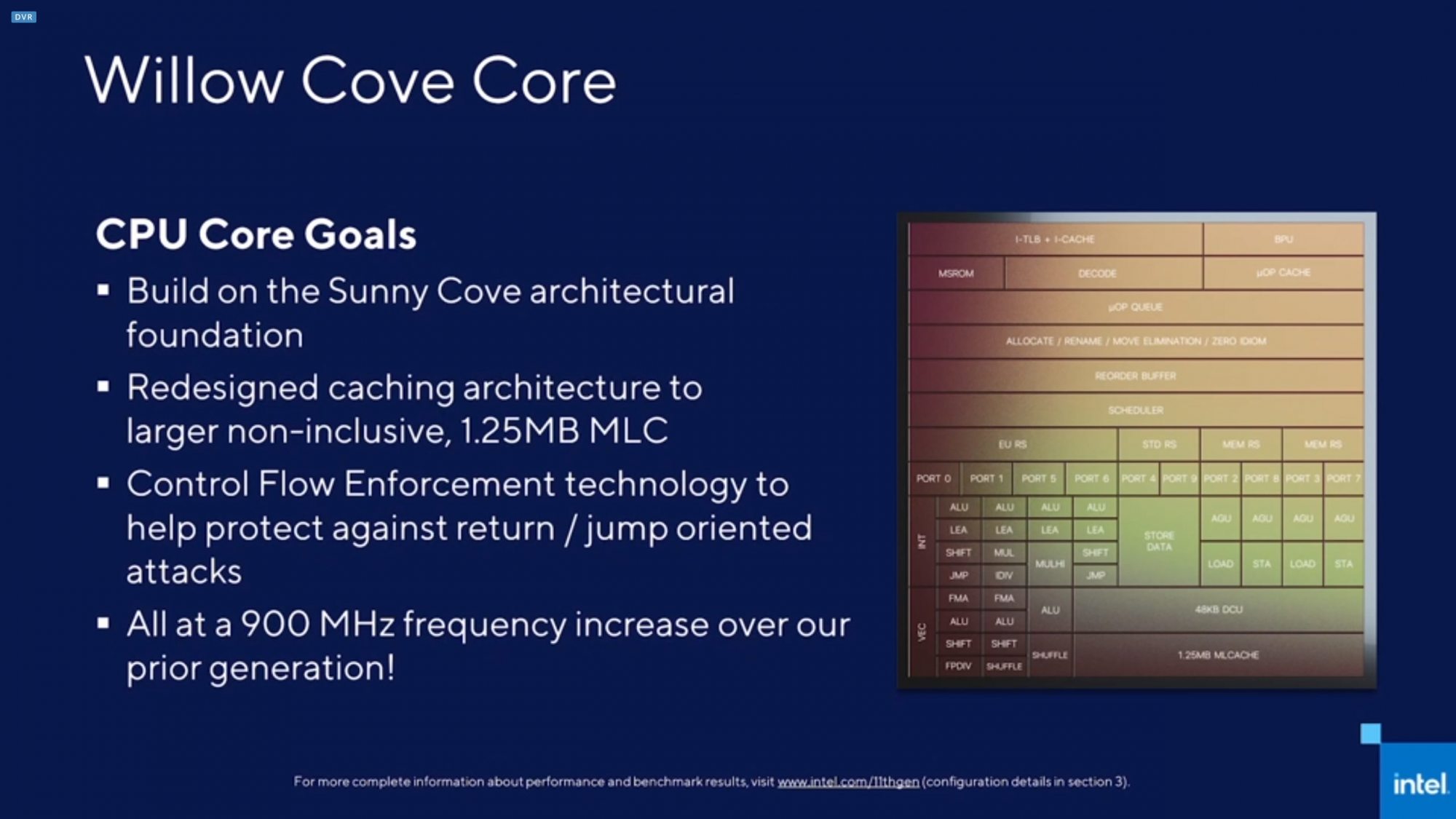 Core improvements aside, Intel has greatly increased the mid-level cache size to hold more instructions. Willow Cove now features up to 1.25MB of L2 cache–three times more than the previous generation. Although having a larger cache could potentially lead to increased latency, an Intel spokesperson noted that because the cache operates at a much higher frequency, latency is reduced overall. 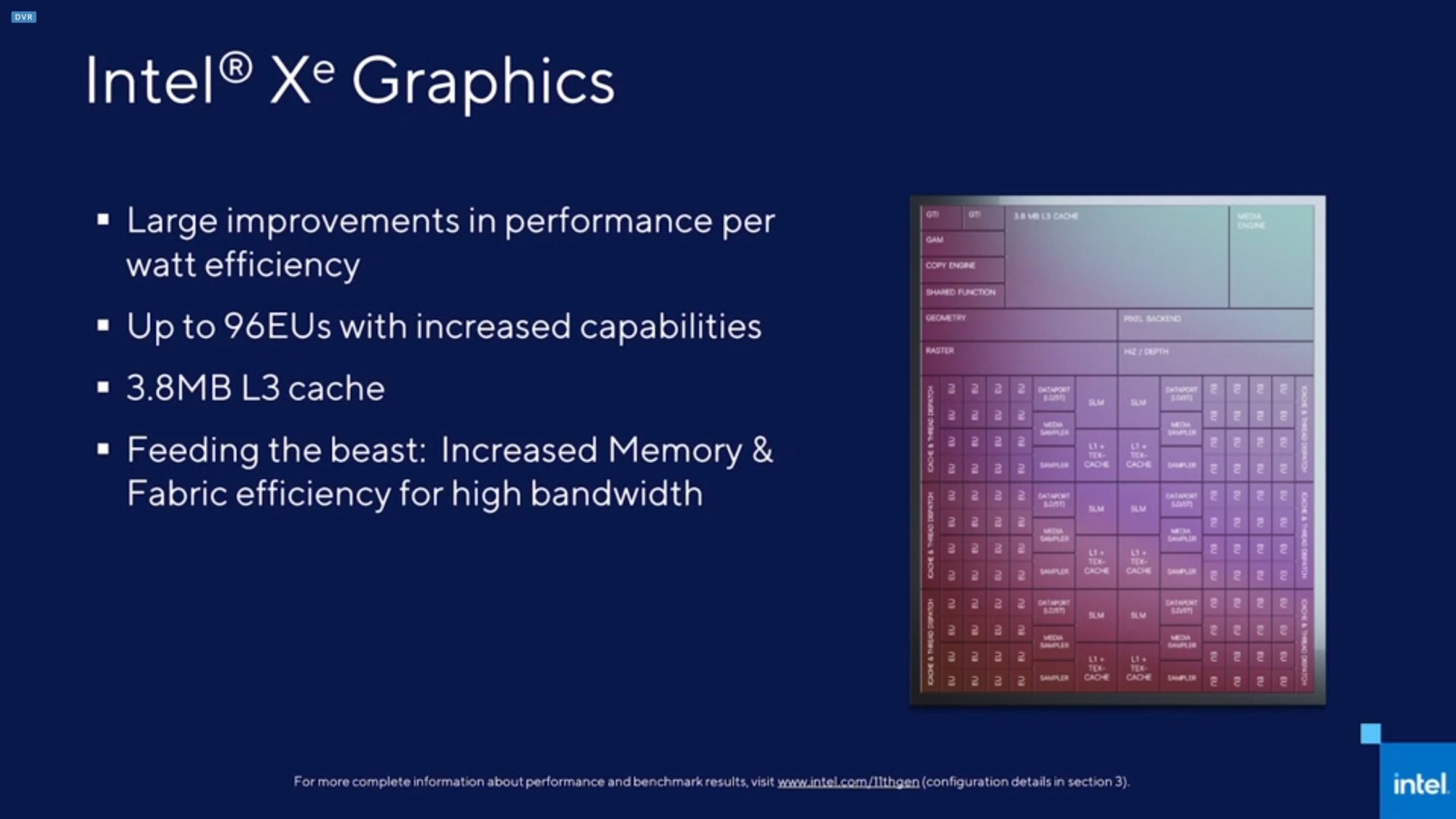 Since its 10th generation, Intel has been focusing on increasing its processors’ AI performance. Tiger Lake improves upon Coffee Lake’s AI smarts by adding DP4a Deep Learning Boost and native support for INT8 data type. Together with an improved Gaussian and Neural Accelerator, Intel boasted that Tiger Lake’s AI subsystem can achieve up to five times higher AI performance. During the presentation, Intel showed off AI-accelerated tasks including subject select in Photoshop, dynamic background blur during video conferencing, and image sorting based on subject type, among others.

Laptops equipped with Tiger Lake will start to arrive this fall. Prominent designs include the new Dell XPS 13, Lenovo Yoga 9i, Asus ZenBooks, as well as designs from HP, LG, Samsung, and others.

Along with Tiger Lake, Intel has pushed Project Athena, its experience-based laptop design standard, into phase 2. Dubbed Intel Evo, the second phase of Athena promises system wake from sleep in less than one second, at least nine hours of battery on a single charge on laptops with 1080p displays, and at least four hours of use time on a 30-minute charge. It also requires Thunderbolt 4 ports, Intel WiFi 6 (Gig+) wireless connectivity, and requirements on audio, webcams, and display. 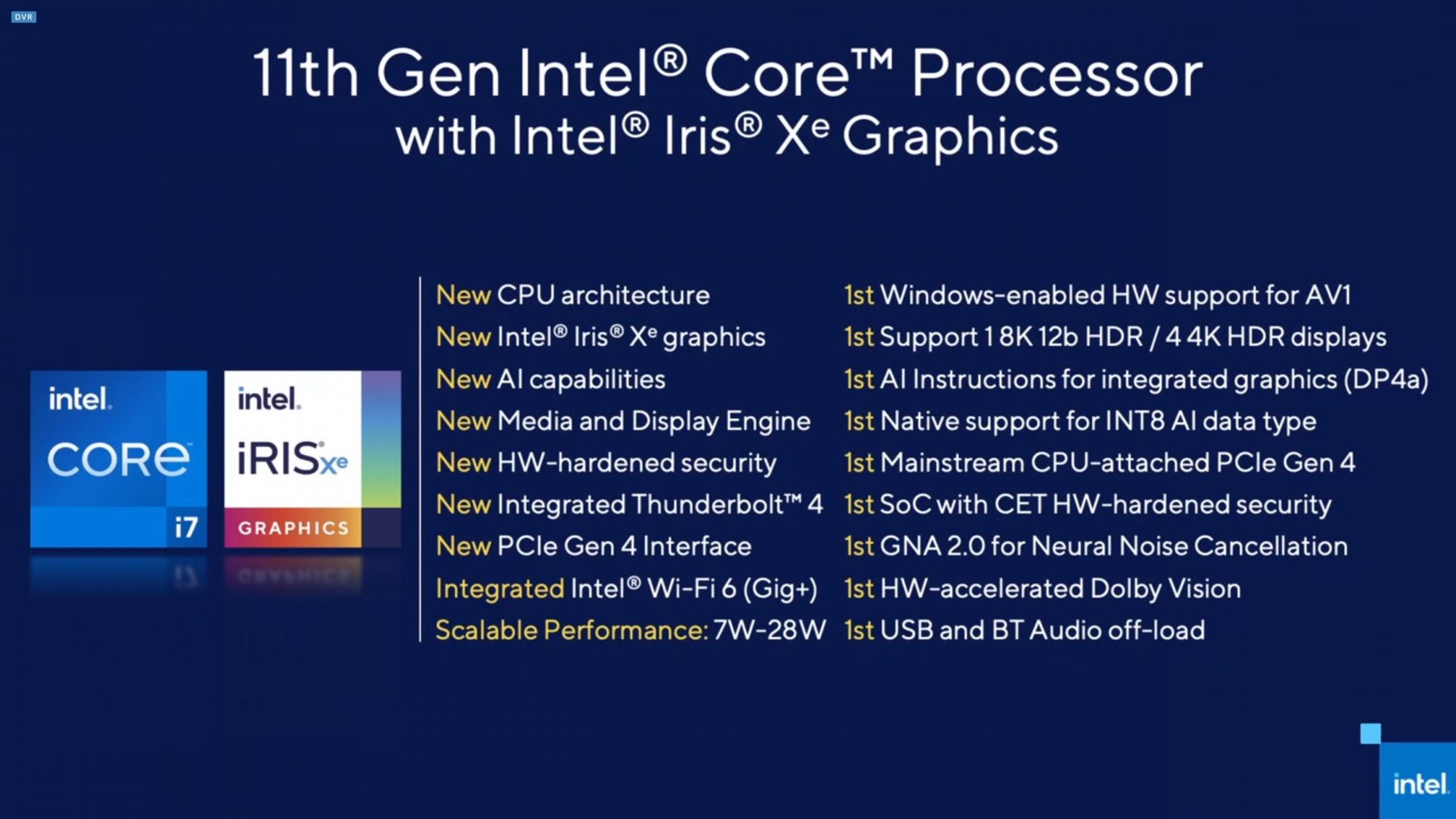 Tom Li
Telecommunication and consumer hardware are Tom's main beats at Channel Daily News. He loves to talk about Canada's network infrastructure, semiconductor products, and of course, anything hot and new in the consumer technology space. You'll also occasionally see his name appended to articles on cloud, security, and SaaS-related news. If you're ever up for a lengthy discussion about the nuances of each of the above sectors or have an upcoming product that people will love, feel free to drop him a line at tli@itwc.ca.
Previous articleCogeco rejects mega-billion dollar bid which would have had Rogers’ entering Quebec
Next articleCDN Morning Briefing, September 14, 2020 – Nutanix news, NVIDIA acquires ARM, Reddit talks restaurant IT