Intel Security tells partners they are a new company

BOCA RATON, FL – Just six months after the last gathering of partners at its user conference, FOCUS, Intel Security invited almost 200 of its top partners here to elaborate on its new corporate vision, and to reassure them that their feedback had been heard. The Intel Security Americas Partner Summit, said Americas head of channel sales and operations Ken McCray, was separated from FOCUS so partners could more easily engage with executives and sales and marketing reps.

“This is a new company,” he told the partners, who collectively represent 80 per cent of Intel Security’s business. “It’s not the same company it was two years ago.”

The changes didn’t come without pain, Bill McAlister, VP Americas sales, admitted. However, discontinuing non-core products freed up assets to invest in areas where Intel Security wants to be number one. In the second half of this year, he noted, there will be more innovation out of the company than there has been in years. Additionally, it has hired CTOs for the key verticals of healthcare and financial services, as well as a CTO for the commercial business, and is adding sales, account management, and SE capacity.

A Value Management Office already helps build TCO and ROI calculations for customers and partners, using outside consultants to validate the numbers. McAlister said it has already paid off, with what began as a $20,000 deal growing to $7 million once the customer saw hard figures. A SaaS tool will let partners sit down with their customers and work through the calculations.

To make it easier to do business with the company, Intel Security is currently working on the implementation of Salesforce CRM, initially for quotes and ordering opportunities (including incumbent advantage and teaming plans), and is implementing iAsset to help with transaction processing. It is also creating an operational handbook, to be delivered next quarter, and is providing new order validation support. Free certification training and testing are moving online. 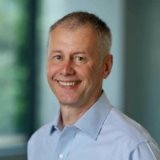 As well, said Richard Steranka, VP, global channels operations, although Platinum partners are currently the only ones to receive rebates, Intel Security has “something in mind” for Gold partners who are close to becoming Platinum. He then walked through the results of a recent partner survey, highlighting areas for improvement and how the company plans to deal with them.

With the ever-changing threat landscape, he said, there will be changes to the channel programs to address the challenges customers face. “The core to solving the problem is an open and integrated platform,” he noted, and that’s why the company is pushing for a platform play. The opportunity is huge: today, he said, 73 per cent of customers only have one Intel Security product, yet a survey sponsored by Intel Security revealed that over half would prefer a single IT security solution. He said that if partners could sell one additional product to 25 per cent of their existing customers, and sell professional services with the additional product to ten per cent, they could double their business.

For maximum profitability, he urged partners to look at becoming managed service providers. Currently over 700 partners participate in the program. “The service market outstrips the product market,” he said, “and managed security services is the most profitable.”