ITWC opens nominations for the Top Women in Cybersecurity Celebration 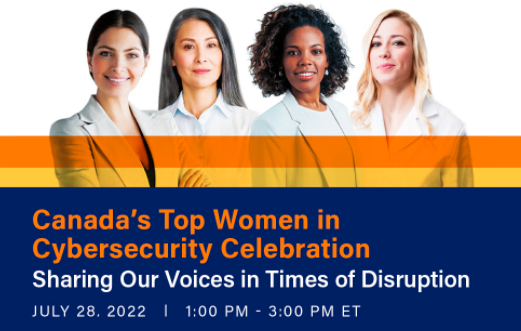 Nominations are now open for the Top Women in CyberSecurity initiative that recognizes women who have advanced the Canadian cybersecurity industry and are helping shape the path for future generations.

If you know an inspiring woman who has helped advance this country’s cybersecurity industry, nominate her today for Canada’s Top Women in Cybersecurity honour roll. Third party and self-nominations are welcome until April 29, 2022.

A group of Canadian women in technology have launched Phoenix Fire, an angel stage investment fund with a systematic approach to investing in women entrepreneurs across Canada. The fund will invest $100K to $250K in early-stage technology start-ups with high-growth potential and the ability to scale globally. Phoenix Fire is powered by Archangel Network, which launched in 2020 with a first close of $10 million.

The membership of Phoenix Fire, also known as ‘The Firehood’, consists of over a dozen women with diverse backgrounds, mostly in technology. Collectively, the team has decades of investing experience, and expertise assessing and selecting successful start-ups for angel capital. Starting in April, Phoenix Fire will host monthly networking events at the members-only women’s club Verity, bringing women together to enhance their participation, leadership and prosperity in technology.

Today on International Women’s Day, Hootsuite is broadcasting the second annual World Woman Hour, a global digital celebration dedicated to highlighting inspirational stories of women from all walks of life. Led by the World Woman Foundation, the socially-enabled movement aims to mentor one million women by 2030. The celebration will feature inspiring stories from 60 women who are fighting inequality and breaking stereotypes for women in their industries, each told in 60 seconds, presented together in a powerful 60 minutes of film. The honourees will share perspectives on leading the new era of a sustainable, peaceful and healthier, and equitable world for women and girls around the world. The event will premiere on Facebook Live and on the World Woman Foundation YouTube channel on March 8, starting at 1pm EST/10am PST.

Intuit creates programs to advance the careers of its female employees 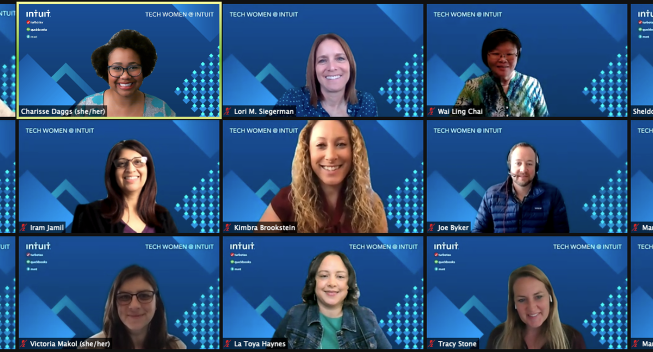 Technology giant Intuit has created progressive programs to mentor, support, and advance the careers of its female employees, the company told IT World Canada.

Two years into the COVID-19 pandemic, a global study commissioned by Intel revealed that the pandemic has accelerated the way large global and Canadian businesses address workplace Diversity, Equality and Inclusion (DE&I). Nearly six in ten (57 per cent) Canadian executives acknowledged the positive impact the pandemic has had on DE&I in their organization. This sentiment is echoed by business leaders around the world, with 63 per cent of respondents holding a similar view. The global survey was conducted amongst 3,136 business decision makers or influencers of DE&I policy (103 from Canada), in organizations employing 100+, across 17 countries. The online interviews were conducted by Sapio Research in September 2021.

Three in four employers (75 per cent) confirmed they now offer a flexible working environment (remote, flex or reduced hours). Half of the respondents think that technology will create job descriptions that appeal to diverse candidates. Furthermore, 46 per cent say that remote work and digitalization have meant it’s easier to recruit employees from under-represented groups, with a similar number (46 per cent) citing hybrid workforce models as a factor that enables a wider variety of DE&I initiatives. Moreover, 84 per cent of respondents say they ensure all business meetings are inclusive, and 85 per cent of Canadian business leaders focus on employee experiences by seeking regular feedback on DE&I initiatives.

But it’s still a work in progress. Despite the progress toward DE&I goals many business leaders observed during the pandemic, the study also illustrates some of the gaps that still exist. Forty-three per cent of respondents believe that their company invests ‘just enough’ in current DE&I initiatives, with room for improvement, while 16 per cent think investment is ‘adequate’ but there’s still a way to go. Furthermore, it looks as though DE&I efforts are directed mainly internally, with only one in five respondents (22 per cent) saying producing inclusive products and services externally is a top priority for their company over the next 12 months.

According to HP’s International Women’s Day 2022 Pulse Survey, Canadian women were less successful in getting promotions than men this past year, with 52 per cent of men being promoted vs. 29 per cent of women who were equally qualified. This is driven by a lack of confidence among women to apply for or express interest in pursuing a growth opportunity, with 30 per cent of men having applied compared to 25 per cent of women, the survey results indicate.

However, 49 per cent of employees surveyed say they feel that their company is making more efforts in combatting discrimination towards gender in the workplace than in the past. But despite initial efforts to reduce gender discrimination, 34 per cent strongly/somewhat agree that Diversity, Equity, and Inclusion (DE&I) efforts declined in 2020, with the COVID-19 pandemic diverting attention elsewhere. Fifty-two per cent of Gen Z in Canada are more likely to believe their company’s efforts have decreased. These results do not align with the findings of a similar global study commissioned by Intel, which indicate that the pandemic has had a positive impact on DE&I within organizations.

When it comes to fostering a working environment where women feel empowered, 36 per cent of Canadian employees believe that a hybrid work model is most beneficial for advancing women and minorities, allowing for both in-person time and flexibility. An in-person/office model is believed to be the second most beneficial (26 per cent), followed by a remote workforce (17 per cent).

The survey was conducted between January 24 and February 7, 2022 among a sample of 6,211 adults in the US, Canada, UK, Mexico and India. Results from the full survey have a margin of error of plus or minus 2 to 3 percentage points, says HP.

A Toronto-based company is using an app to teach kids about earning and managing money, while easing the burden on mothers who typically manage the household work.

You may find it difficult to believe in today’s male-centric tech industry, but in the early days of IT, it was often the women who were the pioneers. Many of them have since been shunted aside, their contributions appropriated or minimized over time. This International Women’s Day, let us introduce you to a few of them.

Mastercard and Rogers Cybersecure Catalyst at Ryerson University have launched two training programs, funded by a C$1.25 million investment from Mastercard, designed to foster inclusion and diversity within the Canadian cybersecurity sector.

Buy now, pay later (BNPL) technology is continuing to increase in popularity, with the payment option expected to grow by 63.5 per cent on an annual basis to reach US$5955.5 million dollars this year.

SPONSORED: Signs of the times: How digital signage will redefine the hybrid workforce

From improving communication and fostering a culture of safety, to facilitating collaboration and driving productivity, digital signage is redefining the workplace. As flexible work arrangements become more popular, next-generation signage will be an important component of the agile office and a distinct asset when some remote workers eventually return to the physical office.

Ontario employers should use a broad definition of the term “employee electronic monitoring” if they don’t want to run afoul of proposed changes to provincial labour law, says a Toronto privacy lawyer.

While the U.N. General Assembly last week debated a resolution demanding Russia withdraw from Ukraine, in a nearby conference room countries began another attempt to put some teeth behind the fight against the criminal use of the internet.

Alberta invests almost $2 million for a program that opens more job opportunities for women in technology, the co-founder of Zypp Electric is opening doors for women in the electric vehicle industry, and women are breaking into the cryptocurrency and NFT space with inclusive and accessible innovations.

This episode reports on attackers using stolen Nvidia code certificates, a company admits real customer data was exposed, the unexplained closing of a criminal forum and a warning to Linux administrators.

Pragya Sehgal
Her characters are bold and smart, but in real life, Pragya is afraid of going upstairs when it is dark behind her. Born and raised in the capital city of India - Delhi - bounded by the Yamuna River on the west, Pragya has climbed the Himalayas, and survived medical professional stream in high school without becoming a patient or a doctor. Pragya now makes her home in Canada with her husband - a digital/online marketing professional who also prepares beautiful, healthy and delicious meals for her. When she isn’t working or writing around tech, she’s probably watching art films on Netflix, or wondering whether she should cut her hair short or not.
Previous articleChannel Bytes March 4, 2022 – Universal Chiplet Interconnect; Industrial IoT AI Framework; global network interconnection; and more
Next articleBuy now, pay later technology continues to boom in 2022