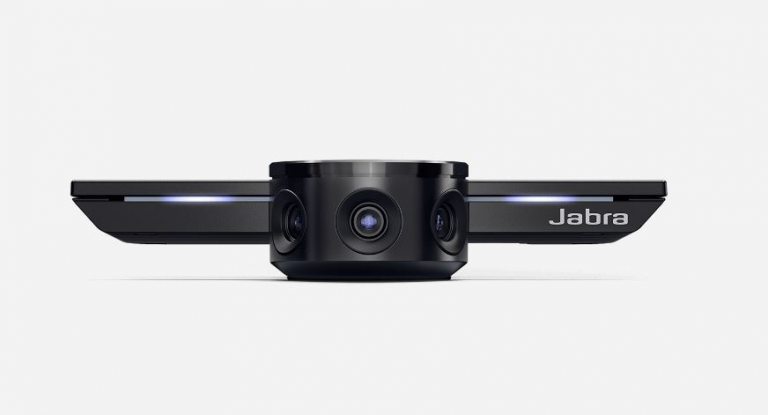 The PanaCast’s most distinguishing feature is its triple cameras at the front, each hosting a 13MP sensor. Their output is stitched together in real-time to form a 4K 180° field of view.

Webcams rarely feature resolutions beyond 1080p for good reasons: bandwidth and lack of demand. For webconferencing, 1080p provides acceptable visual fidelity, and streaming 4K videos can put a strain on inadequate networks. But in the case of the PanaCast, 4K makes sense as its output is much wider than a standard webcam, thus requiring more pixels to display clearly. 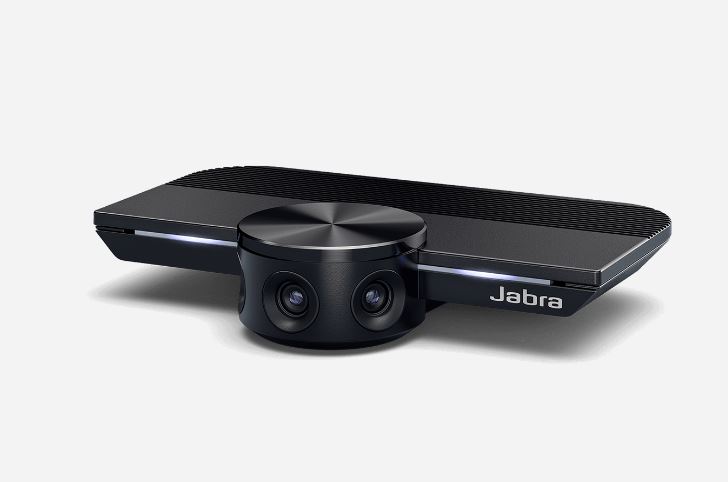 In comparison to other high-end webcams on the market, the PanaCast has the definitive advantage in field-of-view. The Logitech Brio, a high-end consumer webcam, only features a 90° field of view.

Because of its three-camera setup, the PanaCast can also minimize distortion. Using a single wide-angle camera can produce the “fish-eye” effect where the objects in the scene are distorted by optics, especially around the edges. Having dedicated cameras for the peripheral mitigates the issue.

The Jabra PanaCast is available now for CAD$1,209.