Kevin Krempulec is out as Kaspersky’s Canada country manager 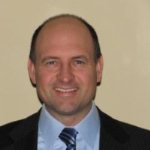 Security vendor Kaspersky Lab North America will no longer have a Canadian point-person, with the departure of its former county manager for Canada, Kevin Krempulec.

CDN has learned that Krempulec is no longer with Kasperksy, and a spokesperson for the Russian security vendor confirms that, rather than having a Canadian point-person, Christopher Doggett will oversee the Canadian market as part of his role as senior vice-president of corporate sales for the North American market.

A 20-year veteran of the North American IT industry, Krempulec spent over four years with Kaspersky Lab and was hired to launch its entry into the Canadian market in late 2008. Building Kaspersky from the ground-up in Canada, he built up the retail and solution provider channels, getting Kasperky software onto Canadian store shelves and into Canadian businesses through the reseller channel. He rose as high as 15 onCDN‘s top newsmakers list for his efforts building the Kaspersky business in Canada.

Kaspersky declined to discuss the circumstances of Krempulec’s departure.

The man that will now be responsible for the Canadian market – Doggett – is already a busy fellow. Hired nearly one year ago as Kaspersky’s North American channel chief, he was promoted earlier this month to senior vice-president of corporate sales. In addition to those new responsibilities, he also maintained the channel chief role, and will now add responsibility for the Canadian market to his growing list of duties.

In a statement provided to CDN, Doggett reaffirmed Kaspersky’s commitment to the Canadian market, but it’s unclear if that commitment includes the physical office opened in Markham, Ont. by Krempulec.

“Our commitment to our Canadian business remains strong, and we will continue to invest in growth throughout Canada in 2013 and the years to come. We have made some changes recently to how we go-to-market in both the U.S. and in Canada, which include reallocating some of our resources to provide a stronger emphasis on our channel partners and their role in the sales process. The net result for our partners is that they can expect to see increases in marketing, lead generation, technical sales resources and inside sales support from us, which in turn will enable them to grow their business faster than before. We have discussed our strategy and these changes with a number of our key partners in Canada and they have all responded positively and confirmed their support of the plan and their expanded role in their region,” said Doggett.”

Kaspersky North America holds its annual channel conference Feb. 7-9 in Cancun, Mexico, and CDN will speak with Doggett about Kaspersky’s future direction in the Canadian market, and what this news means for its channel partners.

We’ve also reached out to Krempulec to learn of his future plans. Before joining Kaspersky, he was vice-president of sales and marketing for Net Integration Technologies, and was also senior manager of field sales with Symantec Canada.

Jeff Jedras
A veteran technology and business journalist, Jeff Jedras began his career in technology journalism in the late 1990s, covering the booming (and later busting) Ottawa technology sector for Silicon Valley North and the Ottawa Business Journal, as well as everything from municipal politics to real estate. He later covered the technology scene in Vancouver before joining IT World Canada in Toronto in 2005, covering enterprise IT for ComputerWorld Canada. He would go on to cover the channel as an assistant editor with CDN. His writing has appeared in the Vancouver Sun, the Ottawa Citizen and a wide range of industry trade publications.
Previous article
Symantec makes leadership change, reports drop in income
Next article
Kaspersky launches endpoint security offering for businesses

Are MSPs stuck in a cyber-security rut?

Kaspersky brings in an outsider as new channel chief