Calls placed to SoftwareONE confirmed that the company is operating in Canada and has hired former CDW Canada’s software solutions manager Mandy Grewal to be its first ever director for SoftwareONE Canada. 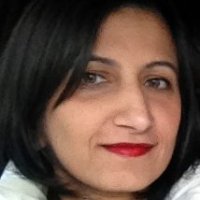 CDN has reached out to Grewal for an interview. As of press time, Grewal did not respond to the request. CDN will update this story with her comments when they are made available.

Tech Data Canada vice president of marketing also confirmed for CDN that SoftwareONE has an account with the distributor and that they have engaged with them. But Myers added that its early days and any business that has been done were nominal.

“SoftwareONE is definitely a player and they will have a greenfield opportunity here in Canada,” Myers said.

Myers acknowledged that SoftwareONE entering the Canadian market means more competition for established LARs such as Softchoice and CDW Canada.

He added that the market perception of SoftwareONE currently is of a company entering a market that already has a lot of coverage. Myers believes that when vendors have large U.S. relations it is often the case to extend those to the Canadian market.

According to a company press release, SoftwareONE’s year-over-year growth is greater than 40 per cent since 2006. They also claim to be Microsoft’s fastest growing LAR in the world.

One Microsoft Canada executive told CDN that the Mississauga, Ont.-based subsidiary has an open environment to business and what they look for in a partner is differentiation when asked about SoftwareONE entering the Canadian market.

SoftwareONE captured the 2012 Microsoft Partner of the Year award.

Two other sources close to the situation have told CDN that SoftwareONE has already upset some LARs in Canada by hiring away key staffers who work on Microsoft software sales.

Microsoft is not the only business SoftwareONE does. They also have alliances with Adobe, IBM, VMware, Oracle, Citrix, Symantec, and McAfee.