The new machines will be available through the channel starting April this year.

The company claims its latest line of multi-function printers are the smallest, fastest and most economical MFP’s in their categories. The machines are able to crank out as many as 33 per cent more pages without a toner break, use up 53 per cent less power and take up 40 per cent less space than competing models. 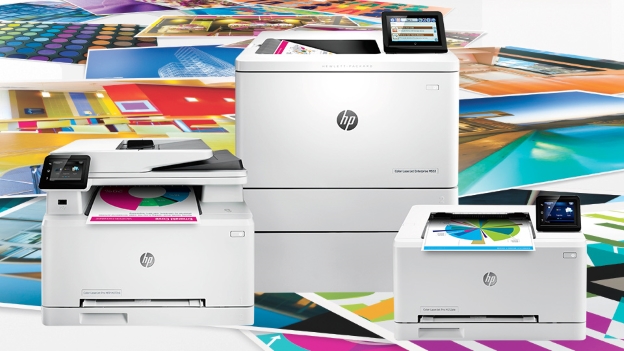 “In the last five year office space has shrunk by as much as 25 per cent that is why there is a premium in space saving in most SMBs,” according to Pradeep Jetwani senior vice-president of Hewlett-Packard’s laser jet and enterprise solutions division. “Enterprise companies have a larger volume of print jobs and savings is a big thing. But, because of the heightened concern over data breaches, security has become a major issue as well, even when it comes to printers.”

The new products introduced here are the:

HP had to change as much as 70 per cent of the technology sitting in the toner cartridge to come up with the other technological advances found in the new line, according to Annie Mosler, one of the HP presenters.

In fact HP had to go down to the toner particle level to achieve faster printing speeds while keeping down energy consumption. Current toner particles are not very durable and they tend to get crushed when heated by the printer in order to get spread out over paper to form an image. With this method, the printer requires more heat and takes up more time to spread the toner over the paper evenly.

“Our new ColorSphere 3 toner is more durable, it lasts longer and requires a lower temperatures to get it on the page,” said Mosler. “The printer doesn’t need to heat up more, so it is able to save power and is able to get started printing resulting in 33 per cent more pages.”

This also means the printers consume about 53 per cent less energy and can designed to be 40 per cent smaller than previous models.

The toner cartridges also come with a chip that allows the machine to identify if the cartridge being loaded is genuine, counterfeit or a refilled one. Users have the option of “locking-in” cartridges so that they work only with a certain machine to prevent cartridge theft.

Speed and security as selling points

The new machines come HP’s JetAdvantage Private Print technology. With private Print, users are provided with their own passwords to prevent unauthorized access of print outs. The technology allows users to queue print jobs. It requires the user to go to the printer and physically release the print job by keying in a personal password.

Speed and the security features found in the new enterprise model can be a good selling points according to Barbara Richards, senior consultant for digital peripherals at InfoTrends.

“Because these machines are able to wake up from sleep mode faster than other printers, users are able to start their print job quicker. I think that will be a big selling point for most businesses,” she said.“With greater awareness about data breaches, I believe the authentication and security features will be attractive to enterprise organizations.”