LG Electronics is bringing its new LG G3 smartphone to Canada, beginning August 1, with Bell, Rogers, MTS, Sasktel, Videotron and select national retailers, such as The Source and Wirelesswave.

“Life is complicated. Your smartphone shouldn’t be,” said Ross Snow, vice-president, LG Mobile Communications, in a statement. “The LG G3 packs the innovation consumers want, with the simplicity they crave. Developed under LG’s Learning from You philosophy, the G3 demonstrates that in today’s evolving smartphone market, real innovation is delivering technology that is both advanced and simple to use.” 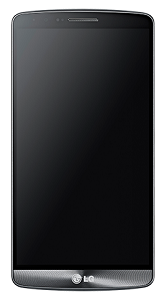 According to LG, with the laser auto focus the G3’s camera is up to 70 per cent quicker at focusing than other smartphone cameras. It also touts the front-facing soft light to help with creating the “perfect selfie” for users. It claims the Quad HD IPS display produces images some 400 per cent sharper and clearer than other HD smartphone displays, and its new Smart Keyboard uses adaptive technology to adjust keyboard size and layout based on individual preferences.

New features in the G3 that LG is touting include a kill switch to disable the phone remotely and wipe all personal data in the event of loss or theft, a “knock code” that allows users to unlock the phone with a combination of three to eight customized taps, and Content Lock to keep personal files safe and hidden when sharing your phone with friends and family. 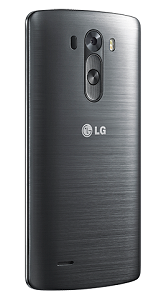 Jeff Jedras
A veteran technology and business journalist, Jeff Jedras began his career in technology journalism in the late 1990s, covering the booming (and later busting) Ottawa technology sector for Silicon Valley North and the Ottawa Business Journal, as well as everything from municipal politics to real estate. He later covered the technology scene in Vancouver before joining IT World Canada in Toronto in 2005, covering enterprise IT for ComputerWorld Canada. He would go on to cover the channel as an assistant editor with CDN. His writing has appeared in the Vancouver Sun, the Ottawa Citizen and a wide range of industry trade publications.
Previous article#Follow Friday: Focus on e-commerce, marketing and mobile apps
Next articleHow unchecked metadata expose sensitive corporate information