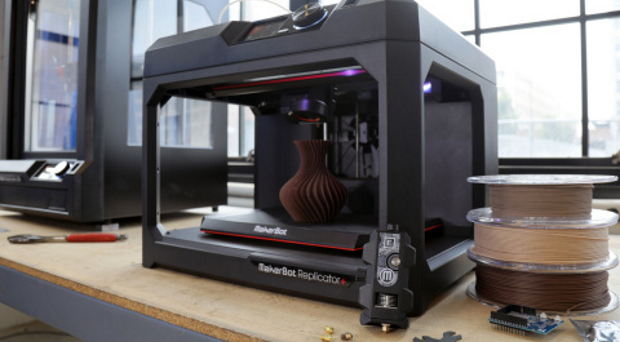 3D Printing vendor MakerBot has a lab. The new lab is in Brooklyn, N.Y. and will be coined MakerBotLab. This new space is for engineers and developers to work and collaborate on customized new 3D printing solutions.

What MakerBot is hoping to create with this lab is a sense of freedom to experiment with advanced 3D printing features and materials. The company issued a statement saying: “This gives designers and engineers a powerful sandbox to push the limits of 3D printing, while still retaining the option to fall back on extensively tested MakerBot solutions. Tested reliability when you need it, and the freedom to experiment and innovate.”

MakerBot CEO Nadav Goshen said MakerBot built some of the industry’s first desktop 3D printers, then the first fully connected 3D printers, and most recently launched solutions for educators and professionals that go much wider. Focusing on these customers’ needs, the company learned that the main barrier to wider 3D printing adoption was the lack of a reliable and easy to use solution.

Goshen has already announced the first set of products from the lab. The first one is called the Extruder, a customizable extruder with a modifiable design and four interchangeable nozzles, designed for the advanced user looking to push the limits of what’s possible with MakerBot 3D printers. The Extruder is swappable and gives users a large diameter draft nozzle that enables draft printing at higher speeds, while a harder stainless steel nozzle enables printing in abrasive materials like metal composites.

MakerBot Labs also has a new community and an API. The new MakerBot Labs Community on Thingiverse is the single resource hub for user submissions and collaborations like custom Material Print Modes, custom hardware mods, new apps and software APIs, and discussion of advanced techniques and applications.

And, developers can now access software and hardware APIs to interface with and expand the capabilities of MakerBot 3D printers.

CDN Staffhttps://channeldailynews.com
For over 25 years, CDN has been the voice of the IT channel community in Canada. Today through our digital magazine, e-mail newsletter, video reports, events and social media platforms, we provide channel partners with the information they need to grow their business.
Previous article
Panasonic’s new global connectivity offering ditches the roaming charges
Next article
iPhone X pre-orders open soon