McAfee adds EDR and cloud protection to its Mvision platform

LAS VEGAS — Workloads are moving to the cloud, and so are McAfee’s security products.

Executives from the security software company spent most of Wednesday morning refreshing everyone’s memory about its Mvision platform, which was first unveiled in July and described by McAfee as a critical component of its product portfolio.

During his keynote at McAfee’s Mpower conference, CEO Chris Young described Mvision as a road map to help organizations prepare for a future filled with billions of connected devices and threats deployed on the cloud. He then introduced Mvision Cloud and Mvision Endpoint Detection and Response (EDR), rounding out the portfolio that already includes Mvision ePolicy Orchestrator (ePO), Endpoint and Mobile.

According to McAfee, cryptojacking and other forms of coin mining malware have seen a 400-500 per cent increase in the past year.

“Security can no longer be an afterthought as we move our infrastructures to the cloud,” said Young. 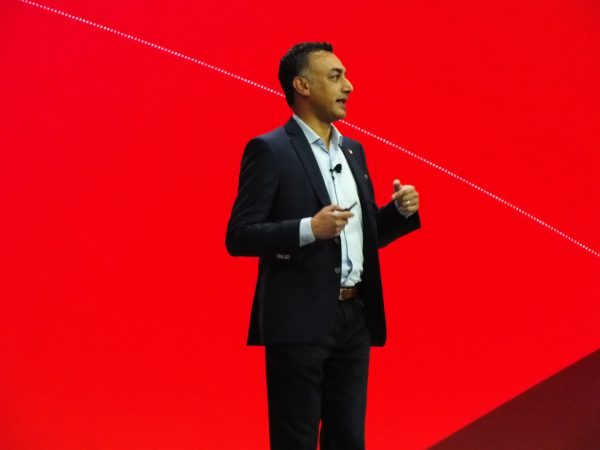 Raja Patel, McAfee’s vice-president and general manager of corporate security products, says Mvision EDR will help automate a lot of the manual labour that comes with detecting and responding to threats. Photo by Alex Coop.

Mvision Cloud, essentially a rebranding of its January acquisition of Skyhigh Networks, protects data that’s migrating from secure on-premises environments to the cloud across Software-as-a-Service (SaaS), Infrastructure-as-a-Service (IaaS) and Platform-as-a-Service (PaaS) platforms. But Young says some improvements to Mvision Cloud have been made since Skyhigh’s acquisition. Among some small tweaks to the platform, they’ve developed a Cloud Access Security Broker tool that monitors and controls an organization’s access to data on the cloud.

Mvision EDR, on the other hand, is brand new technology according to McAfee. Raja Patel, McAfee’s vice-president and general manager of corporate security products, said its purpose is to reduce the time it takes to detect a threat that has entered a system with the combined strength of AI, machine learning and humans.

“Today, EDRs don’t hunt for threats, people still do that and it’s very labour-intensive,” he said. Mvision EDR uses AI to speed up investigations and evidence gathering. McAfee says its own internal security operations was able to up-skill low-level operators and achieve a 15x reduction in time spent investigating threats.

According to a McAfee survey, 55 per cent of respondents said that human-machine teaming would be most effective in automating defenses.

McAfee Mvision ePO, Mvision Endpoint, Mvision Mobile and Mvision Cloud are currently available. Mvision EDR will be available in the first quarter of 2019.