The 2016 Microsoft Worldwide Partner Conference in Toronto is going to be Gavriella Schuster’s coming out party as company channel chief.

She currently is labeled as the interim channel chief. In mid-May of this year Phil Sorgen stepped down as Channel Chief in a surprising move to go and run the enterprise for Microsoft. Sorgen, who was the Microsoft Canada president for close to six years told CDN that he was looking forward to hosting all the channel partners in is adopted country of Canada.

What to get to know Schuster? Click here to watch a video interview.

But the switch in channel leadership sort of augments the software giant’s focus on the cloud. From many solution provider’s viewpoint Microsoft has turned itself into a cloud-first organization. And, this particular Worldwide Partner Conference is going to be pivotal for the channel ecosystem in terms of alignment to the new long term strategy.

Convening that strategy will be Schuster who was running channel programs for Microsoft. Schuster sets the strategy for the entire partner ecosystem which numbers an amazing 640,000 global partners. Look for Schuster to lay out a plan on digital transformation. Also don’t be surprised if she talks about mutual profitability plans, which is new for the company who has tended to shy away from providing hard financial terms.

Experts weigh in on LinkedIn’s future at Microsoft

Of course the real wild card at this show is LinkedIn. The $26 billion acquisition surprised many in the channel. What’s the direction moving forward with LinkedIn? That’s a good questions several attendees will be asking Microsoft executives. But, don’t expect a lot of answers as the deal is expected to close by the end of the year.

From a Canadian perspective, the 2016 IMPACT awards will be held Sunday night where 16 prizes will be up for grabs. Last year Toronto-based ProServeIT Corp. won the 2015 Microsoft Country Partner of the Year Award for Canada for demonstrating excellence and innovation based on the Microsoft technology stack. Company president Eric Sugar told CDN he is hoping for a repeat. 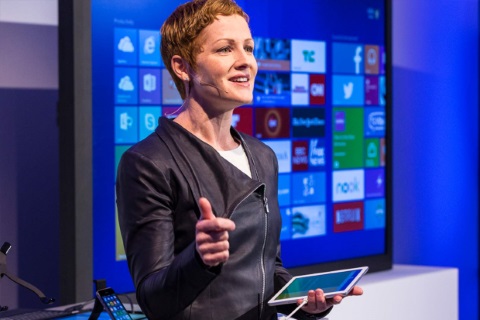 Of course the main keynote will come from CEO Satya Nadella, but possibly the most important person at this show is Julia White. White leads the cloud platform business for Microsoft and is responsible for Azure along with security, mobility and Windows Server. Those are four key areas for Microsoft solution providers and given the company’s focus on cloud it will be up to White to clearly deliver what the value proposition is to partners in Toronto.

CDN will have an exclusive interview with White at this year’s conference.

Last year in Orlando Judson Althoff made the rounds to many of the regional partner celebration parties including the Canadian one. The former Oracle Channel Chief now leads the commercial business and has implemented strategies that has seen the company triple its cloud business over the years.

While Sorgen is not officially hosting all partners in Toronto, he does plan on attending. Look for him to be on stage to talk about his new role leading the enterprise and partner group, one of the larger areas of business for Microsoft. He plans to outline how partners can use the cloud and devices in this new consumption model.

One source told CDN that WPC in Toronto will have a push on Internet of Things specific to the line of business decision markers. Again, Microsoft will try to align its products such as Dynamics CRM, AX, Office 365 and Cortana to those solution providers interested in developing an IoT practice. The same source added that his interest lies in the Azure IoT suite and the IoT partner program.

Beyond the actual company direction for partners Microsoft Canada is expecting to break attendance records at the Toronto show. Last year in Orlando slightly more than 15,000 partners showed up for the event and braved the muggy Florida weather.

This will be the third time Toronto hosts the Microsoft Worldwide Partner conference and sources tell me that more than 16,000 attendees will be there from more than 135 countries. The event kicks off on Sunday July 10 and runs the entire week at the Metro Toronto Convention Centre as well as the Air Canada Centre. Also approximately 19 hotels are being used for additional networking sessions.