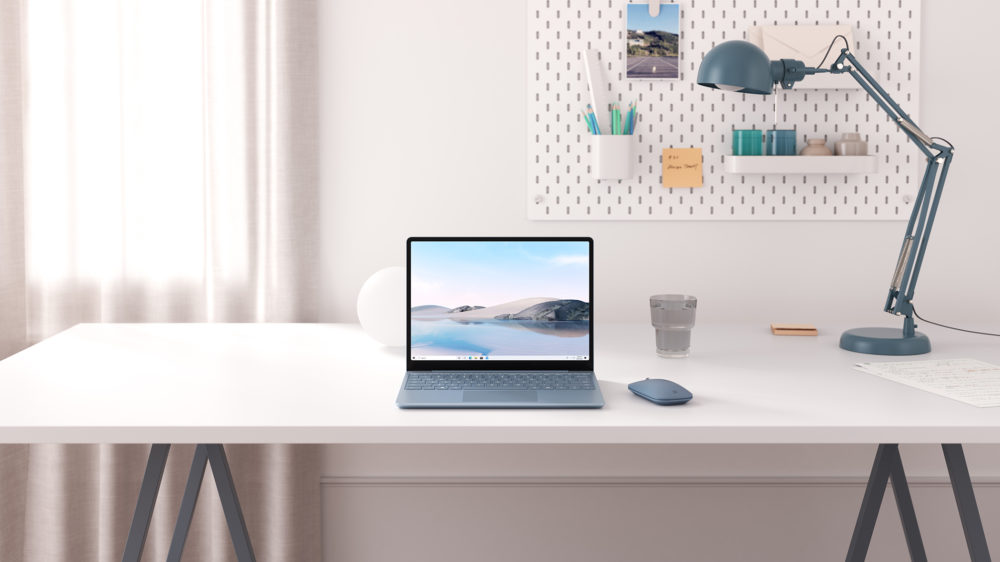 Before the Surface Laptop Go, the Surface Go tablet PC was the only Microsoft product with the Go suffix, a designation indicating that it’s the affordable variant of its counterpart. To push down its price, the Surface Go only uses an Intel Pentium processor, has lower memory capacity, and comes with lower storage options. 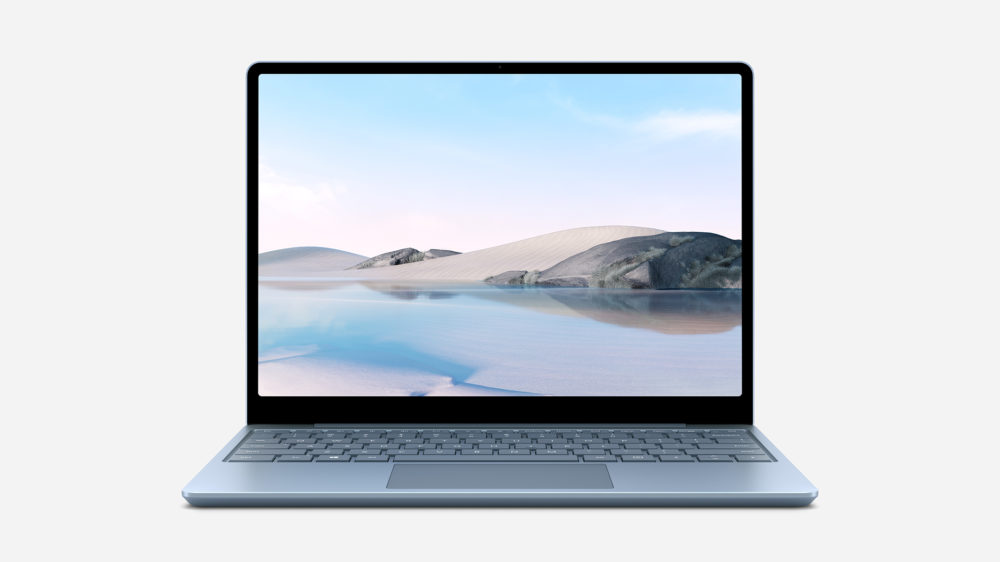 Microsoft didn’t follow the same formula with the Surface Laptop Go. It’s still more affordable, but it’s powered by the Intel 10th-Gen “Ice Lake” Core i5-1035G1 processor, a 4 core/8 thread processor with a 15W TDP. It can also be configured with up to 16GB of LPDDR4x memory and up to 256GB of storage. 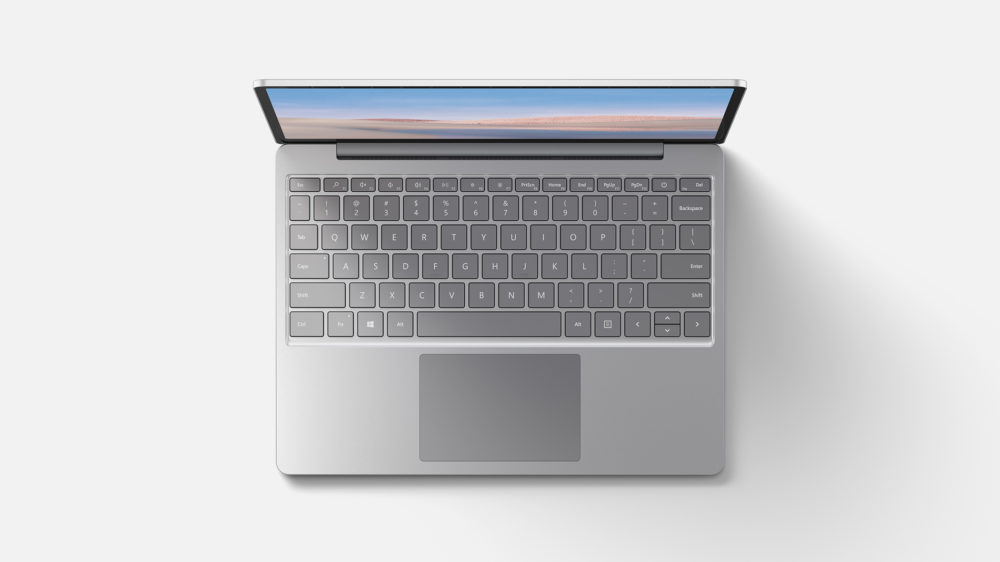 The Laptop Go also has enterprise security features including Firmware TPM and a fingerprint reader power button. Port-wise, it comes with a USB-C port, one USB-A port, a 3.5mm headphone jack, and a Surface Connect port for charging and connecting to the Surface Dock. 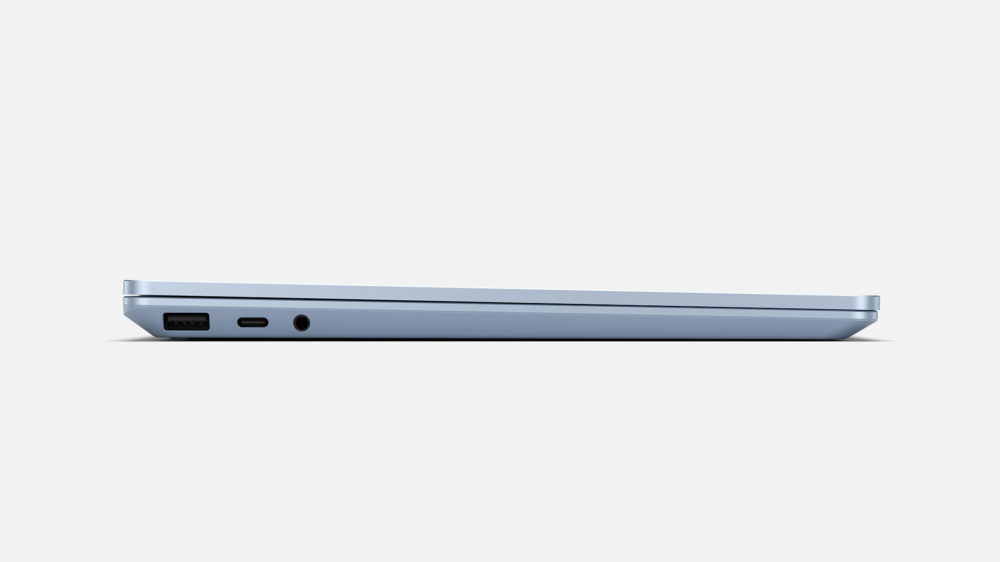 With that said, there’s one big caveat with choosing the starting configuration. Like the Surface Go, the base model starts with 64GB of eMMC storage, which is much slower than the 128 and 256GB SSDs found in the higher-end models. Also, the fingerprint power button is absent from the base model.

The outer shell is made from a blend of materials. The top shell uses pure aluminum, while the bottom portion is a “polycarbonate composite resin system with glass fibre and 30 per cent post-consumer recycled content”. Three colour options are available: Ice Blue, Sandstone, and Platinum.

The Surface Laptop Go is available for pre-order now from the Microsoft Store and will ship on Oct 13. 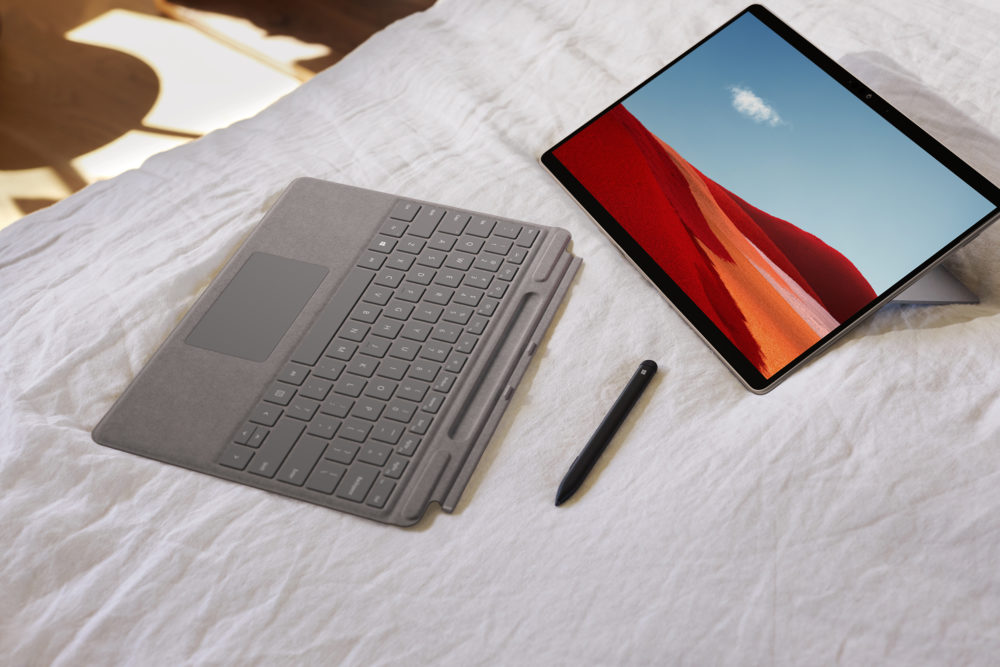 Microsoft is also taking another crack at the Surface Pro X, its Windows tablet PC built with an Arm processor. When it first launched, the Surface Pro X received mixed reviews due to its lacklustre software performance. This time around, Microsoft has not only updated its processor to the Microsoft SQ 2 chip built on the Qualcomm Snapdragon 8cx gen 2 but has also promised to increase the number of app partners to develop for the Windows on Arm ecosystem.

Judging by their product sheets, the Microsoft SQ2 chip looks nearly identical to the SQ1 save for a slight boost in graphics. Its CPU is the same octo-core Kryo 495 CPU as last gen. Without clarification from both Microsoft and Qualcomm, it isn’t clear what exactly was improved on the SQ2.

Other configuration options include up to 16GB LPDDR4 memory, 512GB of removable SSD storage, a 13-inch 2880 x 1920 PixelSense display, and the flat Surface Slim Pen. Microsoft says the new Surface Pro X can last up to 15 hours on a single charge.

The new Microsoft Surface Pro X is available for pre-order now starting at CA$1,350 and will ship on Oct 13.

Tom Li
Telecommunication and consumer hardware are Tom's main beats at Channel Daily News. He loves to talk about Canada's network infrastructure, semiconductor products, and of course, anything hot and new in the consumer technology space. You'll also occasionally see his name appended to articles on cloud, security, and SaaS-related news. If you're ever up for a lengthy discussion about the nuances of each of the above sectors or have an upcoming product that people will love, feel free to drop him a line at [email protected]
Previous article
Dell refreshes XPS 13 and XPS 13 2-in-1 laptops with faster hardware
Next article
D&H Canada launches two new Lenovo-focused partner programs