In honour of International Women’s Day, Microsoft Canada unveiled a portrait showcasing 10 aspirational Canadian women who have used Microsoft technology as part of their success, alongside the female executives who make up Microsoft’s own Canadian leadership team.

Women executives now make up more than 50 per cent of Microsoft Canada’s leadership positions lead by president Janet Kennedy, who took over from Max Long in October of last year.

The portrait, taken at the Microsoft Technology Centre, brings together 10 sets of women – one Canadian community leader, business leader or entrepreneur and one Microsoft executive – who have achieved success in their field or are affecting change in their communities.

One of the women leaders featured was Sharon Vinderine, the founder of Parent Tested Parent Approved or PTPA. The PTPA is now one of Canada’s largest online communities of parent product testers. Vinderine started her career by being one of the founders Canadian wireless communications company Mipps Net Online. 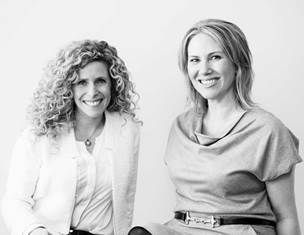 Vinderine sold Mipps and then decided to start a family, which sparked an interest in developing new baby products. From there, Vinderine realized there was a significant niche in the market for an online platform where parents can learn about the best products and services for their families and in 2008 she founded PTPA.

Kennedy said Microsoft treats diversity as an aspiration. “It’s a value we live and breathe everyday. Our leadership team is driven by some of the best and brightest women in the industry, and our technology empowers innovative women across the country to compete in every facet of the businesses that are driving Canada’s economic growth. International Women’s Day celebrates the achievements of women globally; what better way to mark the occasion than celebrating the incredible women who are making a difference with technology right here in Canada,” she said.

Top 25 women of the IT channel ecosystem

What to make of Microsoft Canada’s new president

The women featured in the portrait are from the top row (left to right):

Featured in the front row (left to right):

Bourdeau said that technology played a critical role in her success as a workplace mediator. “I have long relied on technology to help me accomplish my goals. I use Outlook to stay organized and Office to create. In my life, technology has truly been the greatest equalizer; it leveled the playing field and helped me compete in a highly competitive industry,” she said.

Bourdeau, blind at birth, was not allowed to attend school in her native United Arab Emerates. She started school at the age of 13 when she arrived in Canada, went on to law school at Queen’s University, and now works as a Mediator with special interest groups. She also volunteers with several organizations and was part of the Ontarians with Disabilities Act Committee.