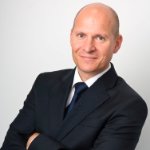 Microsoft Canada has confirmed today they will be moving to one partner organization. Currently the Canadian operation sports an Enterprise Partner Group (EPG) and the Small-to-Mid-market Solutions and Partners (SMS&P) group. EPG will join forces with the partner sales team in SMS&P under Mark Dodds, the vice president of SMS&P at Microsoft Canada.

CDN also learned that Microsoft plans to roll this out globally if the Canadian trial proves to be successful.

How this move impacts the channel when it comes to enterprise accounts is up in the air.

The larger issues Bibby sees is will the larger channel partners such as Accentureand Cap Gemini use Microsoft for their big accounts? Bibby is not so sure that will happen.

“There is a big misconception out there that Microsoft is a big player in the enterprise. The enterprise comes to Oracle and IBM and they dismiss Microsoft. I think they play in different areas. They are not considered one of the top players in the enterprise space,” Bibby added. SAP did the exact same move a few years ago. According to Bibby, SAP had two disparate groups and its channel revenue was in the low single digits. Since the move partner business now covers more than 30 per cent of its overall revenue.

“They were not talking to each other,” Bibby said of SAP’s enterprise and SME groups. “ He believes these types of moves can be a good thing going forward for Microsoft. “I expect Microsoft Canada to be more coordinated and they will share resources. It will also help the partner community because the right partner will get the right resources for the customer,” he said.

Bibby added that no other company that he researches has specific partner groups or departments for enterprise and SMB with separate reporting structures.

“Microsoft is looking to change this up a little and see them getting better traction in the market place. It will introduce new problems, but it will solve more problems,” Bibby said.

CDN has been promised an interview with Mark Dodds on this story and will update this news.