The Creators Update isn’t the only major update coming to Windows 10 in 2017.

Microsoft has confirmed that the company will be releasing a second major Windows 10 update later this year to fulfill the promise of two major updates per year made during the Anniversary Update launch last summer.

During its Ignite Conference in Australia last week, the tech giant revealed in a slideshow the company’s intention to launch a second update in the later half of 2017. While discussing the Windows 10 release cycle, Microsoft representatives specifically mention the two updates coming this year saying, “plus the two [releases] that we intend in shipping in 2017.” 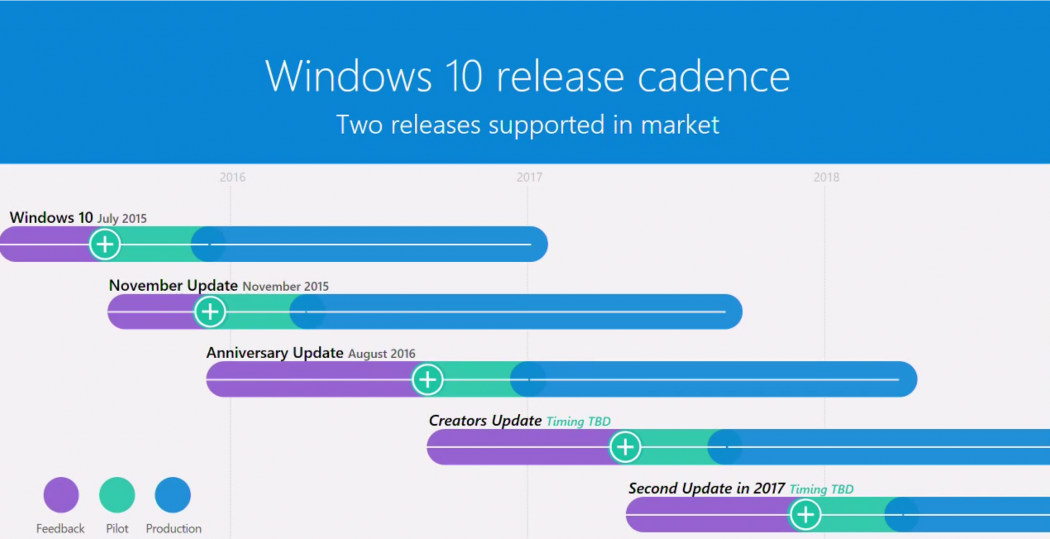 Orginially reported on by onMSFT, the update has been dubbed Redstone 3, and according to the slide above, it will become available to Insider previewers following the release of the Creators Update (Redstone 2) this spring. The general public can expect to see this update before the end of the year. However, enterprises may have to wait until 2018 to get a hand on whatever the second update entails, as the production date seems to be sometime in 2018.

While Microsoft hasn’t muttered a word on what this update could entail, it could land alongside Project Neon, the next version of the company’s Windows design language.

News of the contents of this update are likely to drop during Microsoft’s Build developer conference in May following the release of the Creators Update. Stay tuned to CDN for more.