At Microsoft Ignite, the tech giant unveiled a host of Teams updates including unique video meeting capabilities, calling updates, and admin controls among others in an attempt to make it easier for people and businesses to operate in the evolving work environment.

Releasing this year, new background options will allow users to transport their teams to different settings, such as a conference room, an auditorium or a coffee shop. Introduced as a new feature for Microsoft Teams in July 2020, Together mode delivers a shared environment, unlike traditional video conferencing tools where people are aligned in a grid format.

These layouts will allow presenters to customize how content shows up for participants during a meeting. The presenters, for example, can have themselves appear in the foreground of a PowerPoint presentation for increased engagement. Microsoft says it will be released later this year.

Releasing next month, this feature will enable meeting organizers to split up participants into smaller groups. Presenters will be able to hop between breakout rooms, make announcements to all breakout rooms, and close the breakout rooms that then bring everybody back into the main meeting. 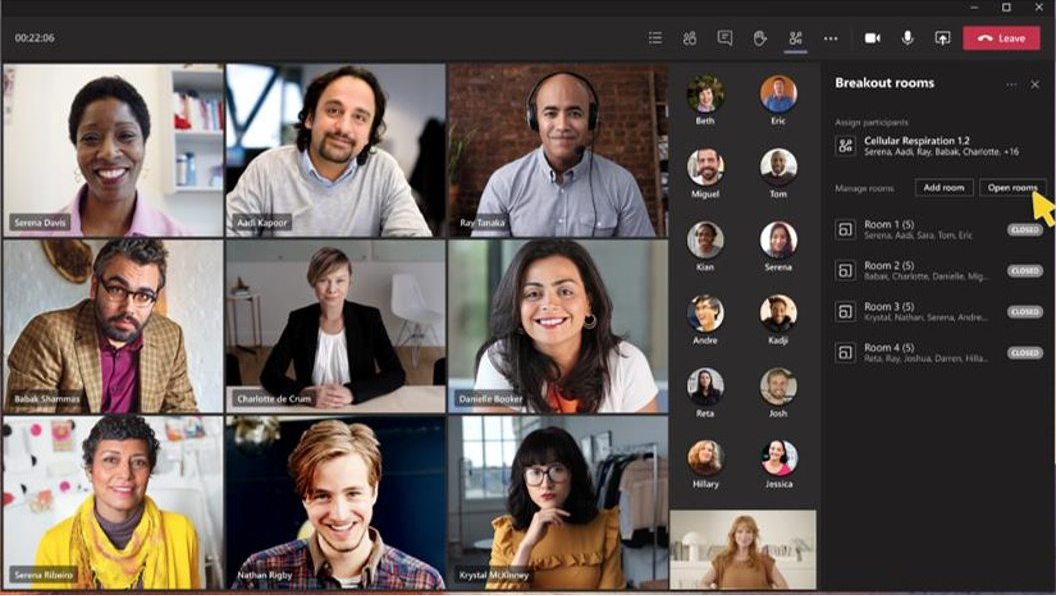 A recap with the meeting recording, transcript, chat, shared files and more will be automatically shared in the meeting chat tab and viewable in the details tab for each meeting, and also in the meeting event in the Outlook calendar. It will be released this year, says Microsoft. 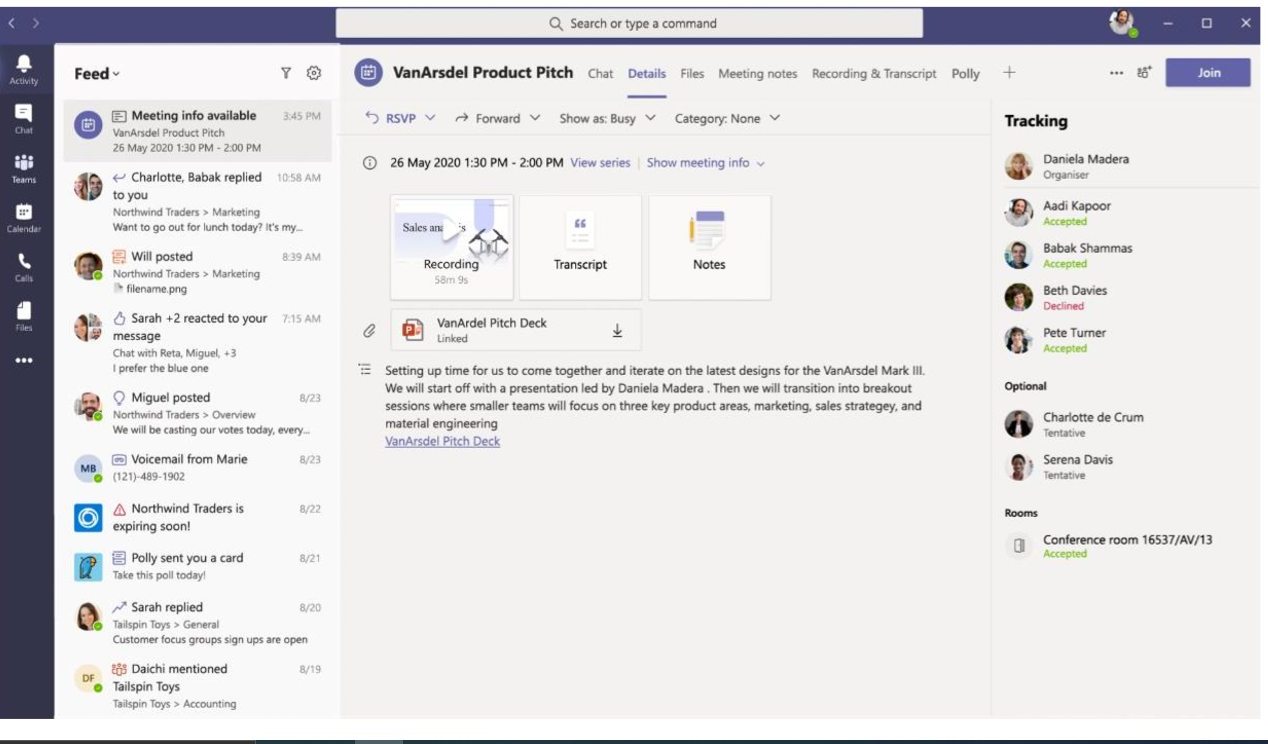 Aimed at making meetings or customer webinars more structured and making it easier to manage attendance, these new features will allow meeting organizers to use event registration with automated emails. Organizers will also be able to view a detailed reporting dashboard after the meeting, which will help them understand attendee engagement, says Microsoft. They will be rolled out by the end of year.

“What’s most interesting about these developments isn’t the functionality they bring – though that’s certainly valuable – but how they reflect bigger picture issues about the evolution of the workplace,” said Bob O’Donnell, a tech research analyst, in a recent blog post.

Microsoft will be doing this by bringing the collaboration bars into the Teams Rooms product family. It had launched collaboration bars for Microsoft Teams, a video-first conferencing solution built on Android, earlier this year. “By aligning both Windows and Android platforms within the Teams Rooms, we can deliver a robust feature set across both operating systems,” says Microsoft.

This upcoming feature for Microsoft Teams Rooms on Windows uses data from meeting room cameras equipped with people-counting technology to alert in-room meeting participants if the room is over capacity based on capacity data defined by the IT administrator. It has been designed to help organizations remind users of room capacities and social distancing practices,” says Microsoft.

Being released early next year from Microsoft’s first partners, Creston and Yealink, this new category of devices, that can be mounted outside a meeting space like cameras, provides users with the ability to view space and meeting details, reserve a space, view upcoming reservations and identify current availability status. Users can also view the building floor plan and book another room using the “Nearby Rooms” feature.

Qualifying customers will be able to deploy two Microsoft Teams Rooms at no additional charge. Microsoft is doing this with support from its specialized meeting room partners.

In addition, Teams Rooms will be added to the FastTrack benefit beginning October 1, 2020, where qualified customers can get remote guided assistance on select rooms at no additional charge.

New calling experience is coming later this year wherein users will get a streamlined view of contacts, voicemail and calling history at once, enabling them to initiate or return a call with a single click. 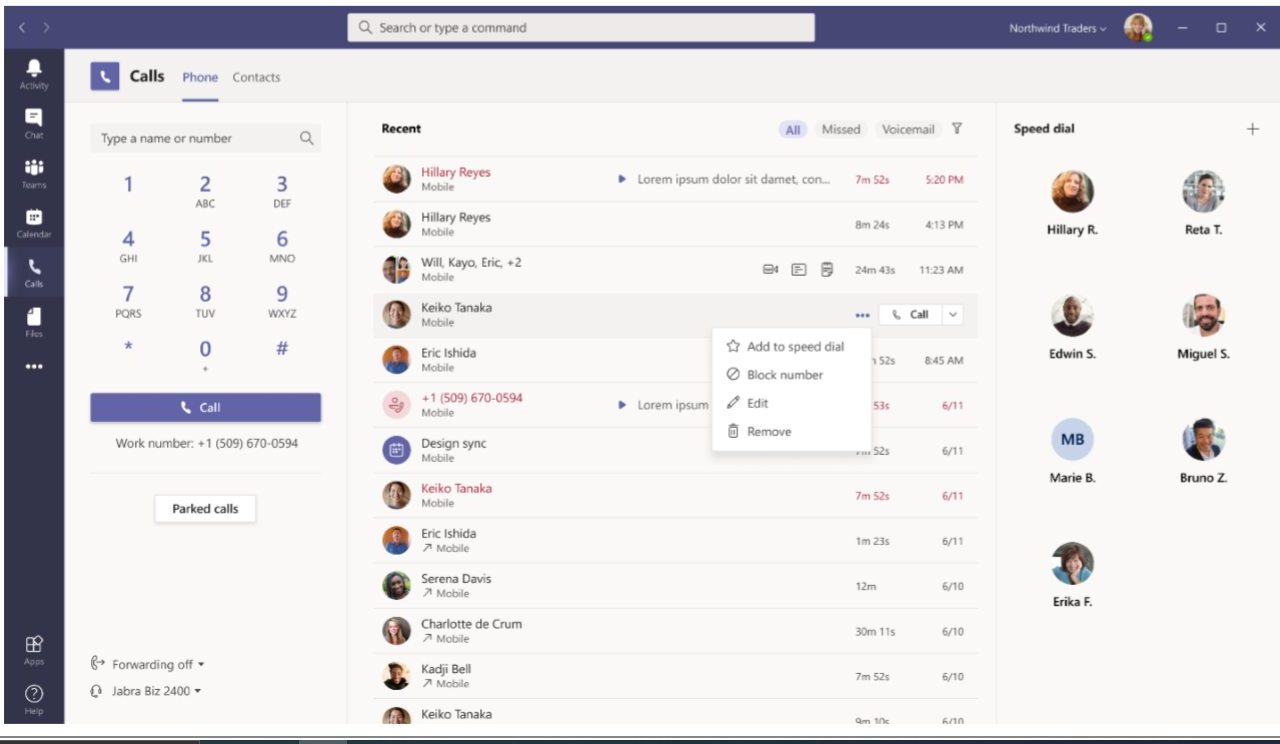 This new feature will allow users to connect a call queue to a Teams channel which can be used for collaborating and sharing information while taking calls in the queue. Microsoft says this feature is ideal for scenarios like HR Hotline and IT help desk. IT admins can quickly connect call queues to specific channels, and team owners can manage the settings. 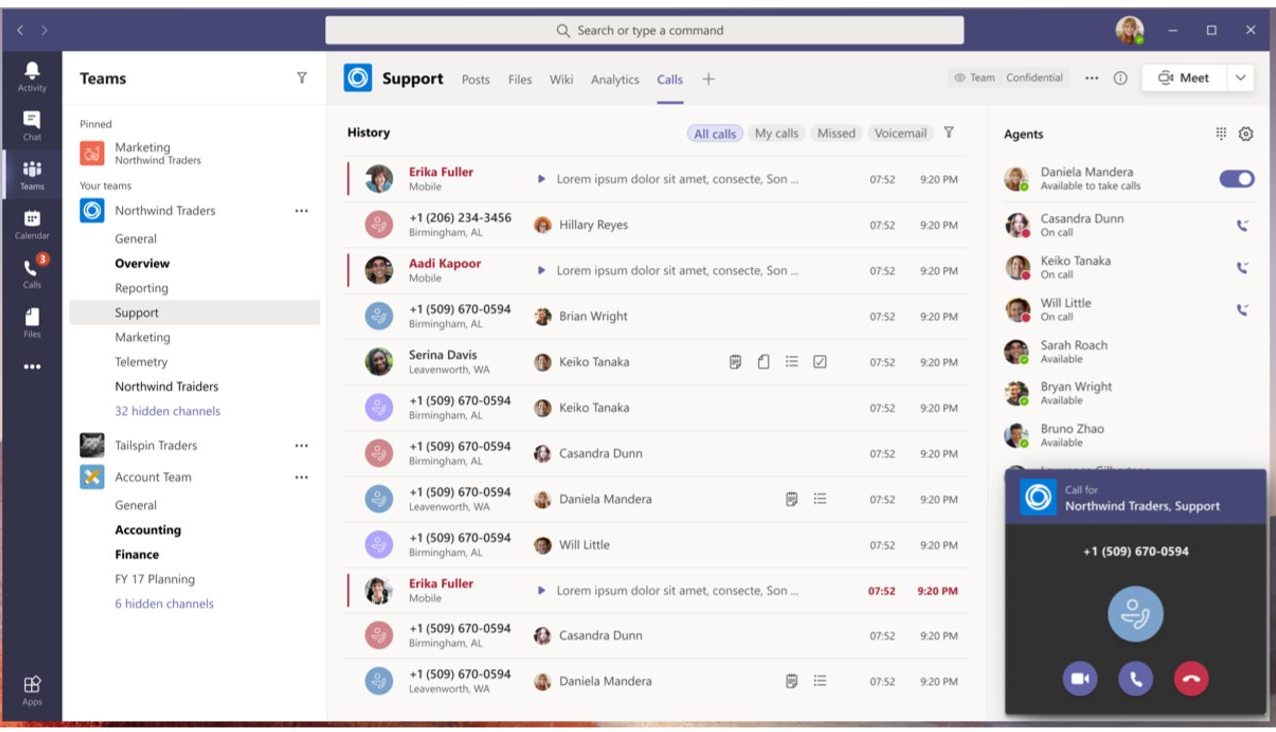 New meeting features for 1:1 calls will include transcription, live captions, recording and the ability to transfer between Teams mobile and desktop apps. Transcripts and recordings will be saved in the chat window after a call. These features can be enabled via the control bar within the Call window.

Teams templates, now generally available, are aimed at making it easier for users to set up a new team. Template options include a predefined set of channels, tabs, apps and settings catered to industry-specific and role-based scenarios. Templates include common activities such as project management and employee onboarding, as well as industry-specific and Firstline Worker templates, such as Organize a Store, Retail Manager Collaboration and Collaborate on Patient Care. IT professionals can also create custom templates for your organization, to standardize team structures, reveal relevant apps, and scale best practices. 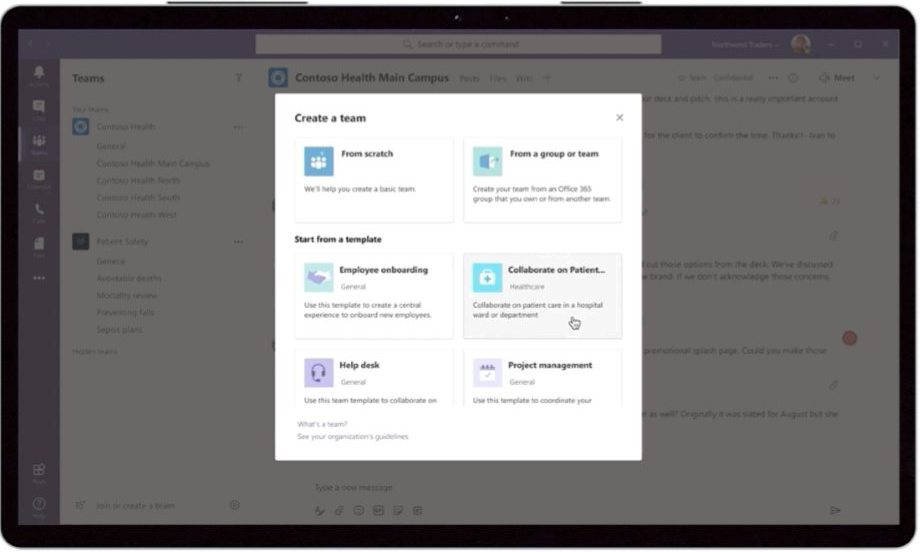 Info pane, available now, provides an at-a-glance summary of active members, important posts and other relevant information in each channel. Microsoft says it is also adding a new conversation button to make creating new channel conversations versus replying to existing ones more intuitive. 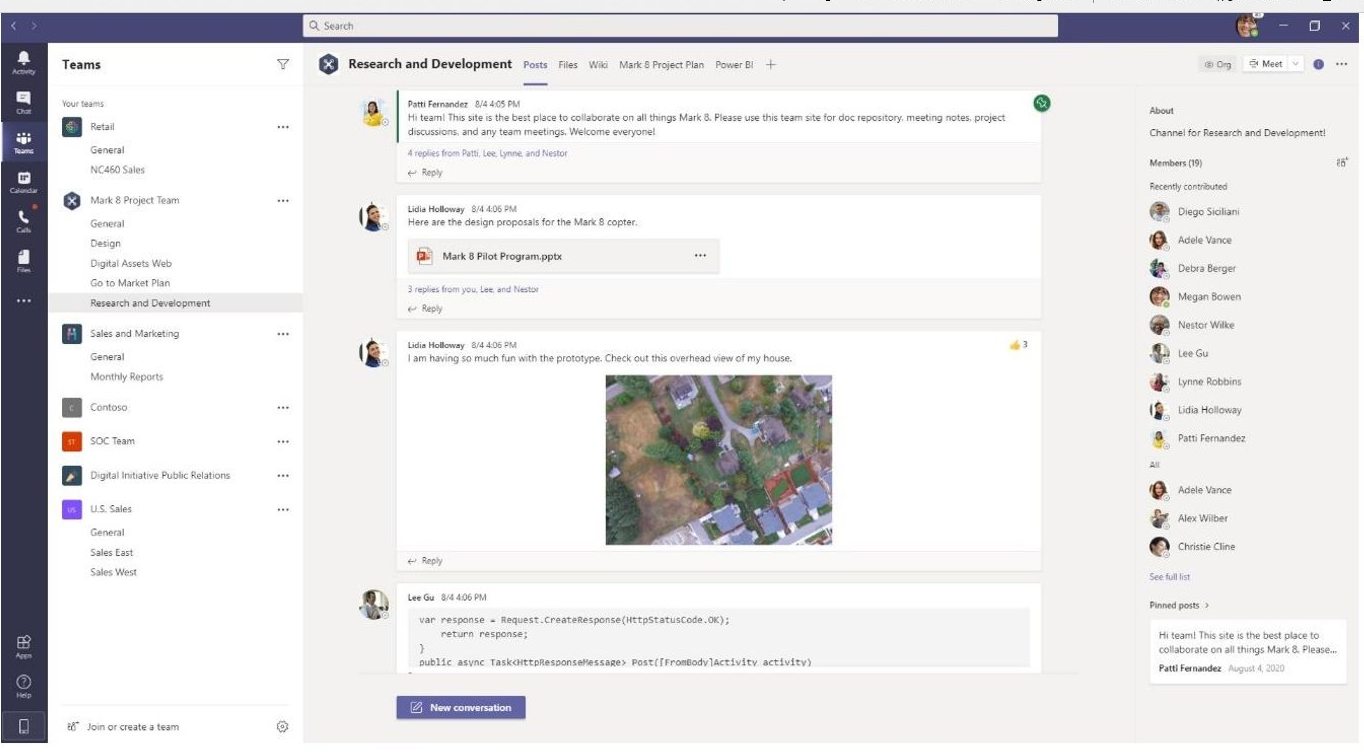 Powered by Microsoft Search and to be rolled out late this year, this new feature is aimed at making it faster and more intuitive to find messages, people, answers, and files. With AI-powered relevance based on the people and content a user engages with most in Teams and other Microsoft 365 services, Microsoft says this redesigned search results page will provide better context and faster results.

Team membership is currently limited to 5,000 members but Microsoft says it will increase this to support up to 25,000 members per individual team by later this year.

Microsoft announced this month the general availability of its Lists app in Teams for all its commercial and government community cloud customers. Lists are aimed at helping users track information and organize work. Using this feature, users can create a list directly in Teams as a channel tab.

Individuals, managers and business leaders will get insights personalized to their role with recommended actions to help them improve wellbeing and productivity. Scheduled to be introduced to Microsoft Teams in October, these features are powered by MyAnalytics and Workplace Analytics.

Also, new personal well-being features like a virtual commute, integration with apps like Headspace, and an emotional check-in experience will be available in 2021. 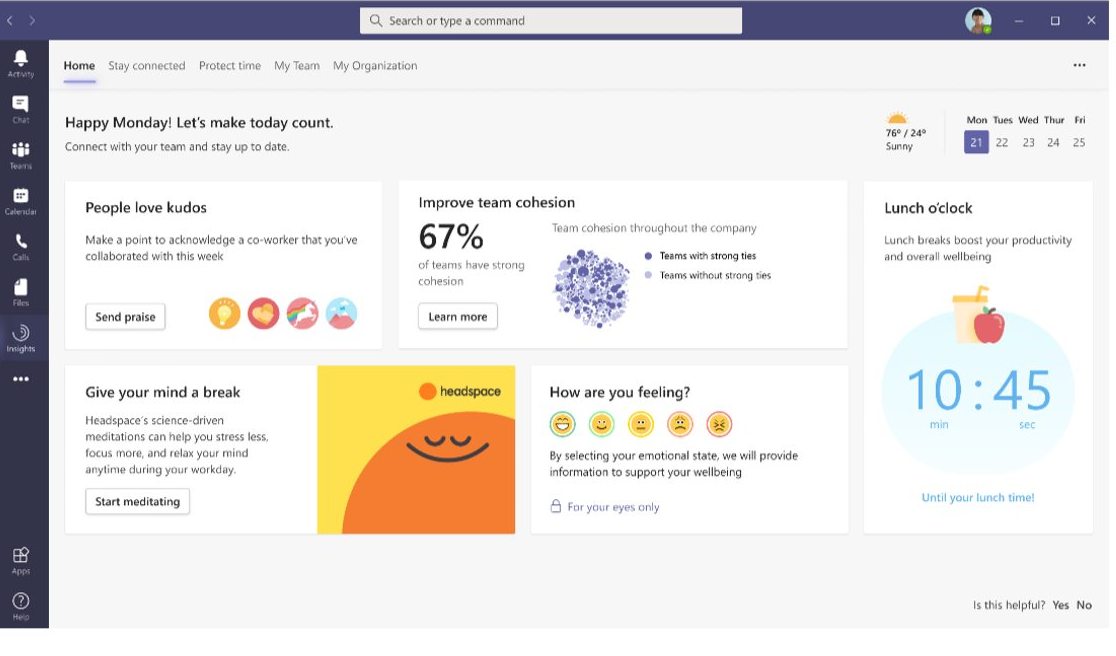 The Teams Walkie Talkie feature, which provides push-to-talk capabilities for first-line workers, is now available for Android smartphones and tablets. The functionality turns employee-owned Android devices into a walkie-talkie to enable instant communication over the cloud. 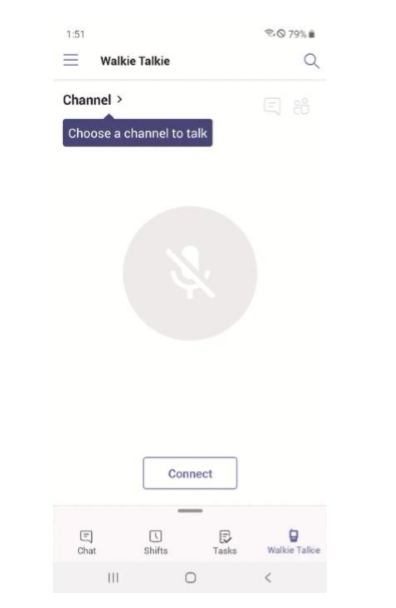 The integration with RealWear head-mounted devices, which Microsoft had launched for public preview in July, will become generally available this month. RealWear devices feature video calling, voice commands and remote assist capabilities for hands-free operation through Teams. Communication is established through the head-mounted video camera and microphone.

Microsoft is also rolling out the Power Automate Shifts Connector, which facilitates schedule management by automating processes within the Shifts application. With this enhancement, users can view all their Shifts in their choice calendar, such as Outlook. Managers can auto-approve shifts all at once and create their own Shifts templates to meet their business’ needs.

In response to the COVID-19 pandemic, many healthcare establishments have set up telehealth services. In this perspective, Microsoft is now integrating Teams into electronic health records (EHR) systems to allow clinicians to conduct virtual patient visits through their respective EHR platforms.

The Epic App Orchard system will be the first to integrate with Teams in this way. It will enable users to launch a virtual visit in Teams directly from the Epic EHR system. “Support for other EHR systems is coming soon,” the tech giant specified in a blog post.

The Nuance Dragon Ambient eXperience (DAX), which Microsoft launched last week in partnership with Nuance Communications, now integrates with Teams. The functionality enables physicians to activate DAX from within their Team workflows during consultations, so they can focus on the patient while the AI captures the conversation in context. It creates automated clinical documentation directly within Microsoft Teams. The integration is currently available in private preview.

In February, Microsoft announced the public preview of the Graph Change Notification API for messages in Teams. This functionality allows developers to build apps that can listen to Teams messages in near real-time, enabling scenarios such as bots that listen to messages on which users aren’t mentioned, or assist with enterprise information archiving.

Enterprise Information Archiving (EIA) for Microsoft Teams is a crucial scenario for many users; it allows them to solve for retention, indexing, classification and regulatory requirements. The Teams Export API enables the export of Teams messages along with attachments, GIFs, emojis and user mentions. This API, currently available in public preview, can collect Teams messages daily and archive deleted interactions up to 30 days.

Over the next few months, IT admins will be able to tailor their Teams custom line-of-business app catalogue using their organization’s branding. This new option aims to enhance the end-user experience and increase the organic discovery of a company’s line-of-business apps.

Policies allow administrators to control the Teams features available to their users. Admins can now apply policies in batches of up to 50,000 users.

The Call Quality Dashboard shows call and meeting quality at an organization-wide level for Microsoft Teams. In June, the tech giant released public switched telephone network (PSTN) data for calling plans as well as direct routing, advanced data into the dashboard. By the end of 2020, Microsoft will also preview real-time data for live events troubleshooting.

In October, developers will be able to integrate their apps into Teams meetings and create scenarios that have a deep awareness of the meeting context, including register, roles and permissions. Microsoft says it will also introduce new meeting surfaces, such as an in-meeting side panel, meeting tabs and content notifications. These enhancements aim to help developers build unique scenarios and provide end-users with a richer meeting experience. 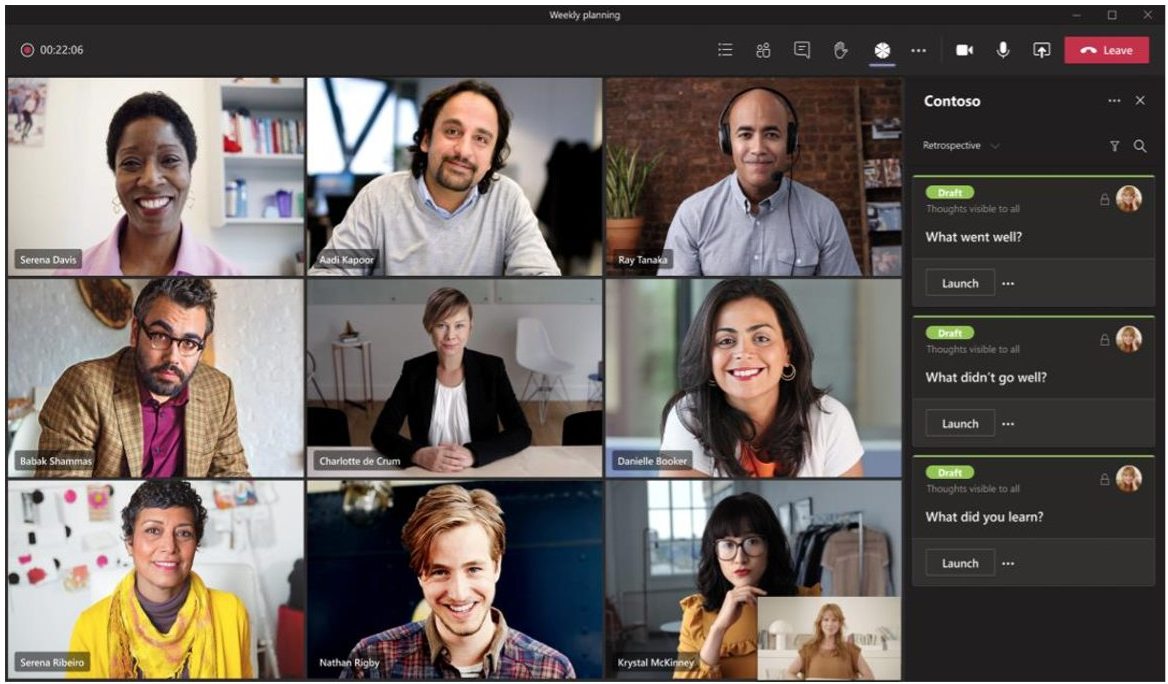 Later this year, enhancements to the Power BI app for Teams will make it easier to discover data from across the organization and create visualizations from Excel datasets right within Teams. These updates aim to help employees collaborate more effectively and make decisions based on real-time insight.

The new Power Automate app for Teams, also coming later this year, will offer an enhanced set of templates to automate work in Teams. Microsoft will also roll out “new ways to automate work,” including actions like creating a Teams meeting, as well as additional entry points such as message actions and extensions. 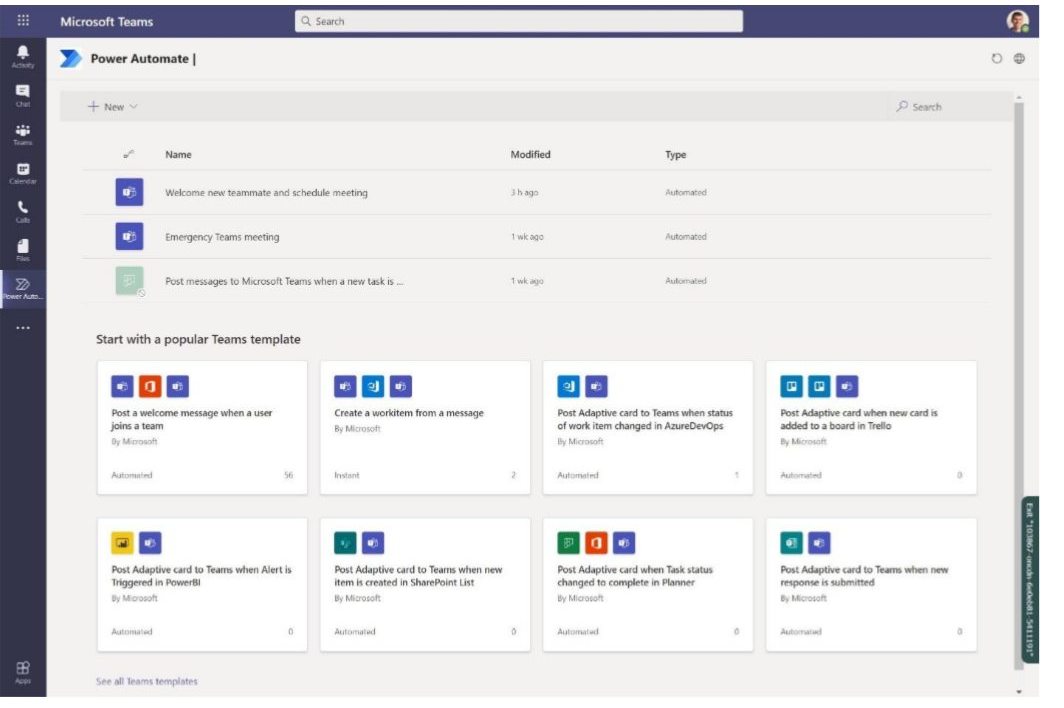 Thanks to an integration with Azure Active Directory, Teams now supports single sign-on (SSO). This feature allows developers to build apps that let users sign into Microsoft apps and services with the same account used for Teams.

The GitHub Teams app, launched earlier this month, provides developers with a single hub to collaborate across their projects and streamline workflows. A new version of the app is now available for public preview, with several enhancements on the way. Users can download it from AppSource or directly from the Teams app store.