Microsoft’s Q4 growth proves shift to the cloud is working

Microsoft has been steering right into the cloud and it appears to be working. At its Q4 earnings report, the company released that Azure revenue has increased by 97 per cent year over year.

The company reported a revenue of $23.3 billion in Q4, which ended on June 30. This is a 13 per cent year over year increase, marking a total income of $21.2 billion in Microsoft’s 2017 fiscal year. This was just the second quarter that the newly acquired Linkedln contributed to, adding $1.1 billion in revenue to Microsoft’s Productivity and Business Processes segment.

According to Microsoft CFO Amy Hood during the earnings report, for the first time, Microsoft received more revenue from Office 365 subscriptions than from traditional Office software licensing. 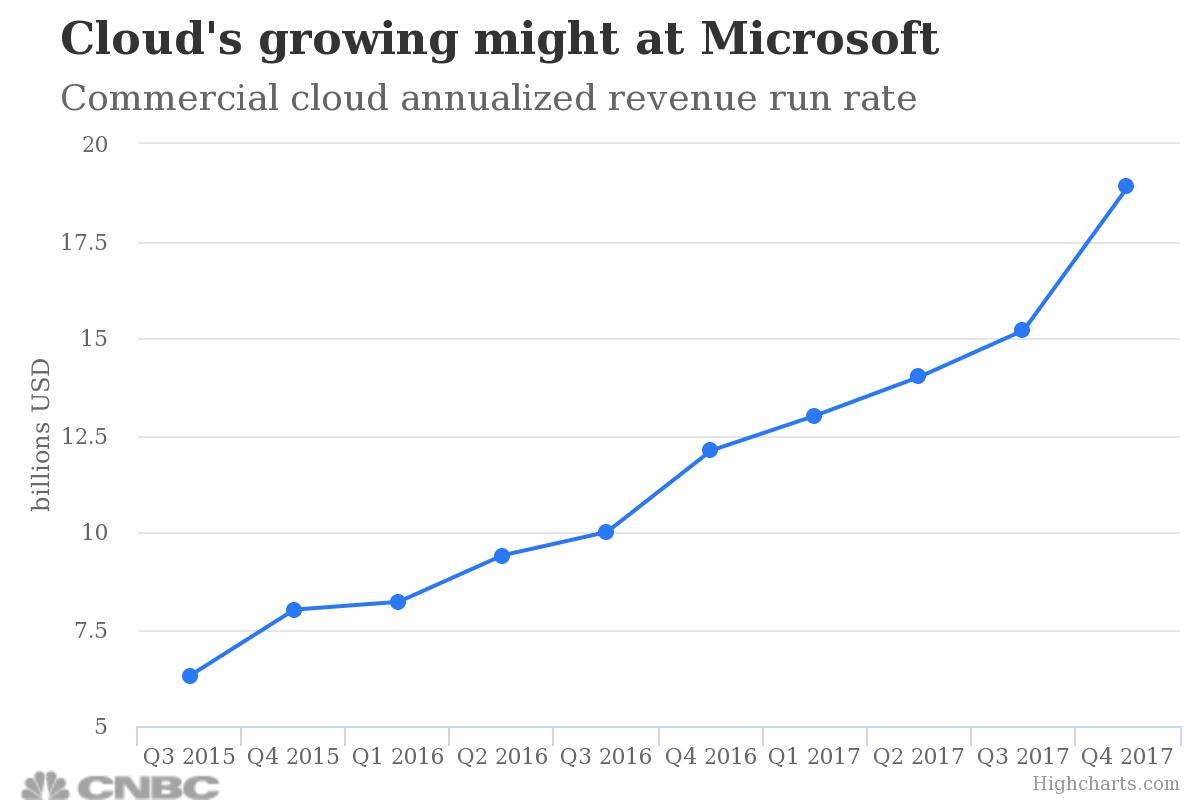 Microsoft made waves just a few weeks ago when it announced the restructure of various divisions and that it would lay off thousands of employees for an increased focus on the cloud. Microsoft Canada for instance, is losing its SMS&P (small, mid-market solutions and partners) division but gaining a new unit called One Commercial Partner (OCP) that will focus on accelerating Cloud Partner growth.

“We delivered a strong finish to the year with 30 per cent growth in commercial bookings this quarter,” said Hood. “We will continue to invest in key areas that drive future growth for Microsoft and our customers.

Another highlight from the report include that Surface revenue dropped 2 per cent. However, Microsoft attributes the slide to its product lifestyle transitions. The new Surface Pro and Surface Laptop were released on June 15, just before the end of the quarter.

Alex Radu
is a staff writer for Computer Dealer News. When not writing about the tech industry, you can find him reading, watching TV/movies, or watching the Lakers rebuild with one eye open.
Previous article
Lenovo upgrades sales incentive partner program
Next article
5 ways to create a collective experience for clients