Millennials in the channel: Understanding generational differences and the new work psychology

This is part two of a CDN series on millennials, the IT skills shortage, and the evolving workforce, which will include five articles. Stay tuned to CDN for follow-ups exploring the role of higher education, succession planning, and women in IT.

Millennials can be so peculiar.

They are suspicious of the workplace. They lack both dedication and respect for authority, not to mention they are entitled.  At least, so says Sandra Boyd.

Yet at a gathering of the Canadian Channel Chiefs Council (C4) in downtown Toronto, the vice president of career solutions at Knightsbridge, a Toronto and Chicago-based human capital firm, had one clear message for tech companies. 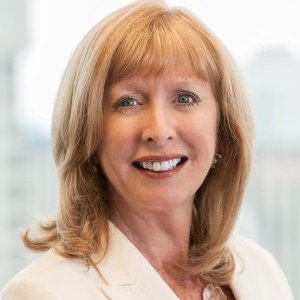 It’s time they appealed to this group.

“I admire them,” said Boyd, referring to Gen Y employees in her own office. For all their faults, they have redeeming qualities that include their enthusiasm on the job, their desire to give back and their fearlessness, not to mention their tech savviness and ability to innovate, she said.

The problem is that they are often misunderstood.

To relate to them, however, one must first compare the generations, starting with the Baby Boomers.

According to Boyd, the Boomers, also known as the “Sandwich” generation, face pressures from both their aging parents and children in university. They grew up in an era of with race riots, women’s rights, and walking on the moon, and became authoritative, traditionalist, structured (exemplified by their love of meetings), and had stable careers with a corporate ladder readily available.

The next group, Gen X, are those in their thirties and forties, and are the smallest group since nearly half of them (40 per cent, according to Boyd) grew up in single family homes.  As a result, they became fiercely independent and are also hard-working and educated.

However, she said, Gen X had “the deal switched on them” due to the economic downturn, and many were betrayed by their workplace.

Lastly, she came to Millennials.  Those in this group grew up with school shootings, political scandals, 9-11, and saw their parents downsized, lose their homes and lifestyles, and be shown the door after giving their hearts and souls to their job.

Is it any wonder, then, Boyd asked, that millennials refuse to do the same?

Gen Y, with their ability to immediately cross-reference information using technology, question the moral authority of older people.  What may seem like a nuisance to the boomers in senior management is actually a good thing, Boyd suggested, considering those that caused the financial scandals around 2008 went unchallenged.

In many ways, the more lax mindset of a Gen Y clashes directly with those of boomers, whose “live to work” beliefs include that “if they don’t see you, you’re not working,” Boyd said.

What managers need to realize, she explained, is that it’s more than just frivolous company culture at stake.  Shifting the work mindset has direct impact on return on investment in the areas around engagement, retention, and especially recruiting top talent.  She noted that companies will be competing “heavy duty” for the younger generation.

Millennials in the channel: The most highly-sought roles in IT and the growing skills crisis

How to adapt to the new millennial workforce

The conflict manifests itself outside of a company as well.  Boyd noted that in some cases vendors are hesitant to put millennials in front of customers, and are instead boxing them into junior roles, unsure of how to empower them.

One C4 member that attended the talk said that due to his age he was even asked to leave the room during a meeting with an older client.

Boyd said that this is especially problematic in IT, where older customers can also be stuck in older technologies, not just mindsets.

What’s key to remedying these conflicts is to understand what people want out of work.

“The bottom line is: we all want the same thing, we just want it for different reasons,” Boyd said.

While of the three groups, boomers initially lack the work-life balance that Gen X and Gen Y seek out from day 1, they are coming around to the idea and are trying to break the habit.

To that end, Boyd suggested, everyone wants time and flexibility, and challenging and meaningful work.  She said it’s also time that companies base productivity on end-results, not on when, how, or where someone works.

“Corporations see the light shining on how much money they can save on office space if everybody works remotely,” said Boyd. She also noted other emergent trends including unlimited vacation time for any employee, provided they have completed their work, as an example of the creativity that companies engage in in attracting and engaging employees.

Lastly, she said that companies need to stop making assumptions about their employees’ aspirations and accept there are different definitions of success.

“Every company deserves to have some of the best and brightest if they are going to survive,” Boyd said.  “Every company needs to make some mindshifts in how they allow people to show up in the workplace, and even something like working from home can change your environment completely.  Corporations need to challenge themselves.”