Motorola’s affordable smartphone gets a redesign

At Mobile World Congress in Barcelona Lenovo unveiled its next two Motorola mid-range smartphones, the Moto G5 and G5 Plus with a new aluminum design.

Other than the aluminum design change, the latest Moto devices don’t seem to be anything more than an upgrade to its predecessor. The Moto G5 uses a Snapdragon 430 processor, and has a 5 inch FHD 1920 x 1080 pixel LCD display. Camera wise, it has a 13 MP f.20 rear camera with a phase detect autofocus, and a 5 MP front-facing camera.

Likewise, the Moto G5 Plus has a slightly larger 5.2 inch FHD 1080p LCD display, and uses a Snapdragon 625 processor. It has a 12 MP rear camera with dual-focus pixels, allowing the device to shoot in 4K video. The regular Moto G5 can only shoot in full HD. The Moto G5 Plus uses the same front-facing camera. 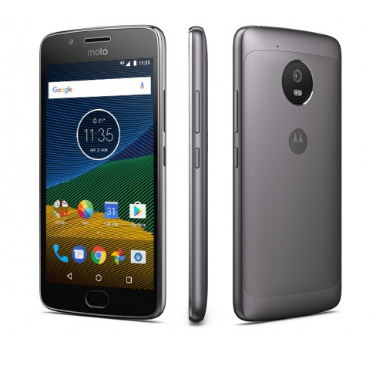 Both devices run on Android 7.0 (Nougat) and will include Google Assistant, becoming one of the select devices Google has partnered with to expand Google Assistant on this smartphone cycle. Both also have fingerprint sensors, a feature that is slowly becoming a staple on today’s smartphones.

The Moto G5 is expected to launch later this spring, with an expected price of anywhere between $250 to $275.

Unfortunately for Canadians, there is uncertainty over whether or not the Moto G5 Plus will even come to Canada to begin with. Considering there doesn’t seem to be any mention of the G5 Plus on the Motorola website, that may end up being the case.

Full tech specs of the Motorola Moto G5 are below.