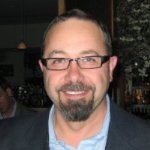 McAfee Canada president Luc Villeneuve is adding the responsibilities of the Canadian channel chief to his own with the departure of Ned D’Antonio from the security vendor.

In a statement provided to CDN, McAfee Canada confirmed that D’Antonio (pictured) is no longer with McAfee, but declined to comment on the circumstances or timing of his departure. A spokesperson for McAfee Canada indicated Villeneuve would be taking over the channel chief responsibilities, in addition to his other duties.

“Luc is dedicated to building and maintaining a strong channel team to support the company’s growing partner base across the country, as well as continuing to invest heavily in its partners by providing tools, training and programs that are specifically designed to fuel growth and mutual profitability,” said the prepared statement.

Via e-mail, Villeneuve told CDN that 100 per cent of McAfee’s business in Canada will be transacted through the channel, and he has added resources to support further channel growth.

”We’ve added people in our channel program in Canada to accelerate our growth in 2013,” he said. “No news to report on that front besides being very committed to increase McAfee Canada with our partners.”

Villeneuve is certainly no stranger to the channel, having held senior positions that included channel development responsibilities at companies such as NCR Canada, Sun Microsystems Canada and BCE.

A McAfee veteran, D’Antonio first joined McAfee as a channel account manager in 2000, steadily rising through the ranks to channel director and, finally, regional director of channel and commercial sales.