After almost 15 years running the show at NetApp Canada Jeff Goldstein was looking for a new challenge.  Goldstein told CDN that he left the storage and data management vendor for Veeam Software, an up-and-coming backup, disaster recovery and virtualization management software vendor based in Switzerland.

Goldstein will remain in Canada and has the title of vice president of Canadian sales for Veeam. With this  new job Goldstein becomes the first ever official Canadian leader for Veeam Software.

Long time NetApp Canada executive Benny Cifelli is the GM now at the Canadian operation. Cifelli is based in Vancouver. 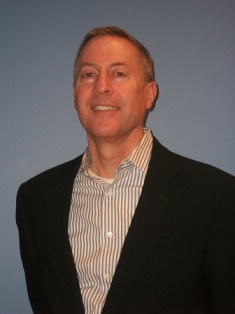 As general manager of NetApp Canada since 2001, Goldstein was responsible for managing and developing NetApp business in Canada, while overseeing all aspects of the region, including sales, engineering, business development, finance, operations, and marketing.

During his time at NetApp Canada, the Canadian operation grew to more than 100 employees and $200 million plus in revenue predominately through the channel.

Goldstein leaves NetApp at a time when the company when the Canadian subsidiary has appointed a new channel chief in Pete McNair and the company approach a billion dollars in all-flash revenue.

NetApp introduced a two-pronged approach to enable flash and cloud adoption at the same time. The first approach is Data Fabric, which allows for data management across dissimilar IT resources, either on premise or in various clouds. The second is the aggressively marketed FlexPod, the result of a partnership with Cisco.

Meanwhile at Veeam, Goldstein enters a company that has just announced its plans to expand its existing storage integration to include Nimble Storage as part of the new Veeam Availability Suite version 9.5. That product is expected to be released later on this year.

NetApp has a new channel chief for Canada