The cloud has won in the market: What’s next? 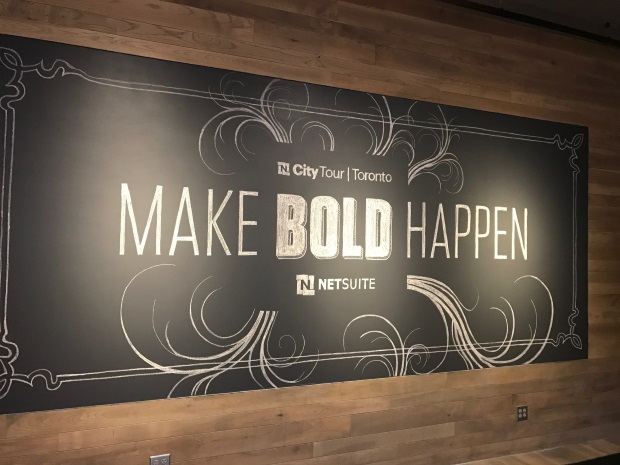 TORONTO – With 30,000 current customers, 400 new clients per quarter, and a projected revenue of almost $1 billion for the first time this fiscal year, NetSuite Inc. believes that the cloud is not the future — it is the present, and the proof is in the pudding.

“It is pretty clear that the cloud has won,” said Jason Maynard, executive vice-president of strategy at NetSuite at an event in Toronto to speak about the choice customers continue to make to the cloud. “Whether organizations are small, medium, or large, they are all choosing the cloud.”

“Customers have voted through their choice of deploying to the cloud, creating this big migration,” said Maynard. “What happens next? What happens when you have everything in the cloud? We are at the point where we know where we are going, but we don’t know the tip of what is going to happen.”

The digital era is an age where the life expectancy of Fortune 500 companies has decreased, with every business making changes in order to stay afloat, he says. It has been a shift from an ownership-based society, to a subscription-based society. With a global reach, traditional boundaries don’t apply in this era, and with new millennial norms created by digital natives with different expectations, businesses have to look forward to use the cloud into their businesses.

For example, NetSuite collects nine terabytes of data every day, which is building a massive library of business information that can be used by partners. “When you have all of this information in a centralized location, you can do some interesting things,” said Maynard.

Rob Whitfield, owner of Canadian furniture retailer Casalife, was one of the customers highlighted at the Toronto event. Whitfield became an early NetSuite adopter in 2003 in order to be as agile as a bricks and mortar retailer but also be able to handle the increasing importance of e-tail.

“NetSuite propelled us way further than ever to achieve our goals,” said Whitfield about the decision to adopt NetSuite more than a decade ago. A decision he has absolutely no regrets for. “At the time, nobody came close to what NetSuite offers, and it felt like that for years while people were playing catch-up.”

Casalife uses NetSuite for solutions in e-commerce, financials, inventory management, CRM, and order management in order to deal with the fact that bricks and mortar retailers like Casalife have to compete with not only competing small and medium-sized businesses, but with large retailers like Wal-Mart and The Brick who have the resources to use those same cloud resources.

“[NetSuite] gives the opportunity to be as big as anyone else,” said Whitfield, a sentiment that was echoed by two other customers highlighted on the stage, SecureKey and Sears Canada.

“The goal is to be nimble and agile, and create a lean ecosystem,” said Corey Messom, general manager of Innovation Labs at Sears Canada.

Just in time for Black Friday, Sears Canada has rebuilt its website with NetSuite as the core engine of the new cloud stack, allowing the company to deploy technology in 90 days; much faster than the previous multi-year timeframes for previous IT projects.

Alex Radu
is a staff writer for Computer Dealer News. When not writing about the tech industry, you can find him reading, watching TV/movies, or watching the Lakers rebuild with one eye open.
Previous article
New Salesforce partner community to speed up sales process
Next article
New VMware Canada channel chief sees new opportunities for partners