Acer is targeting business and institutional users in Canada with the launch of its new Veriton Z4810G series all-in-one desktops.

With a 23” full HD IPS display, Acer says the Z4810G series desktops are ideal for professionals looking to save desk space, and are also an attractive option for space-constrained areas such as board rooms and reception areas. In addition to the display, which boasts 1920 x 1080 maximum resolution with a 16:9 aspect ratio, the desktop can be wall mounted and an integrated 2.0MP Full HD webcam can rotate up to 180 degrees to facilitate video conferencing with multiple participants.

All in ones, detachable notebooks highlight HP’s CES offerings 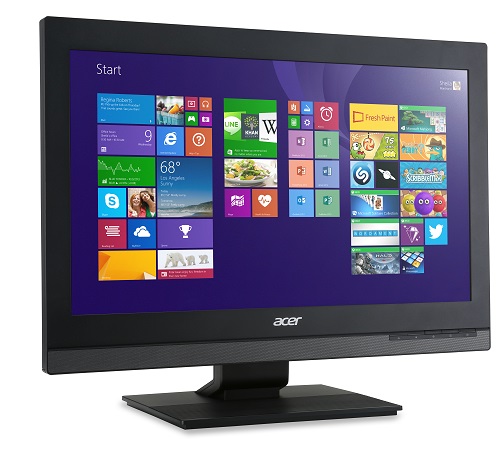 Both models have two USB 3.0 ports and four USB 2.0 ports as well as HDMI, DisplayPort and VGA connections and two mini PCI Express slots. They also feature an optical drive and 802.11 a/b/g/n wireless.

Both new models will be available through the Acer channel this month.