At an event in Shanghai, China, Microsoft Corp. announced the successor to 2016’s Surface Pro 4 – the Surface Pro.

While the new Surface Pro could be considered the Surface Pro 5, the Redmond, Wash.-based company is ditching the numeral in order to keep things simple as the Surface line grows. Just this past year, the company released a new version of the Surface Book, and introduced new products in the all-in-one Surface Studio, and the Surface Laptop, which was released at its education event earlier this month.

Microsoft has also redesigned the Surface Pro Signature Type Cover, calling it more ‘durable and elegant’ than previous versions. It takes from the Surface Studio with a new hinge that uses the same 165-degree angle. This hinge no will no longer snap if you push it too far.

The Surface Pro comes equipped with 7th generation Intel Core processors of the i7 and i5 variety. Microsoft hasn’t upgraded the device to feature the on-the-rise USB-C connectivity, as it only has a USB 3.0 port alongside the Surface connector, headphone jack, microSD card reader, and mini DisplayPort, but the company has announced that a USB-C compatible dongle is on the way. 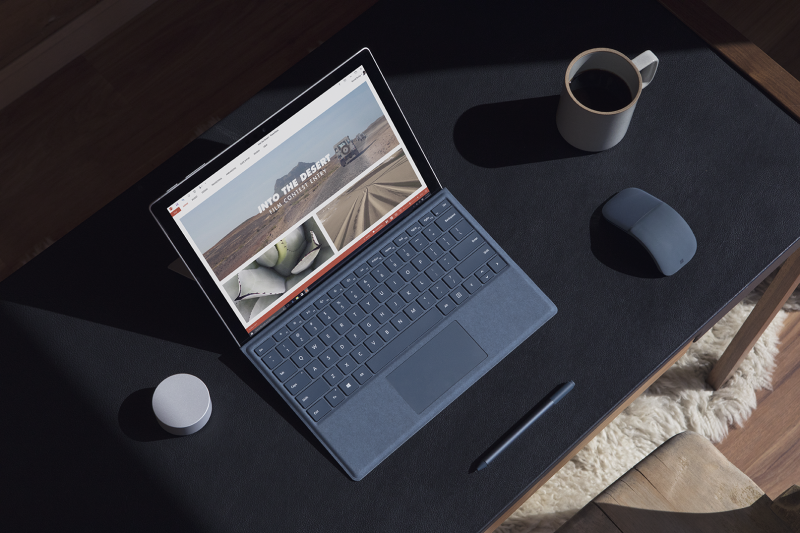 The Surface Dial, the add-on featured in the launch of the Surface Studio, is now compatible with the Surface Pro line.

In addition, Microsoft has updated its Surface Pen, a stylus we raved about in our Surface Book i7 (2016) review. It now has improved precise pressure sensitivity, a tilt mode for shading, and less ‘ink’ lag, making the pen more responsive. To expand the uses of the Surface Pen, Microsoft is updating Word, Excel, and PowerPoint with new ‘inking features’, as well as a new Microsoft Whiteboard app. 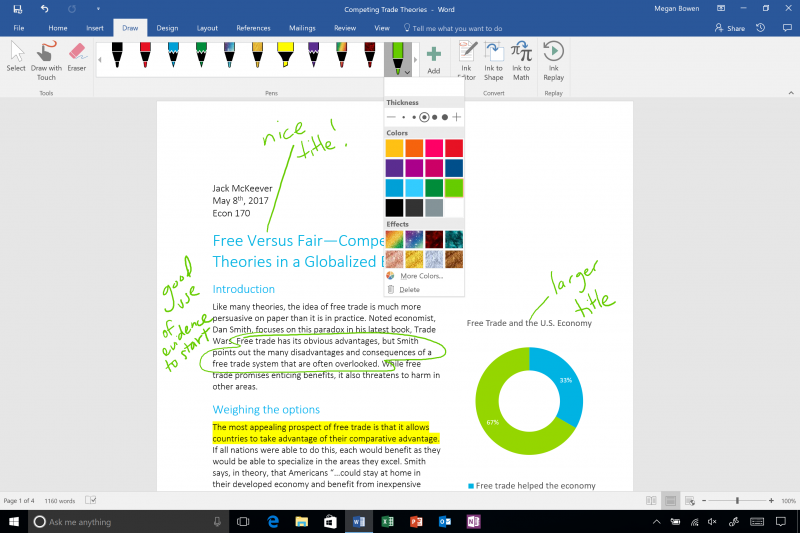 The new Surface Pen is backwards compatible with previous Surface Pro devices, but features like the tilt mode will not be available on former iterations. In the future, Microsoft will be adding tilt support to existing Surface Studio and Surface Book devices.

Alex Radu
is a staff writer for Computer Dealer News. When not writing about the tech industry, you can find him reading, watching TV/movies, or watching the Lakers rebuild with one eye open.
Previous articleVeeam adds IBM and Lenovo to its growing strategic partner ecosystem
Next articleCanada and U.S. avg mobile connection speed far behind European and Asian counterparts