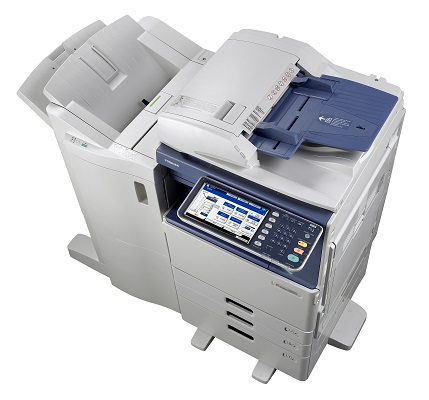 The worldwide hardcopy peripherals (HCP) market continued its recovery in the fourth quarter of 2013 (4Q13).

The 31.7 million unit shipments in 4Q13 represented a year-over-year increase of 2.0 per cent while shipments for the full year 2013 declined just -1.6 per cent, according to the International Data Corporation (IDC) Worldwide Quarterly Hardcopy Peripherals Tracker. Contributing to the overall growth was the positive performance from the laser segment, which grew 4.5 per cent year-over-year in 4Q13 and 3.6 per cent for the full year 2013.

Another factor that contributed to the fourth quarter growth was the strong market activity from three of the top five vendors, most notably HP and Brother. HP has increased its channel support and has become more flexible on pricing and incentives (e.g., HP rebate program). Brother launched several products this year that expanded its presence in the monochrome laser space and allowed it to compete like never before in the market. As a result, both Brother and HP enjoyed solid year-over-year growth in 4Q13.

Phuong Hang, IDC program director of worldwide hardcopy peripheral trackers, said 2013 was a relatively good year for major hardcopy peripherals vendors as most reported a return to some level of growth. IDC anticipates that the recovery will continue at a slow and steady pace in 2014. Effective sales execution will come from having a comprehensive product portfolio, of course, but more important is being well versed in the language of the customer.

HP dominated the market in 4Q13 with more than 12.6 million units shipped, the highest quarterly shipment total since the last quarter of 2011. The vendor grew 5.4 per cent year over year and gained approximately two points to nearly 40 per cent share in the total worldwide market in 4Q13. HP had year-over-year growth in five out eight regional markets during the quarter. The vendor closed out 2013 on a positive note, posting 0.9 per cent year-over-year for the full year and outperforming the market average by more than two points.

Canon remained the No. 2 vendor in 4Q13 with shipments of more than 6.5 million units and 20.6 per cent share in the overall hardcopy peripherals market. Although the vendor experienced a decline of -6.2 per cent year over year and lost two points of market share compared to a year ago, it produced year-over-year gains in three out of eight regional markets (Western Europe, Canada, and the U.S.). Despite its year-over-year decline in the last quarter of the year, Canon managed to finish the full year 2013 with a 0.4 per cente year-over-year increase in total shipments.

Brother was the fourth ranked vendor in the worldwide hardcopy market with 7.5 per cent share and nearly 2.4 million units shipped. The vendor grew 12.0 per cent year over year, the best results among the top five vendors, due to stronger growth in the laser segment (16.7 per cent year-over-year growth vs. 6.8 per cent for inkjet). The vendor enjoyed gains in all regions except for Latin America, where most vendors faced difficult business conditions in Argentina and Venezuela. Brother completed the full year 2013 with 8.4 per cent year-over-year growth, making it the best performing vendor among the top five in 2013.

Samsung rounded out the top five vendors in the total hardcopy peripherals market with more than 1.3 million units shipped last quarter of 2013. The vendor declined -8.9 per cent year-over-year in 4Q13, resulting in 4.1 per cent market share, down one half point from a year ago. Year-over-year gains in four out of eight regional markets (APeJ, Canada, MEA, and the U.S.) were not enough to offset year-over-year losses in the other three regions (CEE, Latin America, and Western Europe). The vendor closed out the full year 2013 with a year-over-year decline of -3.5 per cent.

CDN Staffhttps://channeldailynews.com
For over 25 years, CDN has been the voice of the IT channel community in Canada. Today through our digital magazine, e-mail newsletter, video reports, events and social media platforms, we provide channel partners with the information they need to grow their business.
Previous articleNewsmaker #20 Renzo DiPasquale, Avaya Canada
Next articleJuniper Networks re-strategizes its business