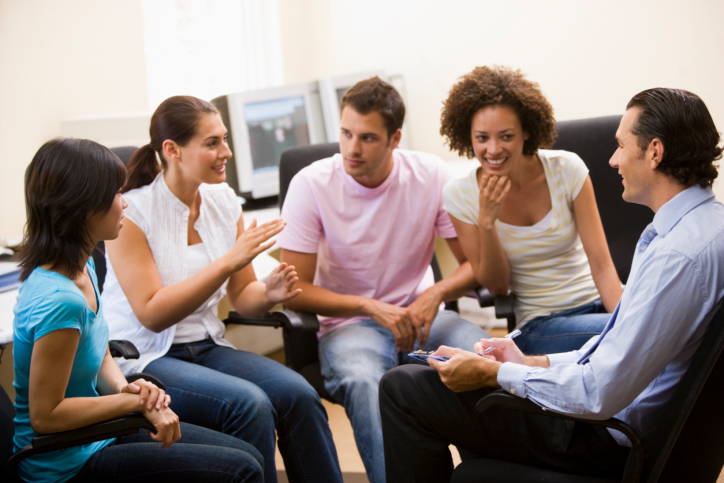 You may not realize it, but there’s a correlation between the Me Gen’s fascination with zombies, the rapid growth of smartphones/tablets, the rejection of having a computer at every desk and finally, the future of business/employment.

You can put some of the blame on the Gen Me (Boomer) folks, but they just started the ball rolling.

It’s the Gen Xers, Yers who took the science of gathering everything about everything/everyone and turned it into a fine art … too fine.

The two generations are taking the technology, turning it on its head and are rejecting mass market, mass job descriptions for individualized products and work more on their own terms.

Dan Levin, COO of Box, synthesized it recently by saying the movement is going to fundamentally change the way people view and handle success as well as changing the meaning of success.

Gen Yers now have the tools they need to take on/take out big business zombies.

Outpouring of Data – With all the connected devices there’s no shortage of information, content and data available to help businesses plan for tomorrow. The challenge is in making the best use of the available knowledge workforce.

And they know how to use/leverage them.

It’s not that they weren’t warned of the hazard.

Charlie Chaplin did a great job of depicting how folks were struggling to keep pace in his 1936 Modern Times.

Today, most economic indicators show employment projections around the globe moving up … huge in some countries, not so huge in others.

But after seeing what happened to jobs during the recent recession, you have to forgive Me Geners if they don’t believe HR people when they tell an interviewee how much the company values its people.

Especially when, according to CareerBuilders, roughly 16 per cent of them are only temp workers and even more are contract employees.

Senior managers in companies are still uncertain about the economy.

More importantly, there has been a generational shift to a “less committed” relationship between firms and workers according to Ethan Harris, global economist at Bank of America Merrill Lynch.

While there is a dramatic need for knowledge workers, CareerBuilder recently reported that 25 percent of the jobs in North America will be filled by part-timers and 31 percent will be filled by temporary employees. There are similar projections in other industrialized countries.

Gen Yers are smarter and better equipped than most Gen Xers give them credit for.

They not only don’t believe companies when they say employees are their most important asset but even view each new job as a stepping stone on their very personal experience, career path.

A survey of economists by the Associated Press (AP) early this year found that three-quarters thought the increased use of temps and contract workers represented a long-standing trend.

High Demand – The challenge for companies around the globe is to locate and use a scarce resource of individuals with knowledge, expertise and the ability to determine the right information and the best solutions. While Gen Y and younger generations have grown up in the totally connected world, they also have a different view of what’s important in their work and personal lives.

Me Generation folks and Gen Mers who have been their students know there aren’t enough good knowledge workers … anywhere. And it’s especially true in the computer/communications technology arena.

Huge Gap – Even with unlimited funding, it will be impossible for firms/organizations to capture all of the knowledge workers they need because very simply, education takes time. As a result, companies get creative in keeping and using Gen Me boomers.

The convergence of the cloud, mobile/wearable devices, apps and the people who know how to use them have produced a seismic shift that puts a lot of pressure on traditionalist managers.

Box’s Levin noted that by 2016, there will have been 44 billion mobile app downloads and many of them will be enterprise relevant.

The success of Big Data has shown that grabbing huge volumes of data very rapidly from a wide variety of sources isn’t difficult … even government agencies can do it.

But figuring out what the right information is and how to use it is the real trick and it runs counter to managers who gained their experience/expertise in managing people for productivity gains.

Biggest Impact – Naturally, the overall business market will have an impact on company growth; but most of the global firms IBM surveyed felt that the combination of technology and skilled workers could have major impact on their opportunities and success in the coming years.

But gains tomorrow won’t be about analytics, social media data and data scientists. They will involve complex knowledge skills such as problem-solving, rendering judgement and creative thinking.

The demand for knowledge workers is growing but … the supply isn’t.

Training and education doesn’t happen overnight and businesses can’t afford to wait. That means they have to be more innovative in sourcing talent, which includes building part-time and contract workforces, and making better use of older workers since young workers no longer outnumber old ones.

That militates the very thing many business leaders claim they want and will force them to develop better techniques for managing people who think for a living.

When the global economy stabilizes, the firms that grow the fastest will be those that are able to adjust their management thinking and properly utilize a flexible workforce.

Companies around the globe consistently cite talent as their top constraint to growth.

The challenge for management is to be more creative in the way they develop and manage growth opportunities.

The small task teams that focus on developing and executing new solutions, new approaches and new products will hopefully replace stale, ongoing products/services in the organization.

It is extremely difficult for the internal staff to develop and execute ideas that can actually prey on existing solutions because there is too much vested interest.

However, teams of permanent and temporary personnel can respond quickly without a lot of support.

Maximizing returns on people who think for a living can produce enormous results.

But turning this into a key resource for a competitive advantage requires much more than relying on the age-old HR “attract, deploy, develop and retain” talent wheel.

The obvious solution would be to educate, train, retrain, hire more knowledge workers but even if it were possible it would take time.

Time in today’s market-driven economy is one of the few things companies don’t have much of.