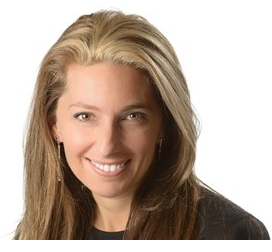 She may have come from Dell Technologies, but Tara Fine, the new channel chief at VMware Canada says her vision after 30 days in her new role is to continue with the virtualization vendor’s approach of being open and working with all manufacturers.

CDN reported on Fine’s new job with VMware Sept. 22. It’s the first example of a Dell employee moving to VMware since it was acquired as part of the EMC Corp. transaction. Negotiations for Fine’s new job began after the acquisition deal was announced, but well before it was formally closed, she says. She steps into the shoes of Donna Wittman, who is taking a leave of absence.

“It fit all the criteria of an amazing opportunity for me to look at leaving the company I’ve worked at for 19 years,” she says. It’s likely she won’t be the last employee to make a move within the new Dell-EMC organization.

“There’s going to be significant opportunities for employees under the Dell Technologies umbrella.”

With just one month under her belt as channel chief, Fine says she’s focussing on listening and learning. She’s still determining a strategy and she acknowledges the strong partner ecosystem for VMware in Canada. But she sees some opportunities that partners aren’t taking advantage of as well.

“There’s a lot of solutions that our partners are not using today that present a huge opportunity,” she says. Take WorkSpace One for example, she says, the platform delivers apps to user endpoints and provides them a one-touch single sing-on to all their work apps in one screen. It helps improve worker productivity, Fine says.

Don’t look for any significant changes to the channel program at VMware any time soon, she says. The Advantage+ program is seeing good traction since getting some changes put in place Aug. 1. This program allows channel partners to register their opportunities that they uncover and receive preferrential pricing to offer that customer if they were the first to identify the opportunity. Previously, a VMware sales rep would decide what partner to work with.

“Being predictable and offering ease of business is important criteria for partners in deciding who they want to work with,” Fine says.

Another potential VMware partner opportunity is helping customers manage a hybrid infrastructure environment, says Peter Near, director of systems engineering at VMware. He shared some statistics indicating that VMware expects business use of the public cloud will grow from 15 per cent of apps based there to 30 per cent by 2021.

“It’s important to focus on that from the perspective of everything you need to do as an IT department,” he says. “We and our partners are working on solutions that bring it all together.”

Examples of such solutions include the VMware Cloud Foundation platform, which combines the vSphere, Virtual SAN, and NSX solution for an integrated cloud infrastructure. The platform allows administrators to manage the security of their infrastructure while providing developers with access to containers for building applications.

Cloud Foundation can accessed on public cloud infrastructure provided through IBM SoftLayer, and in mid-2017 it will be available on Amazon Web Services (AWS). That will also be the case in Canada, where VMware Canada customers can use it as a public cloud implementation based on Canadian soil thanks to Amazon’s new data centres expected to go live in Montreal early in the New Year.

“It’s exciting times for Canadian enterprises looking at public cloud opportunities with more Canadian soil data centres and more partners to go to the cloud and not have multiple silos of cloud,” he says.

VMware has a goal of operating in a vendor-neutral standard, he adds. As of right now customers interested in using Microsoft’s Azure or Google’s cloud services can do so with VMwares’s Cross-Cloud Services.

Brian Jacksonhttp://www.itbusiness.ca
Editorial director of IT World Canada. Covering technology as it applies to business users. Multiple COPA award winner and now judge. Paddles a canoe as much as possible.
Previous articleThe cloud has won in the market: What’s next?
Next articleSMBs adopting UC becoming a big channel opportunity