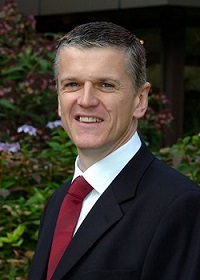 Processor vendor Intel signalled plans to grow its Canadian business in April by bringing Graham Palmer over from the UK business as its new Canada country manager with instructions for a reorganization.

Palmer has a beefier role than his predecessors, Elaine Mah and Doug Cooper. While the Canadian operation had been run as an adjunct of the U.S. with separate sales and marketing organizations reporting into North American executives, Palmer will run Intel Canada as an independent subsidiary, with made in Canada strategy.

“It’s a very holistic view of what’s happening in the market,” Palmer told CDN. “It will allow (me) to set the unifying direction for the country team, as opposed to being more business-segment focused. You have a breadth of visibility into the entire market, and can identify where there’s opportunities for collaboration and new partners.”

Intel also made a change at the top, and after a long search for president and CEO Paul Otellini’s successor came up with two executives: Brian Krzanich as CEO and Renée James as president. Both are long-time Intel veterans.

It wasn’t all personnel changes for Intel. The fourth generation of Core processors was unveiled, destined for everything from desktops and laptops to 2-in-1s, tablets, robust enthusiast and portable all-in-one systems. Krzanich said Intel wants to dominate the market, from mobility and the data centre to wearable computing.

“Innovation and industry transformation are happening more rapidly than ever before, which play to Intel’s strengths,” Krzanich said. “We have the manufacturing technology leadership and architectural tools in place to push further into lower power regimes. We plan to shape and lead in all areas of computing.”

CDN Staffhttps://channeldailynews.com
For over 25 years, CDN has been the voice of the IT channel community in Canada. Today through our digital magazine, e-mail newsletter, video reports, events and social media platforms, we provide channel partners with the information they need to grow their business.
Previous articleEnterprise focus for BlackBerry strengthened with BES12 for mobile device management
Next articleNewsmaker #14: Eric Gales, VMware Canada